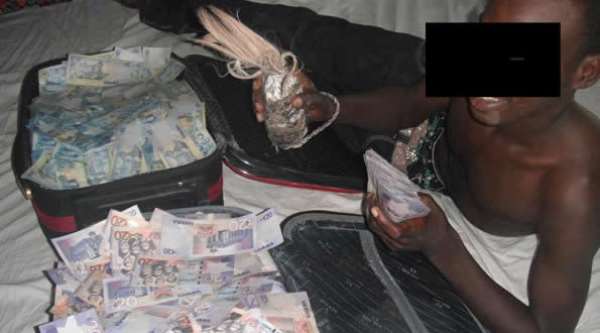 Today, when one wakes up, he is closed in on every side by peddlers of falsehood who portray themselves as having magical powers to make or charm money. I have observed that about 90% of TV stations in Ghana now give the platform for at least one of such people to throw dust into the eyes of Ghanaians.

This menace raises two concerns. First of all, these people are just deceiving novice people and robbing them off their livelihood. Secondly, there is the concern as to whether the monies supposedly charmed by these people are legal or not?

Yet, seeing all these gimmicks, the Bank of Ghana looks on quietly, and the Law Makers are sleeping. The constitution mandates only the Central Bank to mint, print, or issue currencies. If the so called monies charmed by these people legal, to say the least, is it constitutional? What are the effects on the economy?

On the other hand, if such charmed monies are counterfeit, why is the Ghana Police Service and the Judiciary (Courts) quiet over this? Why are they not arresting and prosecuting such as issue illegal, fake and counterfeit currency?

Worse of, the Churches also, and the Pastors, are quiet – doing their own business (not “my Father's business,” but their own. Luke 2:49) And how could they have a say, if their legs are in the other hole of the same trouser worn by these people – giving lotto numbers, selling oils, and making merchandise of the Grace of God at the expense of souls?

The LORD is coming, and His judgment before Him!
Rich Akpalu

Anlo Traditional Area to organise another funeral for Rawlin...
32 minutes ago