Facts About Sharia Law Around The World 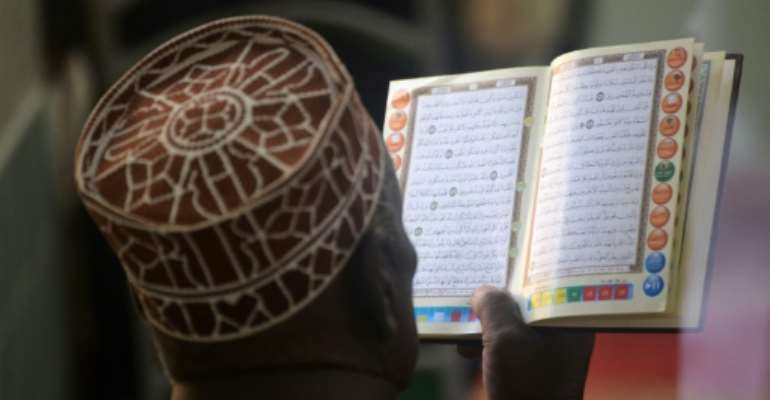 The Koran and accompanying hadiths form the basis of Sharia law. By SIMON MAINA (AFP/File)

Brunei on Wednesday introduced harsh new sharia laws -- including death by stoning for adultery and gay sex -- despite a storm of global criticism from rights groups.

Although most Muslim nations incorporate elements of sharia law in their legal systems, very few carry out the harsher punishments -- known as hudud -- which even Muslim scholars disagree on.

Here are some facts about sharia law and how it is interpreted around the world:

Sharia is a religious law forming part of the Islamic faith derived from the Koran and the hadiths -- the words or actions of the prophet Mohammed.

The manner of its application in modern times has been a subject of dispute between conservative and liberal Muslims, and it remains a contested topic around the world.

Some aspects have been widely accepted -- such as how it applies to banking -- with even Western companies introducing Islamic finance products to attract Muslim customers.

Hudud, which means "boundaries" in Arabic, is the punishment meted out for sins such as adultery, rape, homosexuality, theft and murder.

Extreme punishments are rarely carried out as many offences must be proved by a confession or by having been witnessed by several adult Muslim males.

Sharia is the basis for all Saudi law and until fairly recently extreme hudud punishments carried out in public were common.

Homosexual acts are not only illegal but punishable by execution -- although the usual penalty has been limited to flogging and imprisonment.

Beheadings and amputations by sword were usually carried out on Fridays, before midday prayers. In extreme cases, such as the rape of a child, the condemned man is sometimes ordered crucified after execution.

The law also allows for literal eye-for-an-eye punishment, known as "qisas", in cases of personal injury.

The family of a murder victim can pardon a condemned person -- often in exchange for blood money.

Afghanistan's constitution is based on Islamic law but how that is interpreted has a complex history influenced by local custom and tribal traditions.

The Taliban followed a brutal interpretation of Sharia law during their rule from 1996-2001.

For instance, they confined women to their homes, only allowing them outside with a male escort and hidden beneath a burqa.

Hudud punishments were widely practiced all over the country.

The militants now control more territory in Afghanistan than any time since 2001, and again are imposing their strict interpretation of Sharia, although they have also recently indicated they could loosen some of their strictest interpretations if they return to power.

Indonesiaâ€™s conservative Aceh is the only province in the worldâ€™s biggest Muslim-majority country that imposes Islamic law.

Public flogging is common for a range of offenses in the region at the tip of Sumatra island, including gambling, drinking alcohol, adultery and having gay sex.

Despite calls for it to end, the practice has wide support among Aceh's mostly Muslim population.

Aceh adopted religious law after it was granted special autonomy in 2001, an attempt by the central government to quell a long-running separatist insurgency.

While Indonesia has the death penalty, the government last year warned that Aceh's plan to usher in beheading as a punishment for murder was banned under existing national laws.

Sudan adopted sharia law in 1983 but since then has implemented it randomly, activists say.

Death by stoning remains a judicial punishment but has not been implemented in decades -- although activists claim that hundreds of women are flogged every year for â€œimmoral behaviorâ€ under the criminal code.

In recent weeks several women protesters were sentenced to flogging for participating in protests against President Omar al-Bashirâ€™s rule, but an appeals court overturned the sentence.

Women were not allowed to testify in the most severe cases, involving stonings or amputations, and the laws on rape or adultery required four adult Muslim males of good character to testify to the act.

In 2006, MPs overwhelmingly approved the Women Protection Law, voting that rape and adultery cases should no longer be heard under the harsh religious system, but in the mainstream courts.

Rulings in sharia courts can also now be appealed in the mainstream courts.

Some 12 of Nigeriaâ€™s 36 states have extended Sharia to criminal matters and courts can order amputations -- although few have been carried out.

The rest of Nigeria has a mixed legal system of English common and traditional law.

Adultery is punishable by death when a Muslim woman and a non-Muslim man are involved.

Although not a country, under its "caliphate", declared vanquished on March 23, the Islamic State group ran its own courts and implemented its brutal interpretation of Islam in areas it controlled in Syria and neighbouring Iraq.

It punished alleged crimes including theft, alcohol consumption, adultery, and homosexuality. The extremist group carried out beheadings, stonings and amputation, and threw men suspected of being homosexual off buildings.