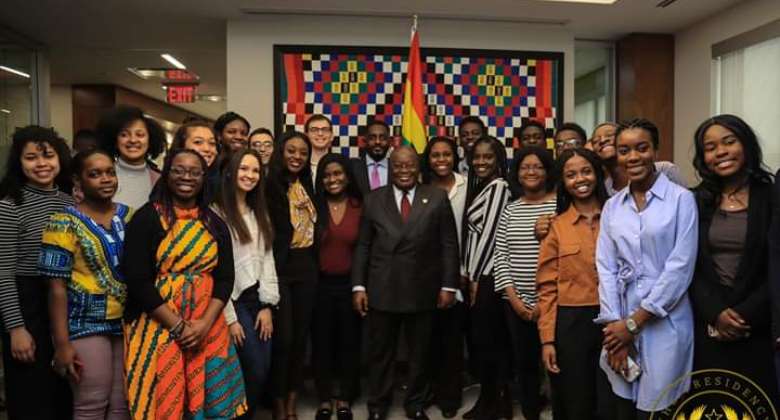 President Akufo-Addo who is on a nine-day trip to US and Cuba could not hold back his laughter when the student absolutely frustrated about the governance challenges and apparent human rights abuses in Uganda made his wish public during question after a public lecture that the Ghanaian leader had addressed on Pan Africanism.

Hillary Taylor who is pursuing masters in International Relations had been given the opportunity to ask President Akufo-Addo one question after the lecture held at the Harvard University Kennedy Institute.

But he seized the opportunity to tell how he and many other Ugandans want their leader out of power and to have replaced with a ‘true’ Pan Africanist like Akufo-Addo.

He said to President Akufo-Addo “I wish we could exchange you for our Uganda President, dictator…Yoweri Museveni has been been in power for 33 years cause we are telling him enough is enough; he has to go.”

President Museveni has been in power since 1986.

Prior to coming to power, he was linked to several rebellions that toppled notorious Ugandan presidents Idi Amin (1971-79) and Milton Obote (1980-85).