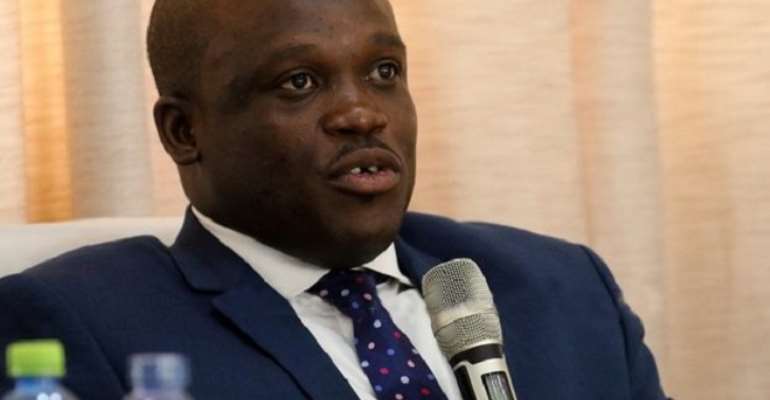 By now, it ought to have become clear to all well-meaning Ghanaian citizens and residents that the operatives of Ghana’s main opposition National Democratic Congress (NDC) went into the January 31, 2019 Ayawaso-West Wuogon Constituency Byelection fully prepared to use every unorthodox means, including the systematic and brutal application of violence, to wrest the parliamentary seat left vacant by the death of Mr. Emmanuel Kyeremateng Agyarko from the ruling New Patriotic Party (NPP). This characteristic mode of operation by the leaders of the National Democratic Congress was reportedly let on to the Short Commission, charged by President Addo Dankwa Akufo-Addo with probing the circumstances leading to the eruption of violence during the January 31 Ayawaso-West Wuogon Byelection, by Col. Kwadwo Opoku, Director of Operations of the National Security Ministry (See “Ayawaso Probe: Sam George’s Boys Dressed Like National Security Operatives” DailyGuideNetwork.com / Ghanaweb.com 2/21/19).

Now, it is rather ironic but hardly surprising to learn that the infamous Ningo-Prampram NDC-MP, who has virulently accused operatives of the ruling New Patriotic Party of having illegally recruited members of NPP-affiliated vigilante groups, such as the Invincible Forces and the Delta Forces into our National Security Apparatus should actually cross into the Ayawaso-West Wuogon Constituency with men attired in the same uniform of brown and black top as members of the Special Weapons and Tactics (SWAT) Unit of the Ghana Police Service (GPS). In all likelihood, the strategic objective of the former Mahama Presidential Staffer, going into the Ayawaso-West Wuogon Constituency, on the day of the byelection, to wit, Thursday, January 31, 2019, was to criminally sow seeds of violence and discontent, not only in the name of our National Security Establishment, but also, and especially, in the name of the Akufo-Addo-led Administration of the New Patriotic Party.

And guess what? Mr. Nartey and his NDC headquarters associates of vigilante thugs, including such prominent operatives as Messrs. Johnson Asiedu-Nketia and Samuel Ofosu-Ampofo, nearly succeeded, but for the savvy and visionary decision of the President to promptly set up the blue-ribbon Short Commission to investigate and recommend definitive means of stanching gratuitous political blood-letting in the country. Now, we know that it was, indeed, the operatives of the erstwhile Mahama-led regime of the National Democratic Congress that likely illegally recruited vigilante thugs from such party-sponsored militia groups as the Azorka Boys, the Hawks and the Taskforce and/or their organizational antecedents into our National Security Force (NSF). It also goes without saying that Mr. Nartey, the Ningo-Prampram NDC’s MP deserved far more than the two dirty slaps that he is reported to have received from presumably one or two members of the NSF. Indeed, at another time or period in our nation’s history and political culture, Mr. Nartey would have been summarily executed for free by some of the very people whom, today, the wet-eared politician claims to be his best friends and most loyal protectors.

The fact of the matter is that this thug ought not be prowling our streets and alleyways intimidating and harassing responsible and law-abiding citizens, let alone be sitting in our august National Assembly presuming to legitimately represent the interests and aspirations of the good people of Ningo-Prampram. Earlier on, we had also been reliably informed that Mr. Nartey had led a platoon of some 15 motorbike riders into the Ayawaso-West Wuogon Constituency, against the wise advice of Dr. Alfred Oko Vanderpuije, the former Greater-Accra Mayor, and our election bylaws. That angle regarding intelligence indicating that caches of assault weapons were being kept at the residence of the NDC’s candidate for the Ayawaso-West Wuogon Constituency must be vigorously pursued, notwithstanding reports quoting the Minister of National Security that no weapons had either been sighted or collected from the residence of Mr. Delali Kwasi Brempong.

For starters, reports indicate that there was a reciprocal exchange of gunfire between National Security Agents who had ventured near Mr. Brempong’s residence to search for any weapons that were allegedly being stored therein, based on what appeared to have been reliable intelligence sources. It is also clear that a rankly sexist NDC top-brass had hoped to stampede supporters and sympathizers of Mrs. Lydia Seyram Alhassan, widow of the late NPP’s MP who handily carried the day and the vote.