The Evil We Feared Has Dawned On Us @ Ayawaso West Wuogon 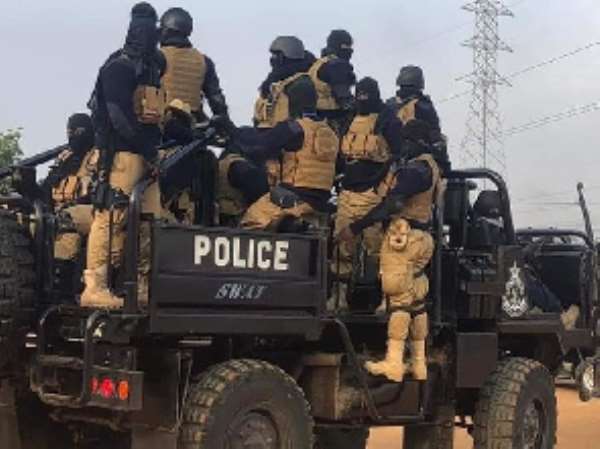 It takes a woman to make a nation and it takes the same woman to destroy a nation. Eve is a living example. The happenings in Ayawaso West Wuogon just because of an illegitimate widow harassing her way to Parliament is a spectacle too scary to comprehend.

The slay widow came, she saw and she conquered with the blood of innocent Ghanaians. The interpretation and consequences, am afraid has greater repercussions than its reputation.

Government had to send invincible forces to kill citizens before it pushes a shameless widow to Parliament? Demons have indeed taken over the country.

Everyone has seen the videos of invincible forces dressed in uniform with a police SWAT vehicle beating and shooting innocent people, even Hon. Sam George, Member of Parliament was not spared of their savagery.

The NDC had to resort to a painful option; pulling out of the AWW by-elections, and that saves our country from an impending war yesterday. If they had continued, there was going to be reprisal attacks which certainly would have led to lose of several lives. Congratulations to Chairman Ampofo and his team of intelligent executives.

This trend has no end in sight! I listened and monitored how the NPP defended and justified their moronic behavior, and came to a conclusion that Ghana is no longer safe and that Ghana is headed for Funeral Parlour in elections 2020

There was a complete failure of security yesterday, IGP Asante Apeatu is a complete embarrassment, very incompetent and his incompetence is a sustained one, because he has been useless since his appointment!

According to ACP David Eklu, the masked men we saw are not police officers but they were using Police SWAT vehicle. This means, not everyone in uniform who uses a police vehicle in Ghana is a police officer.

Now, how can we trust the security agencies and distinguish between a police officer and a criminal who uses a police vehicle?

As for Jean Mensah, I have said it before and will repeat it again, Jean is playing with the destiny of the country and risk throwing it into chaos during the 2020 elections. She failed in the referenda and she failed again yesterday. The EC is another political Party extension, the NDC stands a risk of losing if they believe the current EC will be fair to them in 2020.

The NDC must learn from yesterday's big war, that's how it would be going forward, prepare for the worst. NPP glorifies bloodshed and the earlier we embrace this obvious fact, the better for us!

And to those still wondering how elections 2020 is going to be like, yesterday, in Ayawaso West Wuogon and a few weeks ago in Oti region are the answers.

The elections in 2020 will lead to lots of intimidation, gerrymandering, killing, and many lives will be lost in the process. Per happenings yesterday, Ghana, is sitting on a keg of gun-powder.

There are lots of tensions in many parts of the country; unprecedented suffering, institutionalized corruption under the chief priest of corruption; the stakes are high, by the time the election draws nearer, it will spread round. Those fanning the embers of the present discord in the country are not relenting on their oars… No doubt, it will be too dicey.”

Nana Addo, David Asante Apeatu and Jean Mensah are complete failures, they are a total embarrassment leading Ghana to a “funeral parlour” – for opportunistic considerations in 2020. And they are bolstered by a group of hypocrites who constitute themselves into "councils" who were hitherto all-knowing and vociferous but have gone deaf, blind and dumb in the face of worse governmental atrocities. They look on as elected officials set up vampiric demonic forces to terrorize the citizens. They forget the looming civil war will not spare anyone!

At this juncture, I wish to ask of the whereabouts of our once upon a time vibrant moral and civil societies. Peace Council, Catholic Bishops, Wiseman Rev. Martey, Mensah Otabil et al, where have you been to? Are you comfortable with the current happenings? Or John Mahama is no longer the president so everything is fair now? If I get to Heaven early, I will plead with God to let me sit close to the gate, I want to see how people like you will be judged.

As for the international community, time is running out for you, remove the monkey's hand from the pot of boiling soup before it turns into Human hand! Time no dey!!!

Let all reasonable citizens realize that the 'defunct' ALL DIE BE DIE has been resurrected; every life is at risk. We need to defend ourselves in every situation. Let us resist the oppresor's rule as we always pledge else the demons will please their occult masters.