Opinion: Gabby Okyere Dako Is A Founding Member Of Mensgold And Has 26% Shares 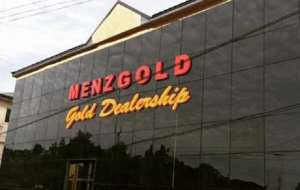 I share the pain of Mensgold customers whose monies got locked up in with the financial fraudsters who have duped over 1.8million Ghanaians of their 400milion dollars because of our President's endorsement.

I feel their pain because three years ago my capital was locked up with care for humanity and Perfect Edge who promised us 70% interest in Brong Ahafo Region.

Brong Ahafo and the three Northern Regions became a mourning zone which led to the death of over 40 people.

We were comforted with the words of Nana Akuffo Addo that he will make full payment of our investments when elected as President because the issue has to be treated as National Disaster.

Brong Ahafo voted massively for the Npp but we realized those involved in this scam like Alex Gyan the DCE for Kintampo North who was the General Manager of God is Love for the southern zone were rather given juicy appointments by Nana Addo and the Npp instead of prosecuting them.

We found out that some of the workers of God is love and DKM were we moved to work with Mensgold after government promised Justice for the customers.

Today the Finance Minister said they have paid 90% of the customers, a lie that surprised the devil himself. Thank God the customers are liaising their boots to demonstrate to government that he has lied to the people of Brong Ahafo region.

Today our situation in Brong Ahafo is not different from Mensgold. Over 1.8million Ghanaians invested in this scam business because of the massive endorsement by the President of the Republic. I remember the President saying NAM1 is one of the most successful business men in Ghana today. A statement which is an endorsement by the most powerful person in Ghana all because of the $20million campaign donations he received from NAM1 two months to the 2016 general elections.

Today the 1.8million Ghanaians are crying for their invested $400million and all our Finance Minister could say is that the investors are very greedy and selfish and deserve what happened to them.

Today we are surprised our President who was so passionate and caring in 2016 with the God is love and DKM saga has now become deaf and dumb in the country.

Today a staff of Mensgold revealed that government is quite on the issue because Gabby Okyere Dako who is a defacto Prime Minister of Ghana has 26% shares with Mensgold.

According to the Mensgold staff, this is an open secret to all those closer to the company.

No wonder government has not been able to arrest any of the Mensgold staffs till date while the customers kept on going through hell.

Today the fraud guy NAN1's house and properties are being protected by National Security because of the huge investments of Gabby Okyere Darko in the company.

Personaly I know how it feels to have your cash locked up with people who appeared to be trustworthy and later become monsters.

My prayer if for the President to look beyond his darling boy Gabby's role and involvement with Mensgold and serve justice to the people of Ghana.

The President should look beyond the $20million campaign donation from NAM1 and serve justice to the 1.8million Ghanaian whose investments are locked up.

The President should remember, this Mensgold saga is also a national disaster and the worse part is that people invested because of his endorsement of Mensgold as the best place to invest and praising the CEO as the young entrepreneur the Youths of our great nation should look up to.

Speak up Mr President! People are dying because of your endorsement!

Iam A Citizen, Not A Spectator.