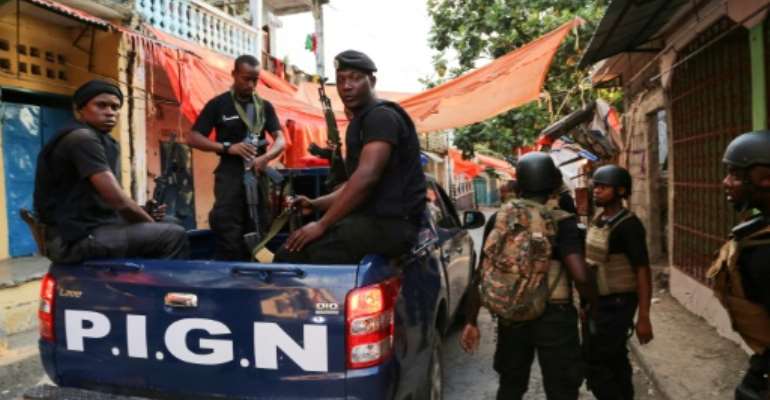 Comoros armed forces members search and patrol the medina quarter for weapons and armed men at Mutsamudu on the island of Anjouan. By YOUSSOUF IBRAHIM (AFP)

The Comoros military on Saturday regained control of Mutsamudu's old city centre on the island of Anjouan, a minister told AFP, after armed rebels staged an uprising earlier this week.

"The army has retaken the medina," Education Minister Mahamoud Salim Hafi, who has led the government response to the rebels, told an AFP team on the scene as soldiers patrolled the streets.

Comoros soldiers and rebels opposed to President Azali Assoumani had fought in the narrow lanes of the medina quarter in Mutsamudu since Monday, with at least three people killed.

Tensions in the coup-prone Indian Ocean archipelago have mounted in recent months as Assoumani bids to extend term limits through constitutional changes that could see him rule for 11 more years.

AFP reporters saw civilians emerged from their houses, some for the first time in five days.

"It was difficult to eat, except with the help of neighbours... but most difficult was that we were deprived of water and electricity," Djamou Houkoum said.

Assoumani won a widely-criticised referendum in July allowing him to scrap the rotation of the presidency between Comoros' three main islands, disadvantaging opposition-leaning Anjouan, which was next in line.