AU calls for eSwatini to end ban on political parties 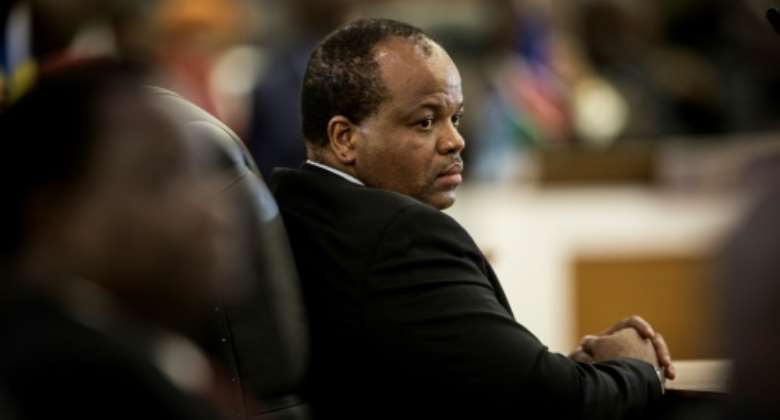 Elected lawmakers in eSwatini have little power as King Mswati III, pictured August 2017, has complete control over parliament and government as well as the judiciary, civil service and security forces. By GULSHAN KHAN (AFP/File)

African Union election observers urged eSwatini Saturday to lift a ban on political parties and allow candidates to campaign freely in the tiny country, which went to the polls this week.

The AU statement came a day after parliamentary elections in landlocked eSwatini, which is ruled by an absolute monarch and was known as Swaziland until earlier this year.

Candidates cannot be affiliated to any political group under the constitution which emphasises "individual merit" as the basis for selecting members of parliament and public officials.

Elected lawmakers have little power as King Mswati III has complete control over parliament and government as well as the judiciary, civil service and security forces.

"The mission encourages the eSwatini authorities to consider reviewing the 1973 decree on the ban on political parties and allow them to freely participate in the election," said AU mission head James Michel, former Seychelles president.

The AU also noted that campaigning was banned for the first round of voting, which "does not allow for thorough scrutiny of potential candidates."

Campaigning was allowed for one month before Friday's second-round vote -- and all campaign material had to be approved by the election commission.

Only a few candidate posters were seen, and there were no campaign rallies.

Critics dismiss eSwatini's election as a sham. Almost all candidates are loyal to the king, who appoints the prime minister, can veto any laws, and is himself above the constitution.

Mswati is one of the world's last absolute rulers and has shown little sign of pushing through reforms, despite bubbling unrest that erupted in street protests in the days running up to the election.

He has 14 wives, more than 25 children, and a reputation for lavish spending on private planes and royal palaces while 63 percent of his subjects live below the poverty line.

Without warning or consultation, Mswati changed the country's name to eSwatini ("land of the Swazis") in April.

Election authorities have released no election results or turnout figures by Saturday evening, and urged voters to be patient.