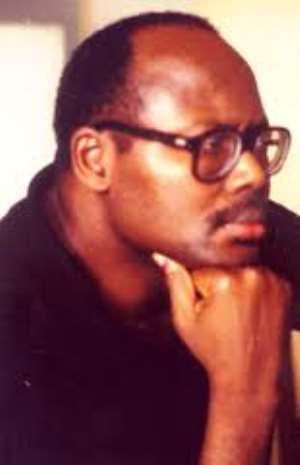 In this series-- "Political Remains Of H Boima Fahnbulleh Discovered-- The Old Version Of A Revolutionary In The 21st Century", we displayed cardinal issues that the people of the republic need to know. These are some of the most important things that have been hidden from especially the youthful generation in our Liberian society. And at this time, we will expose the many contradictions that have been permeating the political environment and present to the ordinary people a modern democratic agenda upon which we all can build and move our country to another level: underdeveloped nation-state to developing nation-state to developed nation-state.

In doing so, it is a matter of must that we expose the hypocrisy and braggadocio of people who claimed to be heaven-sent revolutionaries. We have read the history of this country and we understand the actual role played by every single individual and their major contributions to the Liberian society which have had positive impact on the lives of the ordinary people. While some believed that the building of a nation begins with unity, others strongly believed that the struggle for power with the use of radicalism is the only alternative. This is why some groups of radical cartels polluted the youth and student community, the national economy and national political theatre when they were in their prime. Some young progressive student militants remained to their respective beliefs and so, they were seen as enemies to the self proclaimed revolutionaries who were members of the radical cartel group.

Back in the 1970s, the grieve for power led to some of the major contradicttions that have been exposed today by brilliant young men. Some people at the time claimed to be progressive when they did not understand connotatively the meaning of the word. They infiltrated the political landscape and floundered rhetorics that resemble battle cries. They professed to be enlightened with higher political consciousness, and that they were going to change the political landscape which was controlled by a handful of political elites to democracy by the masses. Without fear and favor, H Boima Fahnbulleh, who is a mere reservoir of many serious contradictions is one of those failed progressives who has been lying in bed with corruption, nepotism, favoritism, and bad governance.

In March of 2005, the political leprechaun in H Boima Fahnbulleh said he fought corruption and told the Liberian people that "he would normally not come to Madam Sirleaf's rescue, but since some want to take her as part of the collective he will defend her". This which proved that this leprechaun believes that the people's struggle is no longer a matter of conviction and commitment to the poverty-stricken masses, but a job in which one makes money no matter who gives them. This is a man who seduces our Liberian sisters and claims to be an innocent person with integrity. According to Rev. Father Thomas Matthus in Economics "one is considered unproductive when he is between the ages of 60-65". H Boima Fahnbulleh is a bona fide member of such range.

Our questions then become: how can an unproductive individual manage our state's resources when he continues to present himself as the best person to have headed the Liberian presidency why in exile and subscribing to uncontrollable expired baked chicken? How can an expired political commodity be sold on the Liberian political market in this modern political era when there is already a political Josephine A. Davies? Did he struggle not for transformation but to be a mere security advisor to the mother of corruption in our country's history after speaking against her? Did he realize that the presidency is an office of fundamental and monumental responsibility and not a job in which one makes money and wear expensive suits?

These are some of the many questions that his supporters and garbage paraphrasers need to answer before taking to social media their trashy items they called literatures. After Fahnbulleh and his so-called revolutionaries paraded the streets cajoling our people that they were the redeemers of the land, with one Togbah Na-Tipoteh who claimed to be the most educated person during the time, they overthrew the William R. Tolbert's government on April 12, 1980 with credit also given to Master Sergeant Samuel K. Doe.

Many young Liberians were highly motivated and made to think that progressive changes were at the end of the tunnel and that the train had reached the end of the tunnel. Unfortunately, in 1984, great disappointment surfaced when the so-called progressives dismantled their revolutionary machinery and divided themselves to chase the Liberian presidency. They formed several political parties, and bitterly fought for more than 25 years against one another to grab the president’s seat as if it were a boxing trophy. Some of them even formed rebel organizations when things didn’t go their way, while the rest supported rebel movements seeking to oust elected governments.

Today, they have become failed progressives and are now begging for handouts from their godmother Ellen Johnson Sirleaf; opening the president’s door, chasing presidential motorcades and performing police duties such as directing traffic and telling folks where to park their vehicles. Some of them even grumble when younger Liberians occupy positions in government. Lots of them are extremely upset because no one seems to pay them any attention, and that most of them have not been offered decent or well paying jobs in the Sirleaf-led government.

The trouble is that some of these losers prefer anarchy over stability, because they have attained the tyrannical skills of mayhem and will not hesitate to apply it against the masses they claimed to care about. And that they will do anything to remain on Madam Sirleaf’s gravy train.

It is shameful and heart-broken to note that nearly 35 years of our lives were taken for a free ride by these fake revolutionaries, who rubbed our nation, plundered into our resources, and desecrated our country, taking us 100 years backwards.

Now, without any compulsion, these losers want us to believe that they still have the solutions to clean up the political mess that they created in Liberia. This our man who served as National Security Advisor to Madam Sirleaf left her vulnerable and declared his intention for the 2017 legislative and presidential elections. What a contradiction!!! After being defeated by the then president Charles Taylor in the 1997 presidential elections where he obtained nothing more than two thousand votes at the time he considered himself popular. Most frustratingly, he saw a political lucky ticket in the 2017 legislative and presidential elections. He played, but lost to His Excellency George Weah, current president of the Republic of Liberia. Meanwhile, he was still in his parents house at the time and didn't settle as an independent person. This man has been rejected several times by the people because he lacks the vision.

Back in 2006, in the time of no war no peace in the republic, H Boima Fahnbulleh, the old version of a revolutionary presided over the state security as National Security Advisor to Ellen Johnson Sirleaf he once referred to as "Jezebel". Before his resignation in 2017, for the first time in our modern democratic dispensation the country got hit by rampant killing leading to the demise of James Gray, Harry Greaves, Michael Allison, and the likes of Shaki Kamara and former GT Bank manager who also got killed in January 2016. He remained silent on those issues which raised eyebrows and frightened the Liberian people. For us as young student militants, in the conduit to confront the many contradictions penetrating our country's political landscape, we don't sing praises to demigods for every generation must fulfill or betray its mission.

Our man whose political remains have been discovered and metamorphosed into an intellectual waste manager and political yagi satisfactorily betrayed the dream of his generation. The struggle for the redemption of the people which the late Bacchus Matthew and other astute and accomplished revolutionaries saw as important was seen to those few kleptocrats (H Boima Fahnbulleh is no exception) as a commodity for sale. Today, HB as some of his colleagues called him sits in exile and using some kids who abandoned their family in the name of traveling to spout insults at generational leaders in an effort of easing himself of his frustration. He was warned yesterday by the masses but failed to listen and today, history has captured him.

There is only one option; take the side of the masses or receive their lashes!