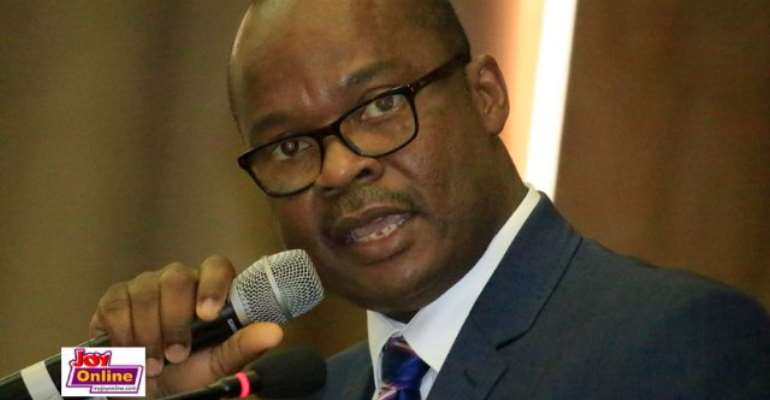 The Governor of the Bank of Ghana (BoG) has disclosed the reasons for the solvency of the five banks which have been taken over.

Dr Ernest Addison revealed at a press conference Wednesday that three of the five banks obtained their banking licenses by false pretenses.

Beige Bank, Construction and Sovereign Bank’s licences “was obtained by false pretences through the use of suspicious and non-existent capital,” he said.

“Beige Bank and Construction Bank were each granted provisional licenses in 2016 and launched in 2017. Subsequent investigations conducted by the Bank of Ghana, revealed that similar to the case of Sovereign Bank, both banks obtained their banking licences under false pretenses through the use of suspicious and non-existent capital, which has resulted in a situation where their reported capital is inaccessible to them for their operations.”

“In the case of Sovereign Bank Limited, as part of Bank of Ghana’s investigations into the failure of Capital Bank Limited (currently in receivership), it emerged that Sovereign Bank’s licence was obtained by false pretenses through the use of suspicious and nonexistent capital,” the Bank of Ghana boss, Dr. Ernest Addison stated at a press conference on Wednesday.

Other banks which have been incorporated into the new Consolidated Ghana Bank Limited are Royal Bank and uniBank.

According to Dr Addision, “uniBank and Royal Bank were identified during the AQR update in 2016 exercise to be significantly undercapitalized. The two banks subsequently submitted capital restoration plans to the Bank of Ghana, These plans, however, yielded no success in returning the banks to solvency and compliance with prudential requirements. The Official Administrator appointed for uniBank in March 2018 has found that the bank is beyond rehabilitation.

He added that “in the case of Royal Bank, an on-site examination conducted by the Bank of Ghana on 31st March, 2018 revealed a number of irregularities. Its non-performing loans constitute 78.8 percent of total loans granted, owing to poor credit risk and liquidity risk management controls.

“A number of the bank’s transactions totaling GH¢161.92 million were entered into with shareholders, related and connected parties, structured to circumvent single obligor limits, conceal related party exposure limits, and overstate the capital position of the bank for the purpose of complying with the capital adequacy requirement," he said.