What And when Is The Next Jubilee Year? 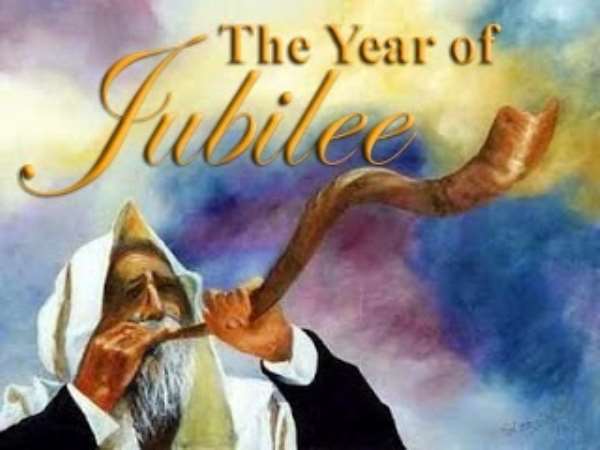 Furthermore, since the Holy Temple has been destroyed and the great Sanhedrin dissolved, we have suspended calculating the Jubilee year.

In the 6th century BC, the Assyrians conquered the Northern Kingdom of Israel and sent the majority of its population into exile. Those who Israel deported are historically known as the Ten Lost Tribes. We are certain that before that point in time the jubilee was regularly observed.

We also know that with the destruction of the Second Temple (AD 70- author's note), and the disbandment of the Sanhedrin (Supreme rabbinical court) we ceased to mark the Jubilee year in any form.

The archive of tribal and genealogical records are said to have been burned during the conquest of Jerusalem. The birth of Christ is not set in the year 1 but approx. 4-6 years before the calendar "after Christ's birth). So the Jubilee year is with -44-46 "n. Chr. G. "94-96 etc. etc.

The Roman Catholic Church proclaims, in the same way, jubilee years (100, 200, etc.) and in the fiftieth year (50,150, etc.) years of remission. Deutsch Bank's Chairman of Board of Managing Directors, Alfred Herrhausen, called for debt relief for developing countries at the 1987 World Bank meeting in Washington.

Two years later, five years before the jubilee year, he was murdered in his armoured vehicle by a bomb of unknown men. The "jubilee years" would prevent the creation of large differences in ownership worldwide if they were observed.

The annulment of the due corrections of possessions by disasters created at that time, namely the expulsion and murder of millions of Jewish claimants, made it possible to accumulate gold and property in the hands of members of some families, especially the Levi= Aaron = Cohen priest's families, which were in the Pentateuch.

Adolf Hitler
In his speech on January 27, 1932, Adolf Hitler warned "over 600 magnates of the Industry Club, bankers, corporation lawyers, editors, and publishers": "For fifty years, you can build up the best economic system on the basis of a principle of achievement, for fifty years, you may go on building factories, for fifty years you may amass wealth, and in three years of mistakenly political decisions, you can destroy all the results of the work of these fifty years."

He was clearly warning his audience about the Jubilee year observance.