Miasma Of Lies From The Pit Of Hell 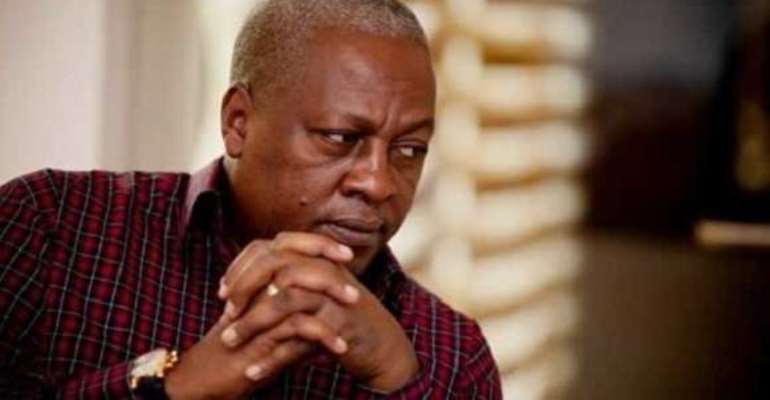 Somewhere early last year, Vulture Feather told me that a group of media gurus sympathetic to the Elephant met to provide a roadmap for making the young man from Bole unloved; in their estimation, the former president’s popularity was soaring by the day, and saw the need to scuttle any desire of his comeback. I will mention names if pressed far enough.

Part of their plan is to throw false accusations against the Bole man, his family and appointees. And this confirms my sneaking suspicion that JM’s perceived comeback is giving some people sleepless nights. He is seen as a shoo-in for re-election.

In truth, I was startled if not shocked to read some trails of useless knickknack fibs that the former president and wife own 13 houses in the UK. I have decided not to breath a word on those useless fabrications, but I’m compelled not to skirt this one. I feel like retching when I hear such blatant lies.

The salient fact which has to be faced is that those allegations are false! I will explain.

First the online portal “GhanaMag.com” which carried the story is fake.

Other evidence is not far to seek. The purported houses were said to be bought when the former president received a honorary Doctor of Laws (LLD) from University of Aberdeen in Scotland in March, 2016. Interestingly, Mr. Sandow Seidu Kpebu, former press aide to Mrs. Mahama who was reported to be part of the team that bought the houses has not traveled to the UK since February, 2012. Mr. Seidu is a good friend, and I know this as a fact. Anyone who is in doubt should check the records at the Kotoka International Airport. So, this makes the fabrication intolerably silly, doesn’t it?

The story is an incongruous mix of folly, wickedness, and perhaps witchcraft. My only problem is that ignorance can be easily dealt with; but stupidity is tougher. It is as simple as that. Please forgive me for my choice of words, I’m angry; my brain is screaming with electric fury! I’m sore sick about this rubbish!

The young man from Bole is everything his detractors are not. Intelligent. Bold. Peaceful. Humble. Skillful. Charismatic. I’m not apotheosising JM, I’m stating a fact. Let this company of devils use dirty tricks; he would use finesse to overcome. But I want to promise one thing: if this nonsense do not stop, those behind these dastardly acts will pay in the currency that would cost them most.

They are standing on a pedestal of shame, and will soon be unmasked. A quote from Eric Tang will be relevant here: “You will lose trust of people when you lie. You also lose your value as a person when they find out the truth.”

It however, remains to be seen if these attacks will have any effect on the Bole man because it is a truth universally acknowledged that things come apart so easily when they have been held together with lies.

Those accomplished liars and mental midgets should carry on with their miasma of lies from the pit of hell – their boss, the devil is happy with them, and their reward is coming in no time; swift and bountiful!

Posterity is still judging, and will continue to judge the young man from Bole. He is the type of person most people will look again; either with admiration or, more likely, envy. No one can suppress a cork in water. “For the Lord almighty has purposed, and who can thwart Him? His hand is stretched out, and who can turned it back?” Isaiah 14:27.