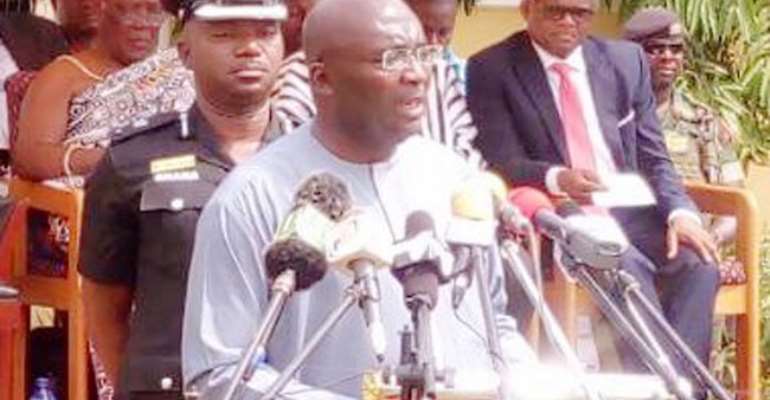 LARGE SCALE rollout of national ID cards to Ghanaians will begin next month as government finishes the ground works for the exercise to be carried out at the regional level by the National Identification Authority, Vice-President Dr. Mahamudu Bawumia has said.

According to him, the government has planned to start issuing significant volumes of the national ID cards in line with its goal to formalise the economy and create development inclusion for the citizenry towards the “Ghana Beyond Aid” vision.

Speaking at the opening ceremony of a two-day conference of Regional Ministers in Kumasi, the Vice-President stated that the Ghanaian economy needs formalisation for it to be built beyond aid.

“For 60 years we have operated largely as an informal economy. And when an economy is informal, it means that so many people are excluded in terms of accounting for what we do; systems don't work; tax revenues are much lower; and people cannot be uniquely identified to know where they live and what they do,” he noted.

Dr. Bawumia said most of the Ghanaian citizens do not have address let alone access to a bank account for which the government led by President Nana Akufo-Addo has begun the process to reverse so as to ensure inclusion of all and sundry.

He disclosed that the national ID card will essentially make sure that every resident of Ghana is identified, and added that the National Identification Authority would move from region to region to register everyone.

“You as Regional Ministers as well as Metropolitan, Municipal and District Chief Executives will be central in the execution of the national ID card registration process,” he indicated.

He intimated that government had already put in place a digital property address system that can generate digital address for the people and easy locating of properties and places where people live.

Collins Dauda is being prosecuted for Akufo-Addo's recklessl...
59 minutes ago