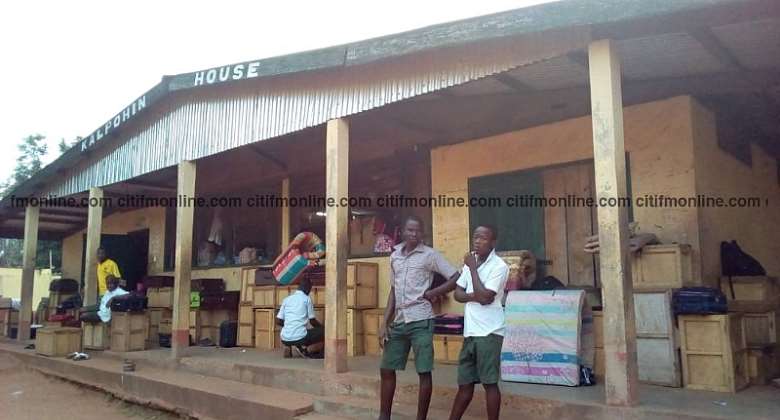 Bedbugs have invaded Kalpohin Senior High School in the Tamale Metropolis where some of the students have been exposed to insanitary conditions and bad weather.

The school like others, is also facing serious infrastructure problems due to the implementation of the free SHS programme, forcing some of them to sleep on the school’s veranda.

The influx of these tiny blood sucking insects called bedbugs is as a result of overcrowded dormitories there.

The school is located at Kalpohin Estates, and it is closer to the Northern Regional Coordinating Council.

Kalpohin, Nyanshegu, Salamba and Tishigu, are the four houses there, and some of the dormitories are converted classroom blocks.

Valuables including books, bags, chop boxes and student mattresses are kept outside.

About 60 female students who share 25 beds in a Citi News interview, narrated their ordeal saying, “In the girls dormitory, some of us are lying down on the floor and there are some insects called bedbugs, they disturb us a lot if you are lying down.”

“The beds are not enough and we are about 60 in number and we are sharing 25 beds. Some sleep up and some sleep down and some of us sleep on the floor.”

They appealed to government to fix the infrastructure deficit there. “Since we reported to school last month as first years we sleep on the veranda.”

Following Citi News' earlier report about the dire situation at Vitting Senior High School, government has promised to fix the myriad problems there.

According to him, the Northern Regional Coordinating Council in collaboration with the regional directorate of education will liaise with the Ministry of Education and the GETfund secretariat to fix the problems.