The Brightest And Fairest Of All 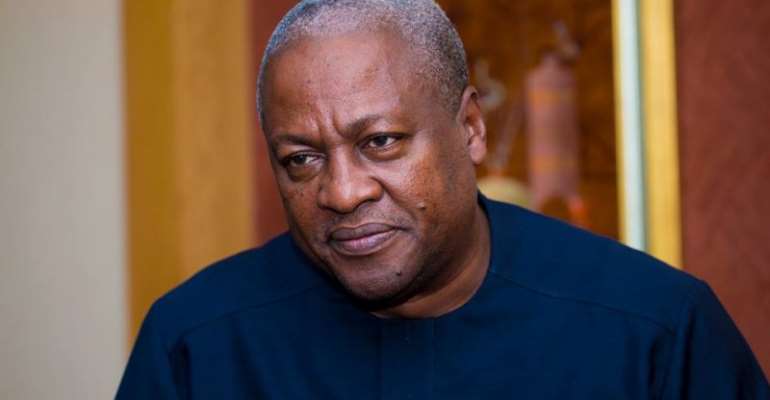 Folks, I trust you are all doing good. I have resolved not to worry about the baseless criticisms some people are making about former President John Mahama anymore, do you know why? My reason is that no leader in in this country has been spared of such acts of unfairness; not even the great Osagyefo Dr. Kwame Nkrumah! This is unconscionable, and that is how shamefully notorious human nature can be. Anyway, should this be a surprise? Luke 6:26 of the Holy Bible has this to say: “Woe to you when everyone speaks well of you. . .” Thank God posterity has been the judge as to what any of these state-men achieved for their country. And I believe the same posterity is judging JDM.

This makes me wonder who an ideal leader is, and a research I made has shown that an ideal leader could be judged by 5 traits: 1. A person of integrity 2. A servant leader 3. The courage to make difficult changes 4. A thinker and a doer 5. Good communication skills.

Former President Mahama has them all. He is a gentleman of complete integrity; he has been fairly truthful and has accepted responsibility of issues where necessary without putting blame on the doorsteps of others.

Former President Mahama has a heart of a servant leader, his humility is matchless; one may loathe him, but one can never take away from him his virtue as a listening leader. He does not see leadership as an opportunity to exert power, but as an opportunity to induce positive change.

JDM is a champion of change, and has the courage to make difficult changes, and I am sure he is going to make some tough changes soon. He has made a powerful statement on change which stands out as one of the best quotes ever made on the continent of Africa.

"Ghana was created through change, a movement of the people in support of their collective vision. And now the time has come for us to move to the next level, and we must work together to be able to achieve this. Without sacrifice, effort and determination. . .there can be no progress."

"We are in the midst of change. And can often feel uncomfortable, especially as it pulls us away from the systems and practices with which we have become familiar, but are no longer serving our needs efficiently. Without change, Ghana cannot grow."

On the subject of Thinkers and Doers, an effective leader cannot be one or the other, but must be both. In the history of America for example, Herbert Hoover was a Thinker and Richard Nixon was a Doer. They were both failures as presidents. An example of a Thinker and a Doer is Franklin Roosevelt, he rethought America's economic landscape and laid the foundation for what is now called the Middle Class.

Former President Mahama toed the line of Roosevelt by thinking and doing. He laid a foundation for a better Ghana just as Roosevelt did for America. Some of his achievements within his first term as president will blow your mind. They are as follows:

The fifth and final trait of an ideal leader is one's communication skills. Franklin Roosevelt is considered one of the best American Presidents partly because he was so good at communicating with the public. Of all the God-given gifts of former President Mahama, the one that is eminent is his ability to speak, and even those who don't like him know and appreciate this.

Given the above facts, we don't need a rocket scientist to tell us that His Excellency former President John Dramani Mahama is the Brightest and Fairest of all. He is a tsar of our generation!