The Calls For Restructuring: Cacophonies Of Complete Confusion? 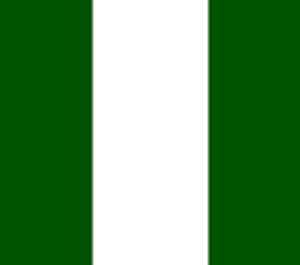 What is the purpose of the Nigerian National Assembly? Should it be dismantled as irrelevant? Should Nigeria constitute a parallel law making body? If so, how will its members be selected?

These are the vexing questions which, begging for attention and answers, these are the elephants in the room being ignore since the onset of the National Conference and Restructuring noisemaking in Nigeria!

At first, it was the so-called Sovereign National Convention, then the National Political Confab and now, the mother of all jaw-jaws : the Restructuring or True Federalism Conference during the tenure of President Olusegun Obasanjo and President Goodluck Jonathan respectively.

Nigerians from the Southern parts often hinge these loosely defined and loosely understood schemas on Resource Control acting as prodigal sons of Nigeria; while Nigerians from the Northern parts argue for the retention of national power structure, which is determined by their Southern counterparts as lopsided.

In the past, I have written reactions to these National Debates in which I argued that Nigerians from both sides of these debates ought to focus on making the National Assembly serve its purpose. The purpose of the National Assembly is to make and amend laws, including the fundamental laws of the land, the Nigerian Constitution.

All those who are seeking a parallel organ which would make laws for Nigeria, in order for restructuring to take proper effect, seem to be talking over the heads of the very existence of the National Assembly!

We might as well be asking for the National Assembly to be dismantled!

The Sovereign National Conference and now, Restructuring have become cannon fodder, monumental distractions and a potpourri of deceit by the most corrupt, inept and inefficient politicians and public officials in Nigeria. Whereas, corruption is an existential threat to Nigeria, and tackling and decimation of corruption should be job number one.

Those who should be focused on tackling or solving local, state, and national issues such as mass unemployment and the dearth, neglect and abandonment of public infrastructure, now hide in these nary debates as excuses for their absence of plans and passion for public service.

States and Local or Municipal authorities which are headed by completely inept politicians and public officials, who neglect to perform basic governmental functions or tasks, such as garbage removal, sanitation, traffic controls, drainage and other elemental forms of government in the village and town levels, blame their monumental failures on the structure of Nigeria.

Clearly, the current structure of Nigeria cannot be the reason why Nigeria has slipped into complete national dysfunction and regression. It cannot be that, the only time systems in Nigeria will be effective and efficient is when every ethnic group has a nation named after it!

It is the case that within the 36 federating states and Federal Capital Territory of Nigeria, many of these localities have distinct ethnic, religious, cultural and linguistic groups.

Differences in languages, religions or cultures are certainly not the reasons why Nigerians are unproductive, inefficient and corrupt. If these were the predicates, then, how is it that America is a nation where productivity, efficiency and transparency are watchwords, despite her diversity?

Following this line of argument, the Nigerian military would never win a war as it would lack cohesion, absent similarities in our national variables of languages, regions, and religions as is being conversed and canvassed!

Perhaps the reason for Nigeria’s poor performance at a majority of International sports events; is the absence of linguistic, regional and religious similarities? But, could it be as a result of neglect of the sports subsector of the Nigerian national life?

Serious competitors train daily and often with state of the arts equipment, dedicated athletes, coaches and administrators, with governments willing and able to make needful investments in sports development, long term, no ad hoc basis, not when it is three months before the Olympics or World Cup, as every Nigerian government has always done!

Many states in the Northern parts of Nigeria, must also have colonies of states created for Hausa, Fulani in the current Borno, Kano and Sokoto states etc. Similarly, separate states must be created in the current Benue state in order that distinct colonies could be formed for the Tiv, Idoma and Igala respectively!

I do not want war in Nigeria. I do not want war between Nigerians as a consequence or resultant effect of religious, ethnic or regional differences. But, all too often, our National debates are subsumed by undertones of these multiple variables which I have previously termed negative-common-denominators. Our national narratives have been hijacked by an unstated “Us versus Them”.

In my opinion, nothing is wrong with Nigeria or Nigerians, but, perhaps our political class need to move, therefore, if I were interested in any wars, the war which really interests me is a class war!

This is because I am thoroughly familiar with the fact that the needs of the average Nigerian citizen are essentially the same, regardless of regions, religions and languages.

A plurality of Nigerian citizens are interested in every strata or level of the Nigerian government finding solutions to national security emergencies such as unemployment, inflation, power failure, terrible/deplorable road networks in Nigeria, absence of potable drinking water other than sachets and bottled water. How can anyone, how does anyone maintain personal hygiene without water from waterworks? Nationwide, the ubiquitous Mai Ruwa have become substitutes for Water Board or Public Water Works of old, these are all evidences of regressions in every sector of our nation.

There is no political subdivision in Nigeria, North or South which makes me proud by its stellar performance or achievements in any sector whatsoever! So, what are we talking about?

Someone should inform me of any governor in the 36 Federating states in Nigeria, who does not have excessive numbers of Prado or similar luxury Sports Utility Vehicles in their regular convoys. It is the case that the Nigerian political class are by their salaries, allowances, and spending on themselves, are identical and similarly impervious to the human conditions in their terrain, nothing to do with North or South!

Abject and extreme poverty in Nigeria appears not to concern the Nigerian political class, regardless of the region, state, language, religion, or even political party of affiliation.

Why the camouflage and façade of religion, region and language? The Nigerian political class should wrap themselves in our National flag, and not religion, region or language. Nigerian citizens all yearn for the same things, and desperately so.

Restructuring debates amounts to wagging the dog distractions, or seeming to fiddle while our nation suffers, and fiddling, like Emperor Nero of ancient Rome, who was decadent, ineffectual and worse, engaged in silly distractions as Rome suffered catastrophic fire!

Nigerians must demand and insist that the political class get to the urgent business of serving Nigerians and Nigeria.

Your boos reflects the voices of the citizens; forget the se...
3 minutes ago

Our SinoHydro road projects has silence NDC, when we talk th...
26 minutes ago