On The 2017 International Day Of The Girl Child, Girls Not Brides Ghana Calls For Greater Efforts To End Child Marriage 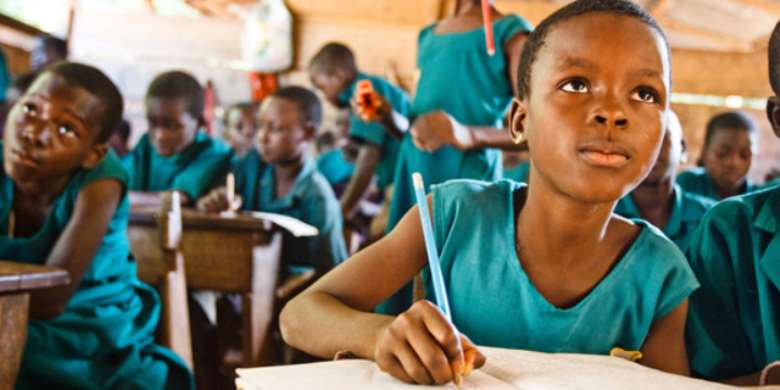 As the world marks the 2017 International Day of the Girl Child on 11 October under the theme “empowering girls: before, during and after crisis”, Girls Not Brides Ghana is calling for the government to step up investments to end child marriage in Ghana.

Mrs Aba Oppong, the Chairperson of Girls Not Brides Ghana, said urgent action was needed to prevent thousands of girls being forced into marriage in the next decade.

“There is no more time for idle debates on this issue. We must take action now to eliminate child marriage, which violates girls’ rights and holds back development. That is why the partnership is holding ten regional stakeholder engagements on ending child marriage.” said Mrs Oppong. “Girls Not Brides Ghana is demanding that the government invest in solutions to end the practice, including funding for the Ghana National Strategy on Ending Child Marriage. But ending child marriage isn’t just the responsibility of government: communities, traditional rulers, queen mothers, religious leaders, youth groups and women and girls themselves all have a role to play.”

Across the world, 15 million girls are married each year before the age of 18. In Ghana, one in every five girls will be married off before their eighteenth birthday, and in regions such as the Upper East and Upper West regions almost 40 percent of girls are married as children.

Girls who marry as children are deprived of their fundamental rights to health, education and safety. Neither physically nor emotionally ready to become wives and mothers, child brides are at greater risk of experiencing dangerous complications in pregnancy and childbirth, contracting HIV/AIDS and suffering domestic violence. They will often drop out of school, trapping them and their families in a cycle of poverty.

“At its heart, child marriage is rooted in gender inequality and the belief that girls and women have less value than boys and men. It often goes unquestioned as a traditional practice that has happened for generations,” said Mrs. Aba. “Under the Sustainable Development Goals, Ghana has committed to ending child, early and forced marriage by 2030. It’s time we turn this commitment into action by taking bold measures to overcome the complex drivers of child marriage in our country.”

Child marriage has been shown to have a significant impact on the economies of developing countries like Ghana. A recent study by the World Bank and International Center for Research on Women found that the practice costs the global economy trillions of dollars.

To celebrate International Day of the Girl, members of Girls Not Brides Ghana across the ten regions are engaging stakeholders including the media on practical step to end child marriage in Ghana.

Speaker Bagbin calls on Israeli counterpart in Jerusalem
34 minutes ago