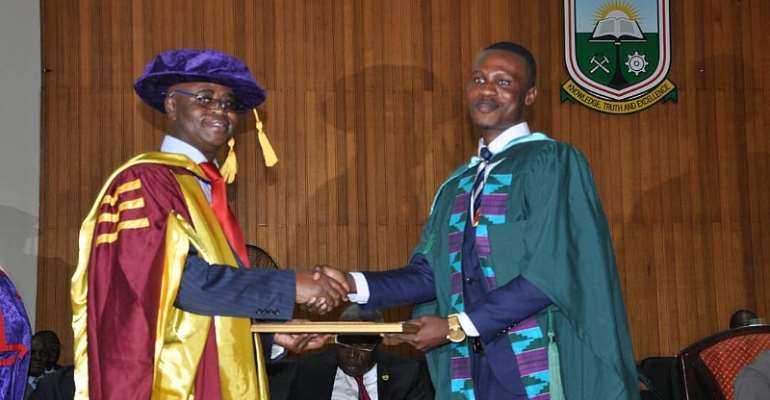 Congratulations to Barima Ba Emmanuel Aboa Boateng for winning the over all best student at UMaT graduation 2017.

Koforidua Sectech is a school that was established with a unique purpose and aim.

Barima Ba Emmanuel completed with an unprecedented CWA record of 90.86 which culminated into his winning the over best student award.

He took home the Ghana Institution of Engineers Excellence Award

Both awards were presented to him by the Minister of Science and technology Prof. Frimpong Boateng.

Last but not the least Barima Ba Emmanuel crown the 3 awards with that of UMaT Alumni Excellence Award.

On behalf of the Executives, Patrons and the entire Mmarima Mma clan we wish to congratulate you for such laurels.

Another honor awaits you during the upcoming golden jubilee climax from 27th November to 3rd December 2017.

Your success story is a motivating factor for the current students.

We are proud of you Barima Ba Emmanuel Aboa Boateng.