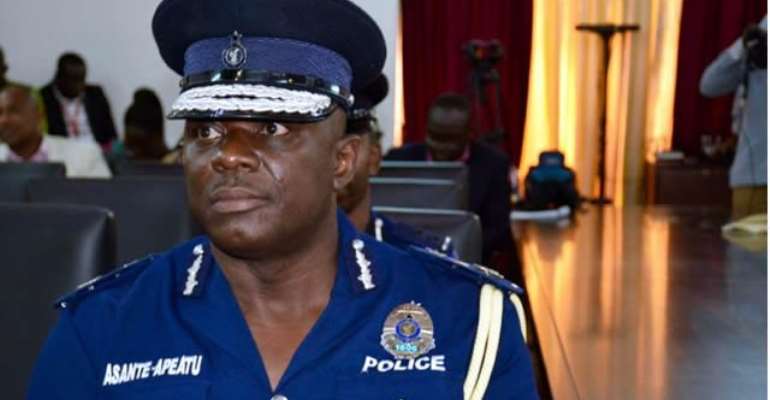 Residents of Ejura in the Ashanti Region are demanding immediate action from police to stop armed robbery incidents in the area.

According to the Concerned Youth of Ejura, recent armed robbery cases there, some of which have led to the shooting of policemen have left residents in fear. The group says the residents have additionally lost confidence in the police.

“We find the situation so strange and outrageous and therefore wish to state our disappointment in the Ghana Police in Ejura/Sekyedumase Municipal for their inability to arrest the situation,” Convener of the group King Saddique said in a press release.

They are worried that government workers like doctors, nurses, teachers and others posted to serve have threatened to leave.

"So, just imagine a community without these essential service providers. Who is going to teach our children if these teachers leave? How would the health care system in the municipality be should Doctors and Nurses leave?" the worried residents quizzed.

They are therefore calling on the President as well as others leaders in the area to deal with the issue.

Below is the full statement from the group
PRESS STATEMENT BY THE CONCERNED YOUTH OF EJURA ON THE SECURITY SITUATION IN EJURA/SEKYEDUMASE MUNICIPAL.

On behalf of the entire people of Ejura/Sekyedumase Municipality, we the CONCERNED YOUTH OF EJURA have observed the increasing occurrence of armed robbery within the municipality on some key roads, namely; Mampong -Ejura, Aframso-Sekyedumase, Ejura-Nkoranza, Ejura-Kyekyekura and Ejura-Atebubu/Amantin road.

On Friday, January 22 , 2016, a gang of armed robbers attacked and robbed travelers on the Atebubu-Ejura highway precisely at a town called Hianwawu. They shot and killed a policeman, General Corporal Alexander Cheremeh during the robbery. The robbers carrying guns and other deadly weapons blocked the highway and succeeded in robbing travelers on two (2) commercial mini_buses of their cash and other valuables.

The deceased policeman who was in uniform was travelling from Yeji to Kumasi. And again, on Thursday, January, 28 2016, at around 8.30 am, a 207 Benz bus carrying market men and women to the market was also attacked and robbed .The driver of the said 207 bus popularly known as (ASSIF) was shot dead.

Moreover, on Monday, 23rd May 2016, a similar armed robbery incident occurred on the Ejura-Nkoranza road where the driver of the 304 Benz bus who was popularly known (Cocoa-wura) was shot by these notorious armed robbers. The driver (cocoa-wura) died at spot and passengers on board were also robbed of their cash and other valuables.

Just last week on Monday 27th February, another armed robbery incident occurred where a taxi and Benz 207 vehicle were stopped, attacked and robbed. A police officer by name Inspector Ofori Asiedu was shot in the chest and is currently in a critical condition and receiving treatment at the Komfo Anokye Teaching Hospital (KATH) in Kumasi but, the driver of the 207 vehicle popularly known as (kwadwo-mate) who was shot, died on the spot and several other passengers sustained injuries.

But, the begging question is: what are the Ghana Police in EJURA under Superintendent Anthony Appiah been doing to save us from the hands of these criminals? So if the police who are supposed to protect our lives are sleeping on their jobs, what should we the ordinary citizens ­ do?

Even though we are aware of police personnel and logistics in combating crime not being enough in the municipality, but we are also reliably informed and are also aware of the continuous support the Police service receives from the citizens, Banks, owners of fuel station continuously support the service, the Municipal Assembly and most especially the Ejura Traditional Council which has been very supportive in servicing vehicles that belong to the police service and has recently donated a bullion vehicle for the police to enhance their work. So, what has gone wrong, that armed robbery still goes on within the following major roads: Ejura-Sekyedumase, Ejura -Nkoranza, Ejura-Atebubu/Amantin highway?

The influx of criminals within the Municipality is alarming and the police in Ejura are well aware of areas in our municipality where hard drugs such as cocaine are sold in the municipality. But, yet, not a single swoop has been made by the police.

Some of these criminals live within our community but we do not understand why the police are not arresting and prosecuting them appropriately? We ask again: What strategy has the Ejura Police put in place to curb this situation?

The seeming silence of the police in Ejura/Sekyedumase has resulted in the citizenry not having confidence in them any longer. Our lives are always in danger. We live in constant fear and panic. Residents now have to go to bed as early as 7:00 pm. And now, nobody wants to use Ejura as a transit point after 7:00 pm to travel to towns including Nkoranza and Yeji because of the rate at which armed robbers terrorise passengers. In some cases, suspects arrested by community volunteers are released by the police without any due diligence.

The negative effects of this insecurity in the municipality are as follows:

We are therefore calling on the President of our Country, H.E Nana Addo Dankwa Akufo-Addo, Interior Minister, Inspector General of Police, Ashanti Regional Police Commander, Ashanti Regional Minister, Member of Parliament for Ejura/Sekyedumase, acting Municipal Chief Executive and Nananom from the EJURA and SEKYEDUMASE traditional council to as a matter of urgency come together and find lasting solution to the armed robbery menace that is gradually crippling the development of EJURA/SEKYEDUMASE MUNICIPAL.

These and much more we believe if worked on would bring a lasting solution to the armed robbery menace.

If in some few weeks time, we do not see any action been taken to arrest this problem, nobody should blame us if something untoward happens.

Thank you.
GOD BLESS US ALL, BLESS EJURA/SEKYEDUMASE MUNICIPAL AND BLESS OUR HOMELAND GHANA!!!