The Case of a “Stolen Crown” and “Verdict” 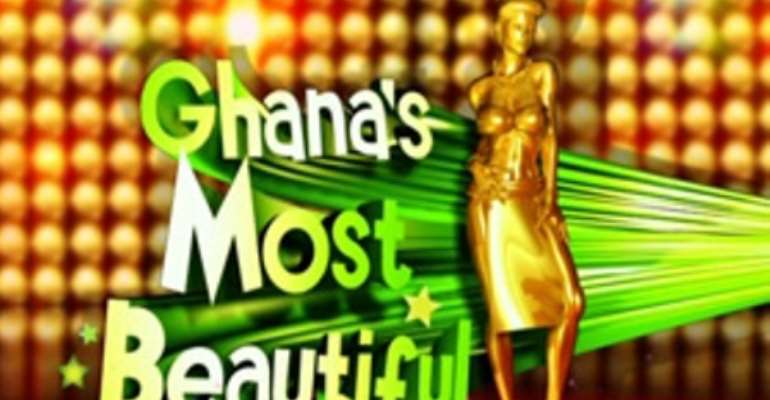 Monumental disappointment, shock, incomprehension and befuddlement were the clear writings on the faces of the thousands of patrons that stormed the Accra International Conference Centre last night to witness the GRAND FINALE of the 2016 edition of TV3 Ghana's Most Beautiful. I'm sure same was experienced by viewers at home because the programme was carried live on TV3. What was meant to be the CLIMAX of an otherwise award winning entertaining and educative enterprise (GMB), astonishingly, ended up becoming the ANTICLIMAX of the whole caboodle and this, I say without any shred of equivocation.

Indeed, this is the only INEVITABLE CONCLUSION that every discerning mind would arrive at upon following the trend of events in respect of this year's contest. This confusion and brouhaha follows the bombshell of an announcement by the judges to the effect that YABA, the Western Regional Representative is the ULTIMATE WINNER and for that matter the 2016 Beauty Queen. The overwhelming verdict, which was overtly manifest is that this lady (YABA) was NOT even deserving to be among the top 3; let alone, to run away with the coveted crown. As a matter of fact, the kind of reception that greeted this announcement speaks volume to the infamy of judges' decision.

I have, for the past 3 years, attended the grand finales of GMB at the conference centre and thus, physically witnessed the kind of mounting-moving and electrifying ambience that is often generated at the conference centre when such mega announcements are made. What happened yesterday, however, was a complete departure from this convention as over 90% of the audience were in unenviable state of shock, bewilderment and agitation. I personally spoke with some of the 2016 contestants and previous ones, all of whom expressed similar disbelief at this anomaly.

I am particularly disappointed that this happened in GMB, which to many, is the finest and most credible pageant show in the country until yesterday's anticlimax, which coincidentally happens to be the 10th anniversary. Well, I am not an ardent follower of pageantry and showbiz in general except GMB and the shameful spectacle I witnessed last night at the GMB finals is only going to reinforce my nonchalance for the industry. Indeed, I am now, more than ever, convinced that the animal called CORRUPTION is not only a governance issue, but a deleterious social canker which has permeated every facet of our national life and has eroded our moral fibre.

So what are the relevant facts regarding the contentious 2016 GMB? Out of the 5 finalists, 3 were consistently outstanding throughout the 13 weeks. They include, BADU of A/R, AKOS of E/R, and HIBA of N/R and this is evidenced in the fact that these trio have justifiably swept almost all the 'STAR PERFORMER' Award especially BADU and AKOS. In fact, BADU, who also happened to be my favourite, came first in terms of performance on the last day. So, under the circumstances, everybody expected one of these 3 ladies to emerge as the eventual winner.

If the primary criterion is NOT about performance but votes, the trio never performed badly at all especially AKOS and HIBA, who consistently obtained the highest votes, at least per the VOTING CHART except if we are going to be told that the voting chart is merely cosmetic. Why should vote even be the primary consideration for selecting a GMB winner, if indeed that was the case? Is the GMB crown now for sale to the highest bidder? How incredulous!

From the foregoing, it required no gift of clairvoyance for one to know that YABA, the western regional rep was miles away from the CROWN. The only possible reasonable reason for her triumph is that, she was representing the Western Region, which is the only region, with the exception of B/A, that has never won the GMB contest until yesterday. This “ONE REGION, ONE CROWN” principle employed by the organizers of this otherwise enviable reality show (TV3 GMB), I find, highly PROBLEMATIC.

So it is no more anchored on the principle of MERITOCRACY but one of REGIONAL BALANCE, as if we are talking about a political party. How disappointing! I can, in the light of this, perfectly extrapolate that B/A, which is now the only stand-alone region without crown, would win next year's contest to complete the absurdity. Well, BADU, AKOS and HIBA may not have won the favour of the judges, but they have surely won the HEARTS and MINDS of every follower of the 2016 GMB. They are our true BEAUTY QUEENS. TV3 GMB has undoubtedly, suffered a debilitating setback this year, which is culminating in a significant erosion of its credibility.

I don't know about you but as for me, I've TERMINATED my “contract” with GMB following that disappointing turn of events last night. Not only that, I would also launch a campaign against this Reality Show moving forward. I would discourage all my friends and associates from participating or investing their scarce resources and time into this “sham” until all the wrongs are RIGHTED. This is because as a progressive mind, I cannot be associated with an UNJUST enterprise and would not encourage anybody to embrace same.

Ghanaians certainly deserve better from TV 3.
And don't we? Same as we lost what could have been a really dramatic turn around in Ghana's history! What could have been a powerful statement from the Supreme Court of Ghana, had they dug their heels in and returned a correct verdict as written by the majority of the Justices in the 2012 presidential challenge to the voting results, all this nonsense we are going through with the Electoral Commission disqualifying candidates in what is clearly humming around the media waves as a conspiracy to thwart yet again the true course of justice.

It seems that we are a nation that is not learning from its own lessons. If we cannot effectively copy the examples from better democracies and cannot even listen to ourselves and do the right things, we will forever turn over in our graves with very little to show come 2017.

In our 60th year practicing a warped democracy, can we wake up and just apply a little more common sense to the way we think?

As for me I am past gestation age. The statement “this our growing democracy” annoys me to no end. In a society where we only have to leapfrog events, pick the lessons from history and other countries and move ahead, I am flummoxed that we still seem to prefer looking back and comparing score cards of years past.

And yes, I am addressing all the politicians and their parties who prefer ticking off a tally card of poor achievement against each other.

Just like the verdict in 2012 ended in doubt, so also did the GMB pageant end in disbelief and paint a crooked path to victory.

Pastor Otabil, help us please, we need to stop looking up to the skies and knit a better tapestry of trust and belief.