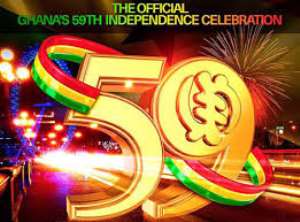 When President John Pombe Magufuli got elected to the presidency of Tanzania in October last year, he immediately took bold steps to cut wasteful expenditure in his country. Among the audacious decisions taken to this end was his scraping of the country's 54th independence day celebration.

To the man aptly nicknamed "The Bulldozer", it was pointless and shameful to spend huge sums of money on the celebration at a time his people were dying of cholera. In its stead, he ordered a national clean-up and directed that the money for the celebration be used to refurbish hospitals, and fight a cholera outbreak in the country.

Pragmatic and exemplary, the president took active part in the clean up on independence day.

But that was not the first time an African leader had exhibited such decisive leadership. In 1982, Flight Lieutenant J.J. Rawlings, then chairman of the ruling Provisional National Defence Council(PNDC), banned Ghana's 25th anniversary celebration. The reason was convincing; mismanagement, corruption and plunder had left the country broke. The 'revolutionaries' were spot-on!

Well, tomorrow Ghana will celebrate her 59th independence day. As usual there will be song and dance, pomp and pageantry. School children will try to outdo one another with their marching skills... And politicians will read well-rehearsed speeches. Some people will clap, more out of courtesy than admiration...But to what end? And how much will it cost the taxpayer to foot the bills?

To me a celebration is wasteful. The reasons normally advanced for holding lavish celebrations have outlived their usefulness. The key reason which is to remind us of the struggle for independence so as to promote patriotism has become stale. After 59 years, it is exemplary actions, especially from the leaders of our nation that will engender patriotism not ceremonies. Most young people find it difficult to identify with the independence struggle. If there is good governance, there will be no need for "pious admonition administered by the ruling classes" on the need for patriotism.

We should 'commemorate' the day, but not lavishly as we have always done.

'Commemoration' will mean that we done hold colonial-styled parades; we won't have extravagant 'refreshment' for dignitaries and guests; and most importantly, we won't lose man-hours by making Monday a holiday.

But as I write I know the celebration will be held tomorrow, but it for you (reading this) to ponder on it. And if you find yourself in a position where you can alter things for the betterment of our country, you wouldn't hesitate to do it.

Ghana is currently 'enjoying' the IMF's generosity. But it's not the kind of generosity that is without conditions. It is not something a country prays for!

Ghana is 59 tomorrow. Happy birthday to her. She has done well. She sincerely could have done better. She should do better