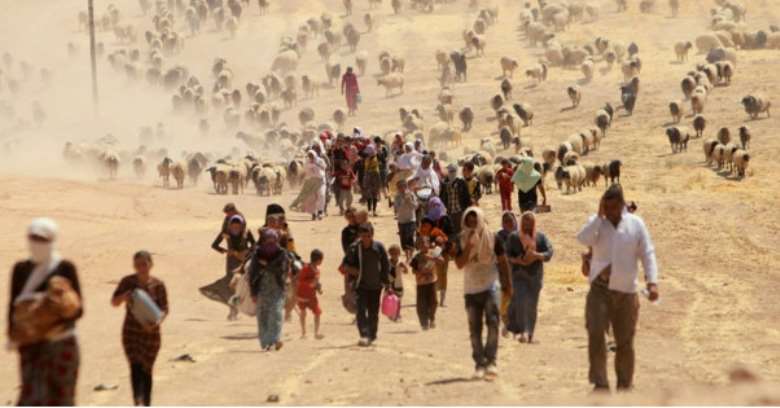 Ghana is among the 128 countries that have submitted their Intended Nationally Determined Contributions (INDC) to the United Nations Framework Convention on Climate Change ( UNFCCC ). INDCs—a key driver towards a new climate agreement by the conclusion of the upcoming UNFCCC climate talks in Paris ( COP21 ) this December— are the primary means by which governments can boldly state what steps they will take in the context of their national priorities, circumstances and capabilities to address climate change.

The impact of climate change in Ghana is said to be on the increase these days due to a lot of devastating challenges confronting Ghanaians on daily basis, for example the change in weather patterns resulting into drought in the north which has led to crop failure and worsened rural poverty, drive mass migration from rural to urban areas, torrential rainfall causing flood coupled with the recent fire disasters, one of them which has claimed over hundred lives in just one night.

According to World Food Program, 1.2 million people, representing 5 percent of Ghana’s population, are food insecure. Thirty four percent (34%) of the population are in Upper West region, followed by Upper East with 15% and Northern region with 10%, amounting to approximately 453,000 people.

Another clear consequence of climate change in Ghana is the displacement and migration of families, which almost always have a negative impact on the vulnerable women and children – and in some cases young people. Under these conditions, there is increased possibility of abuse and trafficking of women and children. Needless to say that the education and health of such vulnerable groups are also jeopardized

Migration crises will soon become inevitable with the spate of climate change effect. More young people especially in the rural areas engaged in farming are laying down their tools and flocking into the urban centers in search of greener pastures. Government’s attempt to boost Youth-in Agric seems not to be yielding the desired results. Food insecurity may soon explode thus making provisions to averting such possible crises is extremely crucial.

According to Bruce Campbell, Director of the CGIAR Research Program on Climate Change, Agriculture and Food Security (CCAFS) and Lisa Goddard Director of the International Research Institute for Climate and Society ( IRI ), “Migration is a legitimate form of adaptation to climate change. When weather and climate anomalies have a strong impact on the agricultural sector, rural wage levels are negatively affected . Rural to urban migration provides opportunities for better wages.”

According to UNEP’s SWERA (Solar and Wind Energy Resource Assessment) maps, the northern part of Ghana receives fairly good solar radiation in the range of 3.5-4.5 kWh/m2/day. At this rate, the solar energy potential is enormous – some 35 EJ or about 100 times present energy consumption, even at a 10% recovery factor. This resource could supply electricity to rural areas in the northern region where the solar potential is highest and the electrification rate is the lowest in the country.

Ghana has Class 4-6 wind resources and locations of the high wind areas – such as Nkwanta, the Accra Plains, and Kwahu and Gambaga mountains. The maximum energy that could be tapped from Ghana’s available wind resource for electricity is estimated to be about 500 – 600 GWh/year. With all this high potential of renewable energy, Ghana cannot power herself. Why?

The impacts of drought are far-reaching in Ghana, affecting food prices and markets in surrounding regions and even the global economy. Drought has led to water scarcity hindering energy production from hydropower plants leading to power crisis in the country.

According to Institute of Statistical, Social and Economic Research (ISSER), Ghana is estimated to lose about $2.2 million daily and between $320 million and $924 million a year in terms of decline in productivity and economic growth due to the current energy crisis facing the country and this amounts to between 2% and 6% of GDP annually which does not include indirect cost.

Ghana needs to wake up and act on climate change.
By
Farida Abubakari
The Global Ambassador for youth and Enlightenment and Welfare and a climate tracker for adopt a negotiator program.