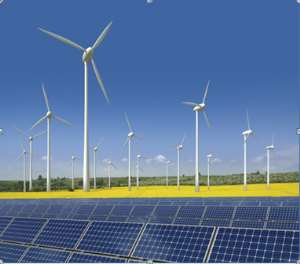 Fossil fuels are an incredibly dense form of energy, and they took millions of years to become so. And when they are gone, they are gone forever. It’s just a matter of time.

What would happen if the world ran out of fossil fuel? No more cars, no more electricity, no more air conditioning. As soon as the last batteries were drained, we would be right back in the middle Ages. We can’t let that happen.

Energy is expensive, and as we continue to deplete the Earth of its oil, the price of energy is only going to increase-that is, unless we can find another way to generate electricity.

Clearly fossil fuel reserves are finite-it’s only a matter of when they run out- not if. Globally-every year we currently consume the equivalent of over 11 billion tonnes of oil in fossil fuels. Crude oil reserves are vanishing at the rate of 4 billion tonnes a year- if we carry on at this rate without any increase for our growing population or aspirations, our known oil deposits will be gone by 2052.

An example is the high pressure in electricity demand due to population growth, shortage of fossil fuel and low water levels at the Akosombo dam that has resulted in load shedding for over 3 years in Ghana and continuous hike of electricity prices, an increase of 51.73% for electricity for the third quarter of July and 4% -6% increase in petrol this august which will affect transportation cost, goods and services in the country.

Ghana has invested in gas recently to help curb her power crises. Let me tell you some mysteries about this gas: because there is shortage of fossil fuel, we still have gas left, and coal too right? But if we increase gas production to fill the energy gap left by oil, then those reserves will only give us an additional eight years, taking us to 2060. The rate at which the world consumes fossil fuel is not standing still; it is increasing as the world’s population increases and as living standards rise in parts of the world that recently had consumed very little energy. Fossil fuel will therefore run out earlier.

Also, recent intentions of Government to establish a 700 MW Coal-fired Power Plant which certainly will emit volumes of Greenhouse Gases (GHG) emissions leading to severe health and environmental consequences. Media report says that about 20 million tonnes of coal is expected to be imported from South Africa for this project which will release about 2 million tonnes of gases into the atmosphere.

It is reported that USA will decommission about 20% of her coal powered generating capacity over the next few years. Also, the United Kingdom is expected to shut down the coal powered capacity by 2015 aimed at reducing sulphur dioxide, nitrogen oxide, and particulate emissions into the atmosphere. If other countries are leaning back from coal, why is my beloved country going for it? Coal is described as the dirtiest energy source among its fossil fuel siblings. It is the biggest source of greenhouse gas emissions posing as the greatest challenge to our climate.

Ghana should remember the drought in the north, failure of crops, torrential rainfall causing flood coupled with the recent fire disasters, one which claimed over 150 lives in just one night on Wednesday June 3rd this year. Has my beloved country so soon forgotten about the June 3rd disaster? All these are due to the emission of Green House Gases by these fossil fuels.

Again, paragraph 615 of the 2009 National Budget Statement of Ghana, states that Environmental Protection Agency (EPA) under the Natural Resources and Environment Good Governance (NREG) will prepare a sustainable development action plan to reduce the effects of climate change by reducing carbon emissions. The status of this plan is presently unknown!

In a similar case, around 88% of all GHG emissions in Mexico City were attributed to energy consumption in the form of fossil fuels and electricity used in transportation, industry, trade, housing, or services. Mexico City Mayor Marcelo Ebrard presented the final results of the City’s 2008-2012 Climate Action Program, announcing a 7.7M ton reduction of carbon dioxide equivalent (CO2e) emissions over the four-year period. Excitingly, not only did the Program meet its planned reduction goal through targeted action in key sectors, but also surpassed its goal by 10.2%. This case shows that Ghana can do better!

Ghana’s energy policy states that, government will promote the use of environmentally-friendly energy supply sources, such as renewable energy (solar, wind, waste), in energy supply mix of the country. Also, Session 31 of Ghana’s Renewable Energy Act 2011 (ACT 832) makes provision for the establishment of a Renewable Energy Fund which has still not been established. The non-establishment of the fund seems to prove Ghana’s lackadaisical interest in promoting renewable energies. Instead of government developing renewable energy mechanisms in fragmented fashion, it is advisable to run such interventions in a concerted manner.

Ghana should start investing in renewable energy and establish the renewable energy fund for a cleaner environment which is infinite. Renewable will offer Ghana another way, a way to avoid this (fossil fuelled) energy time bomb, but we must start now.

As the Saudi Oil Minister said in the 1970’s, “The Stone Age didn’t end for lack of stone, and the oil age will end long before the world runs out of oil.”

Boosting the renewable energy sector makes sense. A report by the Blue Green Alliance found that the same amount of money invested in renewable yields nearly eight times as many jobs than if it were used to subsidize fossil fuel energy sources-especially with graduate unemployment likely to surge 271, 000 this year up from the existing figure of 200,000 as Professor Kwesi Yankah, President of the central university college predicted.

As Ghanaians, we should not sell ourselves short when it comes to what our energy sector is capable of.

There are growing signs that we must transition to a clean-energy economy-not only for our own health and our children’s health, but for the nation’s economic and social well-being.

Let’s seize the opportunity my beloved Ghana, pivot our energy sectors accordingly and reap the benefits instead of falling behind. The Government should act now!

Global Ambassador for Youth and Enlightenment and Welfare (YEW) Ghana