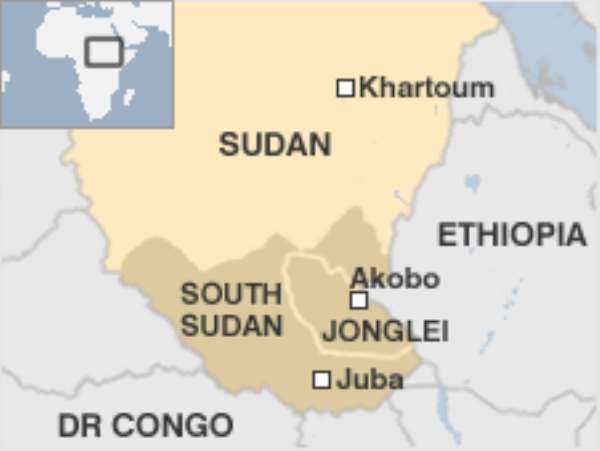 Following the secession of South Sudan in 2011 as a result of self determination, referendum run in accordance with the Comprehensive Peace Agreement (CPA) that ended the conflicts over South Sudan, Khartoum has the opportunity to focus more intensely on developing its economy and creating more opportunity for foreign investors who are eager to bring capital into the country. The country is therefore emerging as a regional economic powerhouse

Sudan’s with real gross domestic product grew 3.6% as at 2013, according to figures released by the African Economic Outlook – a tripartite partnership of the African Development Bank, the OECD Development Centre, and the United Nations Development Programme. Economic growth in Sudan is driven primarily by agriculture, followed by gold, oil and transit fees for goods transported through the country.

The Republic of the Sudan is situated in the eastern north of Africa, and bordered by Libya, Egypt, Eritrea, Ethiopia, South Sudan, Central African Republic, Chad and Saudi Arabia across the Red Sea. This unique geographical location makes Sudan as a bridge between different African regions namely, North Africa, East Africa, Central Africa and the Horn of Africa while also linking the Sub-Sahara Africa to the Middle East and the Gulf countries. In addition, four of Sudan neighbours are land-locked (Ethiopia, South Sudan, Central African Republic and Chad) and depend partly on Sudan Sea ports for their exports and imports.

Sudan is also a member of the Common Market for Eastern and Southern Africa (COMESA), the biggest free trade area on the continent, with 20 members stretching from Libya to Swaziland.

It is committed to taking concrete steps to bolster competitiveness, as seen in the release of the 2012-2014 Interim Poverty Reduction Strategy Paper (IPRSP) in October 2013 under the auspices of the IMF. It recently implemented a package of austerity measures following the secession of South Sudan, removing 3.6 billion Sudanese pounds (approximately US$ 630 million) worth of fuel subsidies. Khartoum has also vowed to maintain macroeconomic stability by cutting down on non-essential spending and closing tax loopholes.

An effort is also being made to decentralize the economy by setting up one-stop shops for economic development and government licenses on the state level. This will potentially encourage investment and help small and medium enterprises take root throughout the country. Currently, China has shown the most interest in investing in Sudan, along with Turkey, South Africa, Indonesia and several Gulf states.

Future Outlook
Agriculture
Agriculture remains the most important economic sector on which the majority of the population depends for lively hood. The arable land in Sudan estimated at 200 million acres, the majority of which is yet to be cultivated.

With the recent surge in foreign investments in agriculture, especially from Arabic Gulf countries, Sudan is poised to be food basket of the Middle East.

The Arab Economic Summit in Riyad – Saudi Arabia, 2013 has adopted an initiative by H.E. President Omer Al-Bashir of Sudan aimed at filling the deficit in food production in Arab countries through Sudan’s huge untapped agricultural resources. To this end the Summit directed the Arab funds and financial institution to allocate 20% of their finance to agriculture in Sudan. This week a highly powered Sudanese-Saudi Joint Ministerial Commission held a meeting in Khartoum to detail the projects to be implemented within that initiative. A similar meeting was concluded in Abu Dhabi, UAE, last week where a common understanding has been reached on boosting the Joint investments in Agriculture.

Mining
Sudanese officials have announced that mining will be an economic focus in the years ahead, particularly gold mining. As of the latest USGS Mineral Yearbook for Sudan (2012), the government has issued 200 gold exploration licenses to 73 different companies, with the majority of those licenses focusing on the north of the country. Because the development of gold mines takes three to five years before production can commence, economic returns from these licenses are likely to be reaped in the 2014-2016 period. The country has approximately 250,000 artisanal miners, also based largely in the north. The establishment of gold mines is likely to provide stable employment for a portion of these workers.

Gold is a critical component of the Sudanese economy. It accounts for 64% of Sudan’s exports, and 96% of exported gold heads to the United Arab Emirates. In 2012, gold exports amounted to US$2.16 billion. Sudan now is the third largest gold producer in Africa with annual production of around 100 tons.

Infrastructure
Sudan is in need of an effective, nation-wide transportation system, and the Sudanese government asserted in the IPRSP that it has prepared a 30-year transport plan which will focus on four modes of transport: road, railways, river, and air. Funding will come from both the government and private investment, according to the document.

Sudan boasts 72 airports, though 57 of them remain unpaved, according to a KPMG report on doing business in Sudan (2012). The country has 11,900 km of roadways – of which 7,580 km are unpaved, and a total of 5,978 kilometers of railway. The government is currently engaged in upgrading rail transport, and has signaled its interest in attracting multiple donors to join these projects.

Other transport projects are being put forward, including the rehabilitation of the Babanusa-Wau railway which was damaged in civil strife. Authorities also hope to construct rail links to Kosti and Port Sudan. A 2013-2017 proposed railway strategy foresees feasibility studies for further rail construction in order to reach underserviced areas in the country, as well as the continued privatization of rail firms to ensure competition and lower costs.

As for Nile River transport, the Sudanese government is focusing on creating a body which will oversee environmental and social assessments for future projects. Further privatization of river vessel firms is expected to ease travel and the movement of goods throughout this vast country.

In terms of road construction, particular focus is being paid to the following three areas: the Gadamai-Hamashkoreib road, the Damazin-Kurmuk road, and the Kadugli Kaouda roads. Sudan also plans to launch an engineering project to design 1,125 km in additional roads throughout the country. These projects will be funded through public-private partnerships.

Improve Standing in Global Value Chain
Once critical improvements are made to Sudan’s transport networks, it can secure its place as part of the global value chain by becoming involved in all dimensions of manufacturing, transporting, and bringing products to the end user.

This means that if Sudan follows up on its extensive transport improvement program, it will be ideally placed, both in infrastructure and in geographic location, to take advantage of this tremendous growth and become a major participant in Africa’s economic boom.

To best position itself to benefit from regional economic growth, Sudan should work to lower its taxes on companies doing business in the country, and continue to bring its quality and safety measures up to international standard.