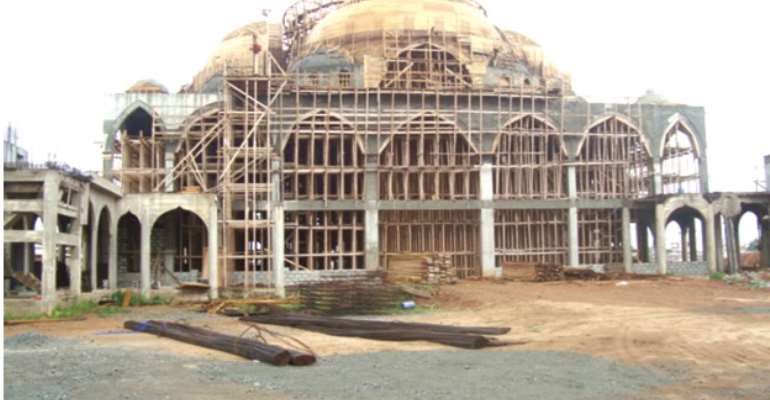 The Ameer, Head and Missionary-In-Charge of the Ahmadiyya Muslim Mission, Ghana Maulvi Mohammed Bin Salih, has commissioned a new 600-worshipper capacity mosque complex in Breman Bedum in the Central Region.

The facility which is fitted with a library and internet facilities and a mission house alongside offices is estimated at GH¢480,000.

Speaking during the commissioning, the Ameer called on Ghanaians to remain tolerant with one another irrespective of their diverse religions, ethnic or political backgrounds.

He said that the mosque should remain a model for the spiritual as well as the moral transformation of the Ahmadi community and others, adding that Islam stands for peace.

He charged the Ahmadiyya Muslim community to demonstrate to the people of Bedum through their actions and utterances the true picture of Islam as a religion of peace.

The Ameer commended the entire Ahmadiyya Muslim community in Bedum for coming together to ensure that the mosque was completed in record time.

Two mosques had earlier been commissioned in Ahwiem and Attoh-Dauda by the mission.