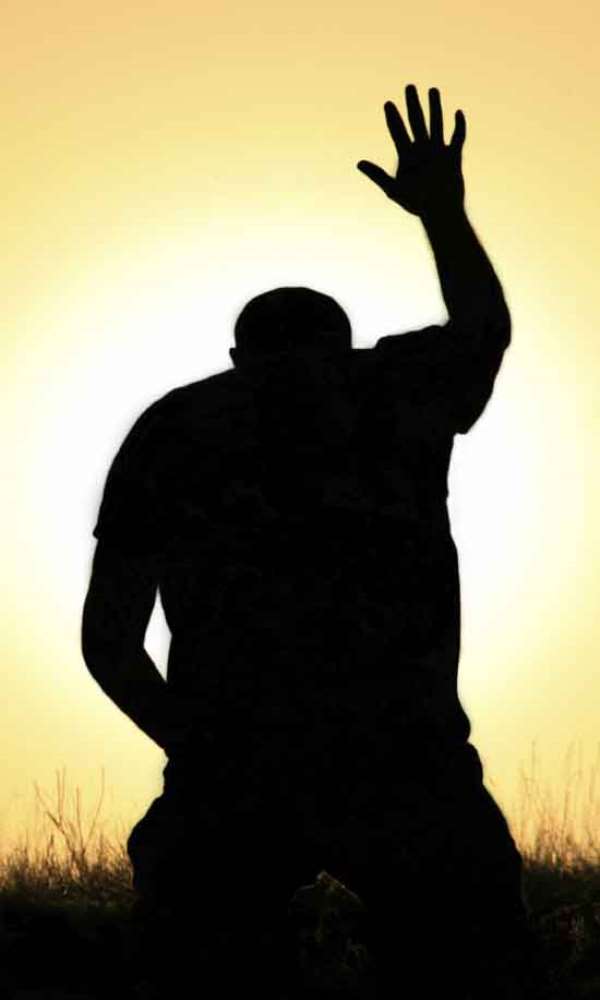 Midnight prayer is the surest arena for breaking satanic bondage and limitations. No matter how strong and difficult the yokes of the enemy over our life, they cannot resist persistent and prolonged midnight prayer. The devil knows this very well, and that is the reason why he will do everything to discourage you from getting up in the midnight to pray. Midnight is like a spiritual highway, and like I have said earlier, most of the things that happen to us are programmed into our life at this period. So, when you also get up and battle at this time, you invariable take part in deciding what happens to your life.

There are so many people living in satanic bondage today. There are so many individuals, families and groups that are unknowingly struggling with satanic yokes. There are millions of people walking on the streets with their hands and legs bound in the spirit with chains by powerful satanic forces. I know this will sound strange to some people, but it is a fact. It is a spiritual matter. You can only be aware of this if the spirit of God chooses to show you. Recently, I saw in a revelation a woman I have known for more than 34 years bound with chains, hands and legs. I was shocked. If not that I know the vision came from God and that I have personally passed through the same experience, I would have doubted it. Now, what has being happening in the woman's life is a sure confirmation of the revelation. She has not known breakthrough since I know her.

When you experience perennial problems in your life or family, year after year, you face the same kind of problems, or you feel you are hindered from crossing certain limits in life, then it becomes advisable to go into prayers and ask God to show you the source of your troubles. Most times, it is the work of Satan and the agents of his dark kingdom. In Africa and also in some other parts of the world, it is not strange to hear that agents of darkness chain destinies, fruitfulness, progress, or even health of people in the spirit realm, especially those operating in witchcraft covens. Victims of such satanic manipulation will struggle through life.

They will do every thing humanly possible to have breakthrough in life, but will never succeed. Some will even be programmed not to marry, not have babies or have a successful marriage. All these happen. We not only see them in the lives of unbelievers but unfortunately, amongst believers also. And I believe this became possible because the church of today is not living in the fullness of the power of God. We go to church, have mechanized services without anointing. Remember the word of God said that the anointing (presence of God) will always break every yoke. But does the church of today have the anointing? Today's church is fast asleep, and remember that Jesus said the enemy comes to sow tares while you sleep.

Midnight prayer is one of the ways that God will use to return the power and anointing to the church and individual Christians. And when this power comes, it shall break every yoke, every chain and every satanic bondage. Let's see in the bible where and how the chains of the enemy were broken through this. "They were severely beaten, and they were thrown into prison. The jailer was ordered to make sure they didn't escape. So he took no chances but put them into the inner dungeon and clamped their feet in the stocks. Around midnight, Paul and Silas were praying and singing hymns to God, and the other prisoners were listening. Suddenly, there was a great earthquake, and the prison was shaken to its foundations. All the doors flew open and the chains of every prisoner fall off!" Acts 16: 23 - 26.

You know the above story. At Philippi, Paul and Silas conducted deliverance ministration that landed them into trouble. They were beaten, bound with chains and put into the inner dungeon of the prison. Dungeon is an underground prison cell. This is what was mostly used in those days. Also, the Jailer was seriously instructed to make sure that these men of God did not escape. This is exactly what Satan and his agents do to people in their captivity. They mess their victims up and also keep them as hostages. Like I said earlier, a lot of people are bound with satanic chains today.

They move around like normal human beings, but when you see them in the spirit they are bound with fetters. This is usually done through witchcraft and other demonic manipulations. The victims of this kind of satanic influence will live all their life without any meaningful success, unless those fetters are broken. Some, their destinies would be locked up by these enemies. Others, their businesses, their wombs or marriages would be held. We have also seen cases where projects (like building) were stop through this kind of manipulations. They will simply cripple the person's source of income or inflict him/her with an incurable sickness and that will be the end of the project.

There are others that have been used for money rituals, sacrifices, etc. Though they will be alive, but they will live as imbeciles all the days of their life. Others are also manipulated into sinful habits like drinking, stealing, prostitution, etc, and will be ultimately destroyed. We also see people who are held in bondage by demonic spirits e.g., marine spirits, ancestral spirit, territorial spirits, etc. Some of these may sound strange, but certainly not to people form Africa and some other parts of the world. Though satanic bondage are not limited to these places. There is no boundary to their operations. Every environment has its own peculiar situations. We have seen a case where a lady at her late 30s was married to a very powerful demonic entity that visits her from another continent. I ministered to her personally.

This demonic being comes with an invisible aircraft that only the lady will be seeing and dodging. Immediately the aircraft lands, a white man would alight from it and come to stay with her. After, this demon goes back as it came. It made it impossible for this very pretty and tall lady to marry in the physical or even go to school. This was her situation until that yoke was broken. We see this type of cases regularly in deliverance sessions. The operations of the kingdom of darkness are so vast that you would meet cases that would be difficult to comprehend. Some have been chained by Satan and demons assigned to watch over them like the Jailer was instructed to watch over Paul and Silas. Any demonic entity assigned to watch over you destiny will be blinded from today, in Jesus' name!

One can also be in the church and still be a victim of satanic fetters. Sometimes because of the person's disobedient to the word of God, ancestral links or just evil arrows shot into the person's life, especially in the dreams. Whatever is your case, God has promised to break the chains and set you free. In Isaiah 61:1, He said that "... the captives will be released and the prisoners will be freed." He also said in the same Isaiah 49:24, "who can snatch the plunder of war from the hands of a warrior? Who can demand that a tyrant (Satan) let his captives go? But the LORD says, 'The captives of warriors will be released, and the plunder of tyrants (demonic forces) will be retrieved." God bless! Share this message with others.

Radio Gold, XYZ, others yet to receive re-authorization lett...
46 minutes ago