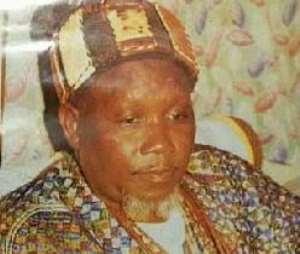 Anyone with a sense of discernment should compare and contrast what Rawlings just spewed out about his retraction that neither Kufuor nor the Abudus were complicit in the gruesome murder of the Dagbon Overlord.

Over the years most people believed that the murder was perpetrated to give and create distrust for NPP in the Northern Part.

Thank God the truth is finally out. The NDC and its supporters should bow in shame and render apology to the Ghanaians and the rest of the world for their involvement.

A grandson of the late Dagbon King, Ya Na Yakubu Andani II, Abdul Karim Seidu has categorically stated that, the members of the ruling National Democratic Congress NDC orchestrated the 2001 Yendi Massacre, the leads to the death of his grandfather, the late Ya Na and the 40 others.

He alleges that, it was the NDC that pre-empt the minds of Dagbon especially the Andani family on the death of his grandfather if the NPP comes to power, fuming that, the NDC party knows the killers of the late Dagbon King.

According to him, in the run up to the 2000 elections, the NDC party told the Andani family that his Royal Highness, the King of Dagbon, Ya Na Yakubu Andani II will die if the New Patriotic Party (NPP) wins the elections and truly when the NPP took the reigns of the country, the Yendi Massacre occurs.

Mr. Abdul Karim Chesua who recently defected to the NPP was speaking to the media at a rally in Tamale, charged on the NDC government to show leadership by example and arrest those NDC members who anticipated the death of his grandfather, the late Dagbon King, Ya Na Yakubu Andani II.

Question why he is silence all this years if indeed he knew that NDC party was behind the Yendi Massacre, he fumed “the NDC knows them, I could come out because I was then in the NDC, which the reason why I join the NPP to fight my grandfather and my Dagbon”.

He said, the NDC use the division in the Dagbon to win the 2008 election and yet the they disappointed the youth of Dagbon and the people, saying, the Abudu and Andani gave the NDC power, where the Andani family marshal votes and work hard for them “now they are in Accra they don't know Andanis”.

Mr. Abdul Karim reiterated that, he knows those NDC members who told the late Ya Na on the face that he will die if the NPP wins the 2000 election. “Look if put on TV I will mention all theirs names I don't fear anything in Ghana because fighting for Dagbon, I am a grandson of Andani and Abudu”.