Why pamper the US and hound Otabil for blowing security alarm? Ursula Owusu 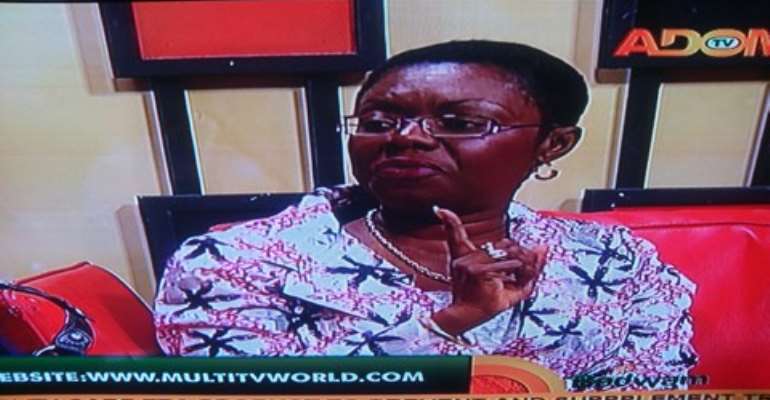 Member of Parliament for Ablekuma West, Ursula Owusu has criticised government for choosing to give a prompt response to the warning issued by the U.S Embassy to its citizens ahead of the Supreme Court judgment on the election petition, while hounding Pastor Mensah Otabil for expressing same sentiments.

According to Ms. Ursula Owusu, the General Overseer of the International Central Gospel Church, Pastor Mensah Otabil cautioned Ghanaians over what he felt could be a potential violence after the judgement on the Election Petition is announced but that he was virtually ignored by government in some cases criticised.

The U.S Embassy on Monday, August 19, 2013, advised U.S nationals to avoid the offices of political parties, Ghana's Supreme Court, the buildings of other institutions associated with the elections, and all political rallies.

However government, while agreeing that the US government reserves "the right to take any step that they deem will be beneficial to their citizens", said there is no cause for alarm.

Minister for the Interior, Kwesi Awhoi said Badwam on Adom TV Tuesday, the release was just to caution its citizens over places they should avoid just as the Ghana Police Service did earlier.

The New Patriotic Party MP has described as hypocritical government's decision to swiftly react to the release from the U.S Embassy and also assure everybody in the country that there will be peace after the August 29 judgement by the Supreme Court.

Speaking in reaction to Mr. Awhoi's comments on the programme Ms. Owusu said, there was no difference in the sentiments expressed by Pastor Otabil and the release issued by the U.S Embassy.

She accused government of being selective by offering detailed explanation to the U.S Embassy's release, while members of the governing National Democratic Congress (NDC) abused and insulted the Pastor for alerting the nation by making same comments.