We are preaching peace but preparing for war - Tarzan 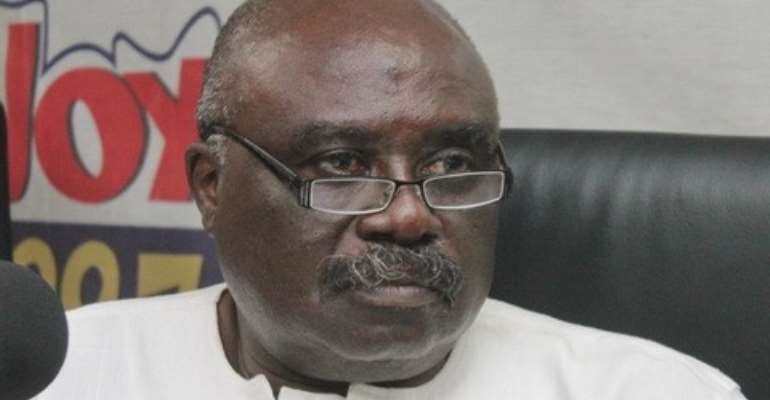 Outspoken politician, Dr. Charles Wereko-Brobby has said that the warning by the U.S Embassy to America citizens to avoid certain places as judgment day for the election petition draws near should not be dismissed.

He said the warning was rooted in the divisive and intransigent posturing of the parties involved in the electoral dispute which the Supreme Court is expected to give its verdict on on August 29, 2013.

The Chief Policy Analyst of Ghana Institute of Public Policy Options (GIPPO), was reacting to government's suggestions that the warning had no basis as part of discussions relating to Monday's circular issued by the U.S Embasy to its citizens, on the Super Morning Show on Joy FM, Tuesday.

"We are preaching peace and preparing for war," he stated.

A release issued by the Embassy Monday, August 19, 2013, advised U.S nationals to avoid the offices of political parties, Ghana's Supreme Court, the buildings of other institutions associated with the elections, and all political rallies.

According to the Embassy, there was potential increase in political tensions and the possibility of isolated violence associated with the anticipated announcement of the Ghanaian Supreme Court's decision on the legal challenge to Ghana's election results.

However government, while agreeing that the US government reserves "the right to take any step that they deem will be beneficial to their citizens", said there was no cause for alarm.

According to Deputy Information Minister, Felix Kwakye Ofosu, the nation will remain peaceful and united after the verdict.

Dr. Akwetey encouraged the citizenry to have confidence in the efforts being made to contain any potential violence.

He was confident that even if violence erupted after the judgment, the nation was capable of containing it just as "we have contained violent clashes in Nkonya and Alavanyo as well as other areas" around the country.

But Dr. Wereko-Brobby, popularly called Tarzan said, the statements by the security agencies announcing their readiness to deal with trouble makers after the judgment, "is a confirmation that there is a nascent problem brewing".

"Both sides of the argument [petitioners and respondents], have got two parallel teams going; the official parallel team go and say we are prepared to accept the verdict, then they've got the shadow teams which are pumping their communicators and their supporters full of why we should win and, therefore the chorale is if we don't win, this is what will happen," Tarzan observed.

He charged the media to act as "messengers of peace" and "stop giving the oxygen of publicity to these very divisive positions that are put out in the shadow media", by agents of the parties in the electoral dispute.

I haven’t said NPP is Majority in Parliament – Bagbin clarif...
19 minutes ago