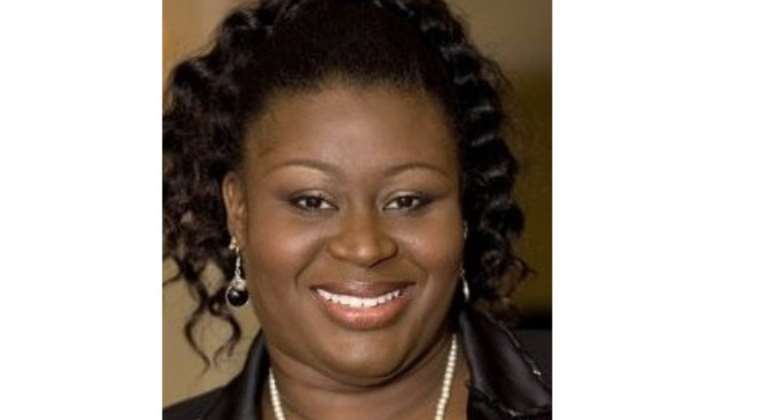 She is known professionally for her intellectual achievements and professional accolades in Marketing Management and Brand Development.

She recently worked at GLO Mobile Ghana Limite as their Head of Advertising.

At the age of 32, she became the youngest, and only female to be named as the Chief Marketing Officer at Uganda Telecom, a Lap Green telecommunication conglomerate in Uganda, East Africa. Maria Louisa continues to work as a Marketing Consultant to troubled multi-national firms in Europe, the Middle-East and Sub-Saharan Africa.

She has endeavoured to create innovative solutions that allow telecom businesses to embrace cutting edge technology and utilize online channels of distribution to maximize revenue.

Through creative ingenuity, entrepreneurial vision and solid marketing strategies, she launched simultaneously two companies in 2006 while working on her Six Sigma Certification from GE; (a) SkyeRaine XChange (SRX), a Global Career Placement & Human Resources Consultancy and (b) Kulture Shock Productions (KSP), a subsidiary company specializing in Urban Entertainment and Events Planning in the United States.

Maria Louisa attended Wesley Girls' High School in Ghana, as well as Achimota Secondary School for her 'O' and 'A' levels and continued at Spelman College in Atlanta, Georgia with full academic scholarship for her undergraduate degree.

She also acquired an M.B.A. degree when she graduated as a "Whirlpool Journey to Excellence Scholar" from Clark Atlanta University's Master of Business Administration program in 2005, also on full academic scholarship.

In 2008, she was documented as one of the first Ghanaian-American females to be featured in the EBONY magazine for her career achievements as a marketer.

She has been recognized by other publications and international organizations including MENSA - an organization for individuals with high IQs - just like her father, the late Dr John Ackah Blay-Miezah.

Maria Louisa was married to Alvin Ray Brookshire; they have two children; Skye and Raine Brookshire. She also plays the piano and is fluent in three (3) languages. She enjoys writing poetry, watching plays, collecting quotes and reading Shakespearean Literature.

“I want to leave my mark - a BOLD footprint in my academic, professional, entrepreneurial and philanthropic aspirations; for after all what else should be expected of me?” Maria Louisa Brookshire told CNBC recently in an interview.

Meanwhile, no replacement has been made for Maria Louisa Brookshire's former role at GLO Mobile Ghana Limited to date.

'Forgive me if I was wrong to spearhead renovation of Asomdw...
40 minutes ago