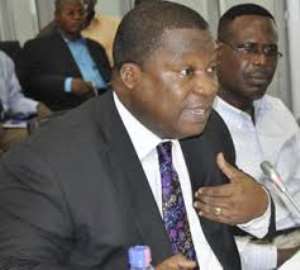 Post Purchase Dissonance is a bad feeling of deep regret after you have paid expensively for a product or service - and later realised that it is worthless or faulty or complete waste.

We have all at least for once felt terribly bad after purchasing a product. Many a times, we may try to employ the another consumer behaviour mechanism - "Post Purchase Rationalisation" -trying to find several illogical reasons to appease oneself that one has purchased a good product.

The petitioners at the Supreme Court are clear victims of Post Purchase Dissonance based on my telepathic feelings. Their counsel is putting up a really abysmal and horrendous performance in court with his class-onenic mode and style of cross-examination.

The counsel's temper tantrums and facial countenance of bitterness are clear indications of frustrations - he is not up to the task - like a bad workman blaming his tools.

Mr Addison, counsel for the petitioners from the word "go" was inundated with many accolades of being "master of his own class" and "lawyer par excellence". Now, we can confidently say that all these accolades were nothing but a mere window dressing and elephantine gimmicks to whitewash his diffidence to perform.

And truly, they (NPP) have succeeded in building Ambrose Bierce's Devil's Dictionary

definition of "Self-Esteem" - an erroneous self appraisement.

The petitioners' hopes are dwindling - freely flying like UFO whiles Addison trembles like a rain-beaten bird before a blunt knife of a savage!

I have no shred of doubt that one of our footsoldiers with little grasp of few legal lexicons - legalese - can outshine Addison. And I can bet my last penny on that!

To make a long story short, the petitioners' counsel, Addison was OVER-HYPED and BALLOONED. He is now under subtly DURESS to rise up to his billing! But he disappointed everyone with his first opportunity to make a case for himself and prove his worth by abruptly ending his cross-examination like a "wake up from a dream"

In literature is termed as Anticlimax!
The Hausa man will say "Case yaa mutu!"