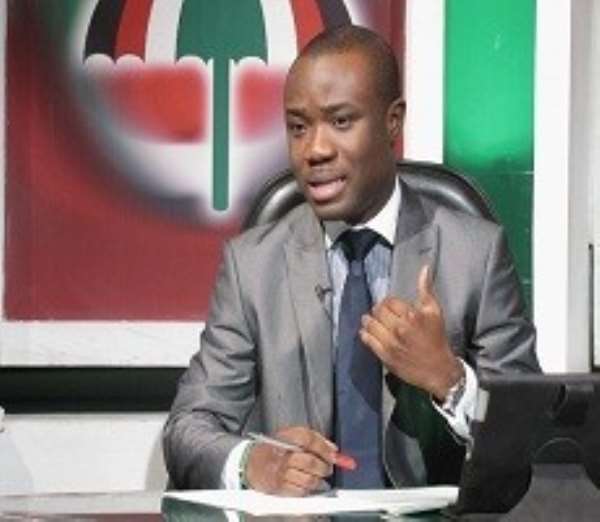 It is so terrifying that the work ethics and general behavior of most state officials, especially some MPs and Ministers of state in Ghana are totally the opposite of what is needed to empower the nation to achieve its socio- economic and political objectives that will propel it to save its citizens from ditch in which they have been finding themselves.

We witness some state officials in very significant positions whose character is nothing to write home about. They are not able to distinguish between government duty and party responsibility. They lie, but are allowed to go scot free. They release total blunders, but are not removed from office, and this positions them to gush much more propaganda and total lies.

They are not mature enough to handle energy-supping issues, and if they were forced into those offices, or they were simply not capable of executing their duties. They become so emotionally weak that instead of addressing issues properly to the public, most times they resort to insults , attacks, deviations and other unwholesome acts in studios, whether FM or TV networks, and on other platforms, and this goes a long way to disgrace government.

It is not fair for the people of Ghana to suffer in the land of their own. It is not just for the presidency to equip itself with people who do not know about their responsibilities. It is not right for government officials to go unpunished when their incompetence and ignorance become the source of the people's everyday challenges. Any institution should be responsible for the security, peace and prosperity of its people. Political leaders just take the people for granted.

For we know, according to President Obama that, 'Political leaders will not take risks if the people do not push them'. Ghana's political leaders are afraid of taking risks in bringing liberty and wealth to the people, and that is why what most enjoy doing is to resort to drama, deceit, propaganda and total falsehood.

But, have we been able to identify the most original source of this situation? The President or the Appointment Committee are likely to make mistakes in choosing who they want to head which ministry, department, municipality and other key offices. Sometimes, they are controlled by pressure emanating from within their party.

Additionally, their financiers who once financially equipped their campaign teams during electioneering periods, coupled with those who sacrificed their lives to assist in caravanning the governing party to win election are real pressure whose back requires real political scratch in return. With all these real challenges that are encountered mostly without the knowledge of the public, we can still make better decisions to ensure the safety and prosperity of the citizenry.

The onus rests on the Vetting Committee to place the people at the center of their duty as people who are paid with the tax payer's money. I have always come to believe that the country's vetting committee has never done the best job. One thing that is highly annoying is how they constantly compare Ghana to the United States of America, but they forget to realize what it takes for Congress to approve the President's nominations.

A mere slip in the execution and management of the responsibility of a state official in the US can bring an end to one's political career, but this reality is not what we see in Ghana. Sometimes, it seems as if ruling parties in Ghana were short of qualified and experienced politicians.

The Vetting Committee should be ready to accept the blame that they are the source of Ghana's poor state, because of their lack of vetting competence, and the political will to bring freedom, justice and respect to the people no matter the pressure from presidency and other sources. What they should know is that the people must be at the center of their duty as a committee.

As a committee, they are expected to professionally diagnose the true picture of presidential nominees so that they best fit their positions. Those who do not exceptionally perform should not be allowed to hold state positions, and this will help in staffing government with the qualified and mature professionals poised to bring meaning to the livelihood of the citizenry.

Ghana has always seen the drama stuff whenever such a committee is established to interview nominees, and it has to stop now. They can do a lot to help the presidency and the nation as a whole.

For instance, they can really find where nominees can be very useful in assisting the government in power to achieve its objectives. Similarly, they need to ask serious questions about the previous remarks and overall behavior of nominees with all the seriousness.

For example, we all know Felix Kwaakye Ofosu as a good communicator, but if really he can sensibly explain and give meaning to all that his mouth has pumped into the ears of the Ghanaian, then he has to be given the deputy ministerial post.

In the same way, if Samuel Okudjeto Ablakwa can tangibly affirm that he will not be at the Ministry of Education as Deputy to disgrace the intelligence and maturity of the general students' body including all alumni dead or alive, then he should be given the boost. All eyes are watching what you are doing this time around, Ghana's Vetting Committee.