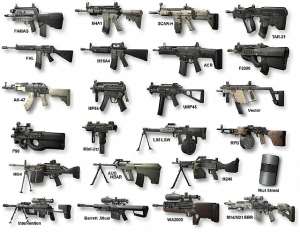 As part of the foreign policy, Russian authorities have been strengthening military-technical cooperation, which includes officer training, the sale of arms and military equipment often coming up short on publicly available details, with a number of African countries. Besides Africa, Russia has also intensified cooperation, gaining a stronghold, in the usual business sphere with Asian and Latin American countries.

Dr Scott Firsing, who is a visiting Bradlow fellow at the South African Institute for International Affairs (SAIIA) and a Senior Lecturer in International Studies at Monash University in Johannesburg, told Buziness Africa that many African countries were purchasing equipment from Russia. The Stockholm International Peace Research Institute (SIPRI) reported in December 2011 that Russia accounted for 11% of the volume of major arms supplied to sub-Saharan Africa.

For Russia, the arms sales business is a lucrative one. African buyers prefer weapons from Russia due to their reliability and costs. Russia is the world's second largest arms exporter after the United States, but like the US, this doesn't mean Russia is ignoring development. Dr Firsing further argued that Moscow wrote off debt of over $20 billion to several African countries in October of last year. Russia allocated $43 million to the World Bank program during the last four years, mostly for education.


"In the past, during the Soviet era, The Soviet Union pursued this military policy against the western domination in Africa. Russia has revived their contacts with their African comrades that used to be the traditional buyers of Soviet weaponry. It is a similar policy, in the sense, that they are using military diplomacy once again in order to gain stature and influence in certain countries," Dr Firsing told Buziness Africa.

"They think strategically. And they are taking the right approach by using their expertise in everything from arms to nuclear power to satellite technology in order to ensure mutually advantageous cooperation with strategic African partners. They are late into the game, but have a historical advantage over others, helping many African countries win independence. And there are signs it is working. Alrosa has prospecting mining operations in Botswana and Zimbabwe. Lukoil is now drilling three wells in the Ivory Coast, one in Ghana and one in Sierra Leone. Better late than never as they say," he concluded.

"The right question is that it shows clearly Russia's weak business engagement with Africa on the other hand. There are so many investment areas, what is important these days is that Russia has to go beyond just selling arms to Africa! Still, Russia has the chance to transfer its technology to agriculture and industries in Africa," Dr Shaabani told Buziness Africa in an interview.

Charles Robertson, a Senior Economist from Renaissance Capital, an investment bank with operations in Russia, the CIS, Central and Eastern Europe, Asia and Africa, says "a key reason is that military equipment is one of Russia's competitive advantages. It is unfortunately (for Russia) less valuable than it used to be and military equipment are some if the few industrial products where Russian brands are well known."

State arms exporter Rosoboronexport accounts for around 80 percent of all Russian arms sales in a given year and nearly 20 independent firms comprise the rest with sales of spare parts and upgrades. Top weapons clients also include Soviet-era cliental and regional Asian heavyweight India, as well as Vietnam and other Southeast Asian nations wary of China's growing military might.

President Vladimir Putin said a major part of Russia's weapons business includes upgrades and refurbishment of Soviet-era technology and hardware. "We understand that competition in this sector of the international economy is very high and very serious," he said.

However, Russia's overseas arms sales exceeded $14 billion in 2012, outperforming forecasts by more than $500 million, according to the official website transcript text of Vladimir Putin at the Federal Security Council meeting on the defense industry held in December 2012.

Russia sealed global export contracts worth $15 billion in 2012 and wants to expand its scope and strengthen its position on the market for the maintenance and modernization of military equipment. Rosoboronexport's cooperation with traditional importers of Russian weapons from Africa include Algeria, Angola, Burkina Faso, Botswana, Ethiopia, Ghana, Libya, Morocco, Mozambique, Namibia, Sudan, South Africa and Uganda.

Another potential buyer in this market niche is Zimbabwe. At the moment the country doesn't have the hard cash to pay for Russian fighter jets, and Russian suppliers may face stiff competition for Zimbabwean contracts from the Chinese. But, Zimbabwe is very rich in mineral resources, so it should be possible to find some flexible way of financing the deal. Russian media outlet Kommersant also reported that Russia may supply military helicopters to Zimbabwe in a swap deal to buy the world's second largest platinum deposits.

In 2007, the MiG corporation was accused of providing low-quality equipment for MiG-29 fighters that were rejected by Algeria. Russian investigators insisted that officials deliberately signed contracts with firms that sold old and faulty aviation equipment to the MiG company using forged certificates and tags while charging as if it were new equipment. Some of the faulty parts were installed on MiG-29 fighter jets sold to Algeria through Russia's state arms exporter Rosoboronexport.

Rosoboronexport signed a $1.3 bln contract to deliver 28 one-seater MiG-29SMT fighters and six two-seater MiG-29UB combat trainers to Algeria in March 2006 as part of an $8 billion military cooperation agreement. However, after receiving 15 MiG fighters, Algeria refused further deliveries in May 2007. It then froze all payments under contracts with Russia in October 2007, requiring that Moscow first take the 15 MiG-29s back due to their "inferior quality."

Uganda signed its first contract to buy six Sukhoi Su-30MK2 fighters from Russia in early 2012 for an undisclosed sum and is currently in talks with the Russian state arms export company Rosoboronexport over an option to purchase six more Su-30jets. Rosoboronexport Deputy Director, Alexander Mikheyev, on September 20, 2012 at an arms exhibition held in South Africa, assertively said and was quoted by Russian media: "Now, we are talking about an option, the Ugandans expressed interest in buying another six aircraft of this type."

Additionally, Russia continues targeting some other African countries. An official told the Interfax news agency in mid-February that Russia could revive military-technological cooperation if Mali situation stabilizes and assertively further added that the Libyan weapons market was not lost completely for Russia.

Last year, Vyacheslav Dzirkaln, Deputy Director from the Russia's Federal Military-Technical Cooperation Service, noted in remarks published in the local media that Moscow would determine the possible areas of Russian-Libyan military-technical cooperation and that would include the maintenance and restoration of the contracts that have been signed, but have never been implemented before the overthrow of Gaddafi's regime.

Alexander Fomin, Head of Russia's Federal Military-Technical Cooperation Service who headed Russia's delegation to the Aero India show in the city of Bangalore, said that Russia had lost a number of clients for its weapons due to recent events in the Middle East and North Africa.

Senator Mikhail Margelov, who is Russian President's Special Envoy to Africa and also Chairman of the Federation Council's Foreign Affairs Committee, has on several occasions reiterated Russia's position on the intensification of military technical cooperation with Africa.

Academic experts have also shown concern. "With African countries, the primary aim now for Russian business is to regain a competitive edge in the global arms trade, and what's interesting today is that the approach is not ideological but very pragmatic, you pay we ship, it's simply business and nothing more," Professor Dmitri Bondarenko, a Deputy Director from African Studies Institute of the Russian Academy of Sciences in Moscow, told Buziness Africa.

Similarly, Tom Wheeler, a Research Associate at the South African Institute of International Affairs, explained to Buziness Africa in an interview that Russia has two categories of export products: minerals, especially oil and gas, and military hardware. Africa does not need the former. It has plenty of its own. So what is left? There is still plenty of internal violence, for instance, Central African Republic, Democratic Republic of Congo, Uganda, Nigeria and, of course, Republic of Mali.

According to Wheeler, if the price is right, African governments will go for Russian products and back-up support. These days it is not a simple, East-West competition for influence in Africa. There are many more players: China, Turkey, India, South Korea, Brazil, in addition to the EU countries and, of course, the United States.

Professor David Shinn, an Adjunct Professor at the Elliott School of International Affairs George, Washington University and a former U.S. ambassador to Ethiopia (1996-99) and Burkina Faso (1987-90), wrote in an email interview to Buziness Africa that while all African countries have legitimate requirements for military training and the acquisition of military equipment, some of them have invested excessive amount of money into strengthening the military. When this happens, whether it is training/military sales provided by Russia, China, western countries or any others, it detracts from economic development.

He added: "the current Russian arms transfers to Africa should not be interpreted the same way as they occurred under the Soviet Union. The Soviet Union provided huge quantities of arms to client states such as Ethiopia and Angola during the Cold War. It also provided a significant amount of military training to select African countries. The focus was to counter western interests in Africa. Military transfers and training by Russia are commercial deals as a way to make money. Ideology is not a significant factor. Russia's major competitors in this business are China, Iran, North Korea and several former Soviet republics."

Significantly, Russia's overseas arms sales exceeded $14 billion in 2012 has made it enough to maintain its position as the world's second largest arms exporter after the United States. Russia plans "to enhance multifaceted interaction with African states on a bilateral and multilateral with a focus on promoting mutually beneficial trade and economic cooperation" - the full text of the new foreign policy concept was approved by President of the Russian Federation Vladimir Putin on February 12, 2013.

*Kester Kenn Klomegah, a former editorial staff of The Moscow Times, contributes articles to Inter Press Service (IPS) and is a keen foreign policy observer and an independent researcher on China's and Russia's policy in Africa. In 2004 and 2009, he won the Golden Word Prize for series of analytical articles highlighting Russia's economic cooperation with African countries. (This article was originally published by Buziness Africa)