How To Attain Peace And Security In Nigeria (2) 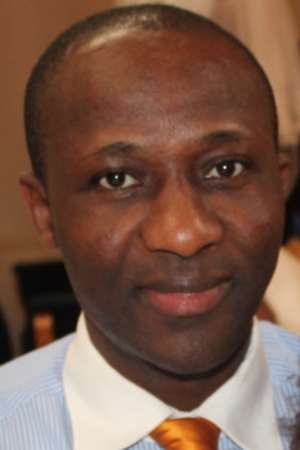 Improper identification of Nigerians has made countless criminals to escape judgement thereby jeopardising the security and the peace of the nation. Because of this malfunction in census and lack of proper identities, judges have often refused to grant many people bail even to those with very strong evidences that they may be blameless of crimes accused of fearing that they may jump bail and may not be traced Thus, this failure has unjustly aided the sufferings of so many innocent Nigerians who may not have the money to bribe for their freedom in the hands of the police and judges or to get the services of lawyers to defend them.

One of the effects of this breakdown is the congestion of Nigerian prisons and police cells beyond their capacities with the cries and the hope of many guiltless poor ones only to their redeemer in heaven. But painfully some pen criminals in suits as the probe in the oil sector has revealed walk freely on the streets with escorts and can afford to use their stolen money to hire high profiled lawyers like SANs to cover their criminal acts.

Unless Nigerians are properly documented, every government policy towards economic revival and to have security and peace will continue to be chaotic without the desired results accomplished because most of the challenges of having a civilized society are interconnected , taking care of one and leaving one makes nonsense of any effort.

A country without a central data base for effective control of crimes and movements cannot successfully execute a huge policy like the “vision 2020” of the federal government of Nigeria . A country like Nigeria where one can commit a crime in a particular state and run to another state or even change location in the same state and may never be caught based on scientific or modern technology is a haven for criminals that may fraudulently rise to become political leaders. This is dangerous to the society. Proper identification of Nigerians is vital to peace and growth of the nation.

Political structure: What we need are 2 political parties

The system of government practiced in Nigeria today has made the centre too sweet, attractive and powerful, thus, the fight to be in control to many people becomes a “do or die” affair. I once wrote that unless we “… pick the political courage and convene a national conference where we will decide on how to make the centre (federal government) not so attractive like it is now by allowing each federating state to develop according to its pace and to have greater percentage of its natural resources, but also making the centre very strong enough to hold the federating states together as one Nigeria” that Nigeria will continue to stagger.

As we now sincerely search for peace and security, one of the most interesting of all the conferences held under the cruel rule of the British colony that is still very relevant in today's Nigeria was the “General Conference” held in Ibadan in 1950. Not only that this conference hugely helped in the realisation of the Nigerian independence but also in this conference Nigerian representatives agreed unanimously to practice a system of government that should allow each of the three regions (east, west and north) as enshrined in the Macpherson Constitution to develop according to its pace. I absolutely bought the idea of this decision of the Ibadan “General Conference” of 1950. On the other hand, if we insist on the current presidential system of government, I advise for the structure of two political parties only.

Retrospectively, the introduction of option A 4 by Prof. Nwosu in 1993 led to the huge success of the 1993 presidential election that is still today acknowledged by local and international communities as the most free and fair election ever conducted in Nigeria. If you remember, in that election, Nigerians made for the first time in their political lives a statement when they relegated ethnicity and religion and voted massively for the SDP party and MKO Abiola against the NRC party and Bashir Tofa without regard that MKO Abiola and his running mate Babagana Kingibe were both Muslims. But unfortunately that election was heinously annulled against the wishes of the people by the then military dictator Ibrahim Badamosi Babangida that led to the gruesome murder of Kudirat Abiola, the questionable death of MKO Abiola and the death of so many Nigerians.

Knowing that we are a secular state with sensitive components, in my view, I strongly believe that the practice of two political parties will bridge gaps and also reduce mediocrity and political tension in Nigeria . As a democrat I recognize the facts that many political parties will give many people the opportunity to choose which party suits best their vision of a political philosophy. But judging from the behaviour of Nigerian politicians, the majority of them still do not believe in ideological party.

You will see a Nigerian politician jumping from party A to D castigating his former party of lacking internal democracy or corrupt because he wants to be with the ruling party at that moment. And if the same party he joined fails the next election etc., he is again on the move, joining the next winning party with celebration and press conferences describing the immediate party he left as the biggest mistake of his political career and the trend goes on.

Consequently, Nigeria is yet to attain the height of having ideological political parties in the real sense of political parties. In regards to this our interesting peculiarities and experimental processes, I repeat that two political structures will afford us the opportunity to learn and tolerate each other better for peaceful co-existence without minding whether one is Hausa, Igbo, Yoruba, Middle Belt and Ikwere or whether one is Christian, Muslim or pagan etc. This option will take Nigeria far as an entity. The current structure promotes ethnic nationalities founding political parties in ethnic lines and religion. Let us do things because it suits us and not because other countries are doing them.

A few years after Nigeria had gained independence the military took over power inconsiderably ruled Nigerians with unpopular and uncivilised iron fist methods of do as we command laws.

Again, in 1999, Nigeria was said to have returned to democracy, and since then a few groups of individuals have hijacked the Nigerian project with tyrannical and obnoxious laws without considering the feelings of the populace. The Nigerian people are yearning for a true constitution of the people by the people and for the people and not a constitution of the military by the military and for the interest of a few individuals. We rejected the military as only good in times of external aggression. So, why are we using the ideas of these few military Nigerians we condemned as not being capable or trained in law making to govern the country and still expect not to have commotion?

The scenario of condemning military dictatorship in Nigeria and accepting the laws it made as a way of governance in Nigeria is exactly the same way we condemned British colonialism and rejected the national anthem “Nigeria we hail thee” which they gave to us but accepted the name “Nigeria” which was also their brain child. Honestly, it still remains a misery for me to fathom the reason behind our not accepting some of these situations in totality or rejecting them in toto.

For us to have peace in Nigeria , the (SNC) Sovereign National Conference is inevitable. Even in times of war, all factions are condemned to a round table discussion and must make a compromise before any amicable solution may be found. I really do not understand why we are finding it very difficult to accept the simplest logic in the world that in the midst of fears and uncertainty Nigeria finds itself today that it is extremely reasonable and important that we sit down together and fashion out how we can co-exist in harmony and peace. But if we found it necessary to discuss with militants and are ready to discuss with Boko Haram as a measure to have peace of mind and security; what is our reason not to come together and thrash out our problems in a way that is progressive? Martin Luther King said, “If you can't fly then run, if you can't run then walk, if you can't walk then crawl, but whatever you do you have to keep moving forward.” If we are scared of the name Sovereign National Conference give it another name but the important thing is that Nigerians must come together to share ideas. A country that just celebrated 52 years of existence but yet the question whether we are one country has always been on the lips of many shows that something is wrong. A country where all the ethnic groups feel marginalised and have got something against the government at the centre based on tribal sentiments is sitting on a time bomb. Therefore, in absence of a round table discussion amongst Nigerians under any name, any solution found to Nigeria 's problems by anybody or group of persons will not genuinely guarantee the needed peace and security. Without sounding pessimistic, I am afraid to say that such resolution cannot stand test of time.

To be continued next week

If you missed part 1, click here, "How To Attain Peace And Security In Nigeria Part 1" to read.

Tight security at courts over possible terrorist attack
54 minutes ago

‘We don’t have anything here for Sir John’ – Lands Commissio...
54 minutes ago