Transforming the Agric Sector in Ghana 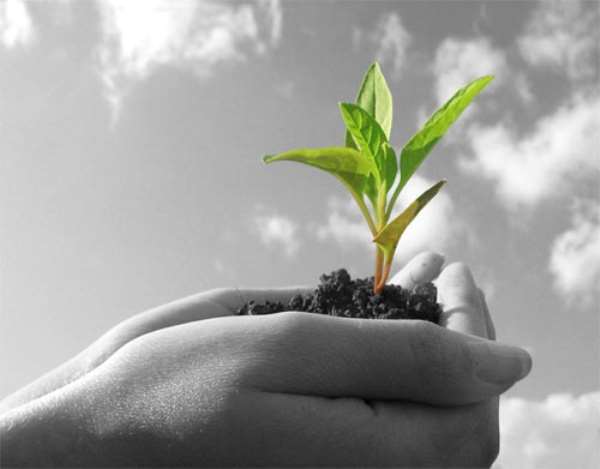 A lot has been said about Ghana's economy and the need to boost agricultural production to feed the nation, provide jobs for our people, stem rural-urban migration, reduce poverty and enhance the nutritional needs of our people. Sadly enough, little concerted effort has been made by governments and stakeholders over the years to significantly develop the nation's agricultural industry.

Ghana has more arable land than most Western European countries yet we import agricultural products from these countries. Ghana is a net importer of almost every agricultural products ranging from rice, wheat, soya bean, corn, poultry products (turkey tail, chicken, etc), fish and fish products, beef, pork, pig feet, cow feet etc. The country cannot continue to apply piece meal approaches to solving this very essential food importation problem. Over the years governments have been in a hurry to implement various intervention programs different from those implemented by predecessor governments. Interestingly all the intervention programs are either short termed or not sustained long enough to ensure that results are achieved.

Ghanaians and our Governments have a 'beggar attitude' (BA-the belief that we need to beg foreigners, foreign governments and institutions for assistance to solve our problems) which has not served us well in the past and will never serve us well. I the earlier we realized that the better it will be for our country. We are quick to go begging any foreigner or foreign institution to help us solve our problems; we do this as individuals and as governments. Successive governments have always looked up to the World Bank and its sister institution, the IMF for help and approval of programs we intend to implement. We refuse to take our rightful position to be counted among the League of Nations. We are always under the illusion that the solutions to our problems lie in the generosity of some foreigner or foreign institution somewhere across the Atlantic Ocean.

I must commend the government of Ghana for instituting the fertilizer subsidy program for our famers though it is very limited. I must also commend the National Service Scheme for introducing the Youth in Agriculture project. While commending our governments for trying to solve the agriculture problem, I must say that the seemingly uncoordinated nature of these programs and the limited reach is very worrying. It appears that over the years, governments introduce these types of programs just to score political point rather than really solving permanently our problems. Sometimes one is tempted to believe that either our leaders do not believe the problem can be solved or they are protecting some business interests. I do not believe it is the situation that our leaders do not know what to do to solve the problem.

In 2005, Malawi had an acute food shortage due to bad harvest and over 38% of its population had to live on food aid from the World Food Program and other donor agencies. By 2007, 2 years after the food shortage, Malawi was exporting hundreds of thousands of tons of food to its Southern African neighbors and selling food to the World Food Program. It took the commitment of Malawi's late president Bingu wa Mutharika to make it happen. His commitment to solve the problem was summed up in a statement he made “As long as I'm president, I don't want to be going to other capitals begging for food”. He emphatically denounced the BA. Malawi is a landlocked country with depleted soil but that did not deter President Mutharika. He exhibited a profound knowledge of the problem when he told his advisers “Our people are poor because they lack the resources to use the soil and the water we have”. I wonder if any of our candidates for president of the Republic of Ghana can show President Mutharika's level of understanding of the problems that confronts the agric sector in Ghana and the determination to solve them.

President Mutharika's solution to the food problem was simple; he subsidized fertilizers significantly, and other agricultural items to all farmers. Ironically Britain and the United States, two countries that heavily subsidize and provide a minimum purchase prices for their farmers were very skeptical of President Mutharika's plan. The World Bank (US) and IMF (EU) have stood firmly against African countries subsidizing their farmer for several decades. These institutions have not been able to stop the US and the EU, countries that have been subsidizing their farmers since the 1920s and 1960 respectively. Malawi's success story provides a very good recipe to other African countries such as Ghana to emulate.

The European Union (EU) under its Common Agricultural Policy (CAP) program spends over 40% of its budget to subsidize European farmers. According to EUR-Lex (http://eur-lex.europa.eu), the EU in 2010 spent EUR 57 billion or USD 72.6 billion (more than twice Ghana's GDP in 2010 of USD 32.2 billion) of its general budget on subsidies to its farmers. EUR 39 billion of the amount was spent as direct subsidies (cash payment) to the farmers and EUR 18 billion on indirect subsidies. The BBC reports that in 2009 the amount spent on CAP was EUR 59.8 billion or USD 79.9 billion. According to the EU the aim of the CAP is to provide its farmers with a reasonable standard of living, provide consumers with quality food at fair prices and to preserve rural heritage. If EU farmers' earnings are not comparable to that of the average worker in the locality in which they live, the farms are considered not viable and the farmers are paid special amounts to make up for the difference in earnings.

On its part, the US pays its farmers over $20 billion in direct subsidies and several more billions of dollars in indirect subsidies at both the federal and state government levels. The US government pays farmers directly and also guarantees them a minimum price for their products. In some cases the subsidies are targeted at certain groups of farmers to encourage more production and or to shield them from international competition. For instance the US spends over $7 billion to subsidize corn ethanol in order to shield them from competition from cheaper sugarcane ethanol from Brazil.

The US government has several indirect ways of subsidizing farmers and reducing their risk. Whereas in Ghana and many developing countries there are no insurance products for farmers, in the US, German and other Western countries there are few private insurance products that help mitigate the risk of farmers. In the US the government insures almost all the risks faced by farmers in an insurance product called the multi-peril crop insurance (MPCI) through a government insurer. In addition to being the insurer (taking up the risk) the government also subsidizes the premiums for the farmers. I believe this type of program is meant to circumvent World Trade Organization's free trade concerns. The cost of this crop insurance program to the US government was about $9 billion in 2011.

In 2009 Japan spent USD 46.5 billion in subsidies to its farmers. This amount is far greater than the GDP of Ghana in the same year.

I am making all these references not to condemn subsidies to farmers but rather to point to the fact that subsidies have served other countries well and that our governments need to wake up and learn to say NO to the double standards of our so called development partners. Our governments should start thinking of subsidies and other interventions such as special tariffs, guaranteed minimum prices to farmers to enable us compete. Ghana should be able to produce enough to feed itself and also export to other neighboring African countries if we invest in agric (food production). We can learn to implement some of the mechanisms implemented by the EU under its CAP program.

CAP is carefully crafted to ensure that agricultural products/commodities stay within a certain range within the EU. Some of the mechanisms put in place under the CAP program include:

The effects of investing consciously in agriculture will have an enormous multiplier effect on Ghana's economy. It will spur growth in the services sector, industry as well as the manufacturing sector. It will provide jobs for thousands of people and ensure food security, additionally investing in agriculture will bring in foreign exchange when we export the surplus of what we produce.

Our thinking, actions and politics have been permeated by the BA to the point that our national policies are BA based. For instance why should we focus on investing huge sums of money in making Senior High School (SHS) free or starting a onetime National Health Insurance (NHI) premium whereas we can invest those resources in agriculture development, empower the poor farmers and rural folks so that they are able to pay for their health insurance premiums and the school fees of their wards. Implementing free SHS and onetime NHI will only continue to make beggars of our farmers, rural folks and people at the bottom of the economic ladder.

I am of the strong opinion that just as the EU implemented various mechanisms under the CAP to protect its agriculture sector; Ghana should implement the following measures to wean us off the dependency on imported agricultural commodities:

Knowing how corrupt many Ghanaians are, measures should be put in place to ensure that people do not take undue advantage of the various interventions suggested above to make money for themselves while the nation suffers.

To conclude, I want to say that if agric subsidies are good for farmers in the USA, Japan and EU countries then they should be equally good for Ghanaian farmers. It has been shown to work in Malawi (Africa) by the late president Mutharika. Our leaders therefore should wake up and say a BIG NO to the so called development partners when they are advised not to subsidize our farmers. The World Trade Organization (WTO) CANNOT and WILL NOT stop the US or EU from subsidizing their farmers. Since 2001 the Doha Round of talks have been a failure simply because the USA, Japan and EU have refused to remove agriculture subsidies when asked to do so by developing countries represented by Brazil, China, Indian, South Korea and South Africa. I wonder if we will ever have the likes of the late president of Malawi Bingu wa Mutharika in Ghana.