We want to see our President. Where is he? 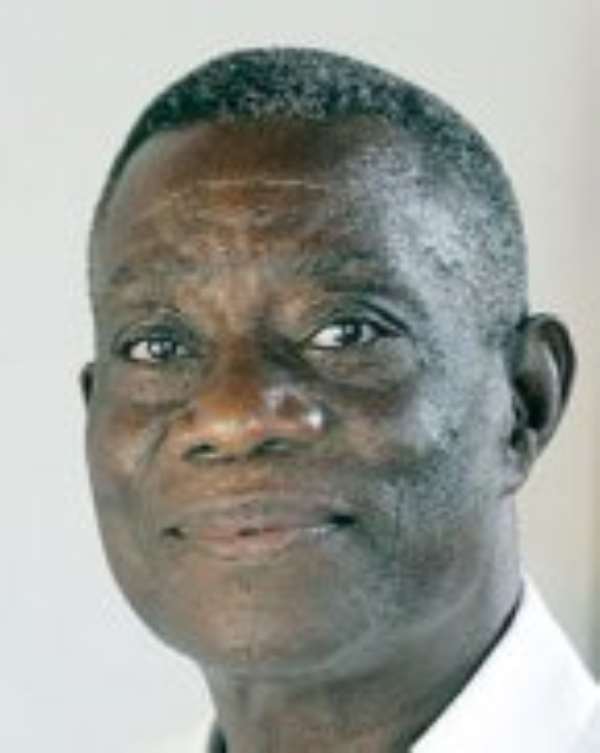 The President is the father of the nation. It is therefore of paramount importance that the citizens know his whereabouts and health status. Both the Holy Bible and the Holy Koran enjoin us to pray for our leaders. In offering oneself for the position of President, the candidate, in effect waives some of his/her rights to privacy.

Thus, it raises a lot of concern when the President is shielded from public view and no information is given as to his. It is such lack of communication that leads to speculations about the health status of the President.

When Nana Akomeah, NPP Communication Director said that kenkey costs Ghc1.00 a ball, those holding the President hostage at the Castle 'marched' him on a publicity blitz to both Agbogbloshie and the Mallam Atta Market to buy kenkey from a pre-arranged seller. There, he bought 5 balls at the price of 50 pesewa each. If the President alone spent so much on kenkey without fish, what would someone with a family do?

But if the President truly wanted to buy kenkey, he should have gone to Teshie, Nungua or Osu. He could have even gone to Kenkey House at Alhaji. By the way, is the Presidency aware that bread now sells between Ghc2.00 and Ghc3.00? 1f he doubts it let his convoy travel to the Alhaji, Osu, 37, Lominava, Trotro Lorry Station at La-Paz. I am wondering why he has not gone in a convoy to verify the truth as pertains to the price of bread. The truth of the matter is simple. The President is not well.

Earlier on, the hangers on at the Presidency had made him undergo a similar ordeal when he submitted his nomination papers at the Party's headquarters. Was that necessary? Couldn't the person or group of persons from the NDC have submitted same on his behalf to free him from the ordeal and torture they put him through?

The President attended those two stage-managed events which were personal to him without any hitch. But when a much more national event of greater dimensions demanded his attention, he was no where to be found. When there were ethnic clashes in the Volta, the Central and the Northern Regions, the President never made any public utterance on them. Almost two weeks or so after the “events”, the president resurfaced and told Ghanaians he was going for routine “check up”. When the flag bearer of the NPP sent a get well message to him, the hawks, hyenas, dogs, foxes, sharks, snakes,vultures,in the NDC led by the traitors to the cause of national unity” Iku Kwesi Pratt and Chemical Ali, Okudzeto Ablakwa descended on him and used all sorts of expression on him.

And at the airport before departure, they made “the old man” go through a vigorous exercise of jogging just to prove to all and sundry that the president was in a very good health. But I ask the question. “Was that necessary?”.

Well, the president was on his routine check up for more than ten days. When he returned, those same self seekers made him go through another bout of rigorous exercise. The president in his suit was made to trot from the tarmac to the waiting hands of party executives, security personnel and bussed party supporters at the airport. Once again, I ask the question “Was that necessary”?

You could see from the demeanor of the President that he was not finding that exercise funny. He was panting and wished he was at a different location far from the airport. But there was nothing he could do. He who must be obeyed has spoken and the order has to be obeyed, even by the President.

At the Airport, the president spoke and you could see that there was everything wrong with his health. His voice was breaking at various points. A picture of the President resplendent some few days later in his three piece white Agbada out fit revealed that all was not well with him. And the people at the Castle have remained mum.

What is happening? Where is the President? How is he? We are the constituents of one President and we should know his whereabouts. Where have they taken him? It is almost three weeks after his triumphant home coming but he has not visited any of the troubled spots. why? Has he been kidnapped by alien forces from outer space?

The answer is not farfetched. The President is out of coverage area. He is not in sound health and instead of telling us the true state of affairs as they affect the health status of the Number One Citizen, the powers that be are prevaricating. I have stated it at different platforms that our number one citizen is not sound in health.

Sickness is like pregnancy which cannot be hidden for long time. The President demeanor shows that he is unwell and needs to be prayed for. I was not enthused with the antics of those who held him hostage at the airport. If the President is not well, he should take some time off to take care of his health. He should hand over to his Vice for some time when he gets well, he can the go back to his post. We will understand.

You see the absence of the President on national affairs has given room to some unscrupulous elements in take actions inimical to the stability of the nation. The Accra Mayor a few years ago stated that the President had apologized to him.

Koku Anyidoho said the President had put the security forces on red alert. EOCO said the President attempted to stop payment of money to the “wayoman” but was thwarted by Kwabena Dufuor, Betty Mould and others. Koku Anyidoho also used the name of the President to fire a so- called non-existent official of the EC in Ashanti Region. That resulted in the powers that be to clip the wings of Koku Anyidoho. Because the president is not in firm control of national affairs, those holding him hostage have their way by firing the attorney General Martin Amidu. The silence of the unknown where about of our President has given room for the lilies of Okudzeto to tell stories about the real cost of the Gallopers.

The President's AWOL and inability to crack the whip on his erring appointees has created a tense moment for Ghana as Hanna Tetteh and the hurriedly assembled GUTA Task Force go beserk like a bull in a China's shop to initiate an action which is likely to put the country on a collision course with ECOWAS. ECOWAS Parliament has sent a delegation appealing to Trade Ministry to halt its hari-kari move, but the dogs in Animal Farm, they have tasted blood and nothing will hold them in check.

There are problems confronting various components in the country today. There are speculations that the President is unwell. Amidst all these the whereabouts of duly elected President remains unknown.

But the latest authentic information about the health of our President is that he is very ill. He was initially sent to 37 Military Hospital for observation. When there seemed to be no improvement, he was flown outside the country for treatment.

In case you care to know of the President's ailment, it is neurological disorders. This is the latest authentic report on the President's health. It is the truth but this is quite different from what Baby Ansabah put out prior to the December, 2008 Elections.

I know the sharks, the snakes, the hawks, the vultures, the hyenas, the foxes, and the rabid dogs will unleash their venom on me and call me all sorts of names. They will say it is not true. But I stand by this story and know that vindication awaits for me in the end. It is the extra stresses these never-do-wells in the NDC have put the President through that have aggravated his health situation. But I have sworn to my God to stay by the truth and to perform my patriotic duty by alerting the nation on the precarious precipice these people are pushing the President to.

But the most serious aspect of the whole issue is that all these, I am told were done at the blind side of the Vice President. What the proponents of this new ideology of cutting down the Vice President to size hope to gain by it, I do not know and so cannot comment on it. But suffice it to say that it is the realization by the Vice President of the intentions of the President's men that made him to threaten to resign if he is treated with scorn and derision.

If you doubt the authenticity of this question, ask yourself where the President is. I speak on behalf of the silent majority to demand the whereabouts of our Commander-in-Chief. I challenge the Presidency and the Ministry of Information to produce President John Evans Fiifi Atta Mills, Commander-in-Chief of the Ghana Armed Forces within twenty Four Hours after publication of this story to debunk the notion that the President is sound in health and is control of affairs of the country. This is the only way the can curtail the numerous rumours flying all over the place. This is the only way they can placate the numerous agitators who are concerned about the health of the President.

But even before getting there, they should answer these questions. Was there any time the President was on admission at 37 Military Hospital? Is it true that the President is suffering from neurological disorders? If so, how long has the aliment persisted? We need answers to all these posers in order to have an informed decision as to whether or not the President can withstand the stress and challenges associated with a combination of his duties as President and as Presidential candidate of his Party. We would then be in a position of knowing if he is capable of discharging his functions as Executive President of this Country.

Hiding the President's ailments from the public view will not do his office much good. So the Presidency should come clean on the health status of the Number One Citizen of the Country. Those playing a yoyo with the President's health should realize that they will be held accountable should anything untoward happen to the President.

Sufficient unto the day is the evil thereof. He who has ears let him hear what the Spirit sayeth unto the Church. I have spoken.

2020 Election Petition was about EC Chair’s declaration; not...
35 minutes ago