Letter to My Future Wife: How Prof. Mills’ exposed us. 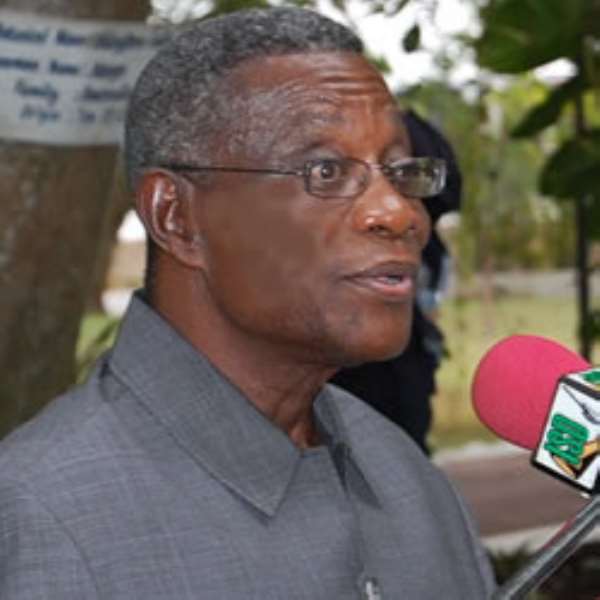 Dear Serwaa,
As I sit behind my laptop this morning, my fingers are numb. It is as if they are first time visitors to the very keyboard they've become so used to for the past five years. And forgive me if this letter does not flow coherently. I'm fighting in vain to collect my thoughts together.

One thing I learnt in my journalism class is that an incident usually newsworthy because of its proximity to the audience. My Advanced Journalism lecturer at the University of Ghana's School of Communication Studies put it into two simple questions: Who cares? And so what? The reality of this hit me when a colleague in the newsroom entered where I was sitting and said: “Stop press! President Mills is dead!”

I sat up and said nothing but Joshua Tigo added grimly, “It's true. I'm not joking.”

Indeed, he had to add that because the death of President Mills had been announced several times in the past. And on some occasions, he would come out in a rather humorous way to tell the nation he was alive.

But on this occasion, it was true. And the sad reality of a nation losing its sitting president for the first time hit me hard. News of presidents dying has not been new. In Africa, we witnessed in recent times the natural deaths of the Nigerian and Malawian leaders, whose vice presidents are still acting as presidents.

But such news items often seem so far away that what becomes of interest to me as a journalist is the drama that usually comes in the wake of their deaths. But last Tuesday, I felt the reality of the losing the sitting president. It was one of those news you go to bed thinking that you would wake up to learn that it is not true. But in this case it was.

Serwaa, when I heard the president's death and tuned in to radio stations, the shock with which I received the news gave way to anger. Yes, anger. I was not angry at anybody in particular but at our nation in general.

I was angry at how, as a nation, we have lost our sense of humanity. Why am I saying this? You would be surprised how all of a sudden all the radio stations started airing tributes and praises of our late president.

“If Atta Mills had heard all these kind words being said about him today...I think he wouldn't have died. Words are powerful!“ This was what a past president of the University of Ghana's Methodist and Presbyterian Students Union, Mr Enoch Kwame Tham-Agyekum wrote on face book. And I agree with him perfectly.

President Mills was one person whose character his haters found it difficult to question. Like a refuse dump, he endured insults, vilification and abuse from both within his party and opposition without any reply. A New Patriotic Party (NPP) supporter in Kumasi once called him a chimpanzee and another NPP activist, Mr John Kumah said on radio to the effect that the President was gay.

But in both cases he ordered the police to set the culprits free. That was not all. He endured hell from the camp of the Rawlingses but he never for once uttered anything against his former boss or replied the boys and girls who decided to trample on him. This was, perhaps, the best confirmation of his Asomdwehene (King of Peace) nick name.

President Mills' humility was peerless. I don't know the number of presidents who will call journalists to speak to them and sometimes share pleasantries. But Dzifa Bampoh of Joy FM and other journalists said they received calls from the president more than once.

Another journalist, Seth Kwame Boateng, even recounted how President Mills visited him at the hospital when he took ill while on assignment with the president in the North. He said the president prayed for him and when he recovered and visited the president at the Castle, they had a hearty chat like colleagues. The clergy were also unanimous in their praise of late president's humility and fear of God.

In our part of the world, tributes have become more fictitious than novels. But some people deserve their praise. And President Mills, like the late Kwadwo Baah Wiredu, is certainly one of them. In Ghana, politicians have no private lives and all the virtues about the president that are being extoled were known. Yet we decided to drum only the negative side until now that he can no longer hear us.

Serwaa, my problem is how we have decided to lose our humanity to politics. We have allowed politically induced-hatred to seethe so deep into our souls, hearts and minds that we see demons when angels visit us. The president's death should teach us a lesson: if there's the need to show love, do that while the people are alive.

We should also realise that we are mortals. "As for man [and of course woman], his days are like grass, he flourishes like a flower of the field; the wind blows over it and it's gone, and its place remembers is no more" says King David in Psalm 103:15-16. And he is right. It happens and destinies change when others lose their places.

On that Tuesday noon, Professor John Evans Atta Mills was the President of Ghana and Mrs Naadu Mills was the First Lady of the Republic. Before we went to bed, however, he was being referred to as the former president. Mr John Dramani Mahama, went to work as vice president and returned home as President of the Republic. Mrs Lordina Mahama, went to bed as the First Lady.

Many people described the President's death as untimely. But I think otherwise. Who are we to decide? Do we not know that we don't live for ourselves and it is the prerogative of the Creator to decide how long we should live? We cannot question his decisions. So we cannot say it is timely.

What we must do is make each day of our lives count so that in our graves, we can smile and when we look back. Death comes unannounced and no amount of power, wealth or influence can undo what God decides to do. Paupers and the rich alike die. But the question is after death, what next?

Serwaa, President Mills is gone. He is gone for good. As we wish him well in the bosom of the Lord, what you and I should remember is that it could have been us. Any day! Any time!

Let's put our house in order even as we wish President John Evans Atta Mills a safe journey to the other side of the river we mortals are not allowed to go.

Yours truly,
Azure.
Letter to My Future Wife is a weekly column that appears in the Weekend Finder newspaper every Saturday.