FAILURE TO FOCUS ON FAMILY PLANNING AS PRIORITY BRINGS POVERTY 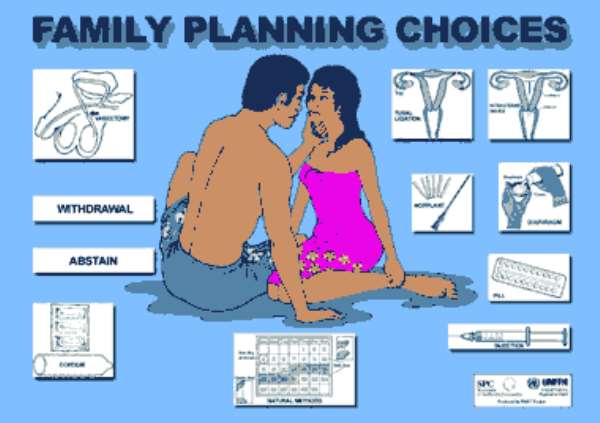 In response to the virtual removal of the right to family planning services from the agenda of Rio+20 negotiators, a high-profile group of former presidents and prime ministers, and leaders in global health and philanthropy have encouraged negotiators at the Rio+20 sustainability conference to stand up to the Vatican's efforts to block reproductive health services as a fundamental strategy for attaining the goals of sustainable development.

"By blocking any meaningful mention of sexual and reproductive health in the final negotiating text, we are left with an unacceptable reversal of 20 years of progress on women's rights," said Peggy Clark, vice president of Policy Programs at the Aspen Institute and leader of the Aspen Institute's Global Leaders Council for Reproductive Health.

This news comes only a day after a standing-room-only event, organized by the Aspen Institute Global Leaders Council for Reproductive Health (GLC), the International Planned Parenthood Federation and the United Nations Foundation, which brought together some of the world's most outspoken leaders on the subject of rights to reproductive health. Among them were Brundtland, a member of the GLC; fellow GLC members President Mary Robinson, former president of Ireland, and Musimbi Kanyoro, president and chief executive officer, Global Fund for Women. They were joined by Tewodros Melesse, director general, the International Planned Parenthood Federation and Timothy E. Wirth, president, United Nations Foundation.

“We can no longer afford this outrageous oversight, driven by old-fashioned tradition, discrimination and pure ignorance,” said Gro Harlem Brundtland, former prime minister of Norway and former head of the World Health Organization. “Now is the time to agree to unleash the largest untapped potential for sustainable development and stop all discrimination against women and girls.”

Mary Robinson, President of the Mary Robinson Foundation – Climate Justice, fought a political battle to make contraception legal for married women in Ireland in the early 1970s. She faced considerable opposition from the Catholic Church in her country, where priests spoke out against her during Sunday services.

“It's clear that we have not come far enough in the last 20 years,” Robinson said. “We have not been able to mainstream the issue of family planning into this conference at Rio de Janeiro. That is a mistake. Population growth in poor countries has become a global problem, one with long-term implications for the economic, environmental and political health of the entire world.”

Access to contraception and other reproductive health services gives women what they need to be healthier and more prosperous,” said Kanyoro. “It causes population growth to slow down, and helps to restore the balance between people and the air, land, and all that we all depend on. This is what we mean by sustainability. It's not one thing, but various things that benefit from the ripple effect that comes when we focus on empowering women.”

The speakers at the side event reminded decision makers traveling to Rio to start final deliberations on solutions for sustainable development that in developing and donor nations. In many countries, the right to health and to family planning can be one of life and death; every year, 358,000 women – most of them in Africa – die from pregnancy-related causes.

Tewodros Melesse noted that even in Brazil, a leader among emerging nations in bringing down fertility, adolescents continue to have babies too early in their lives.

“While Brazil has reduced its fertility rates tremendously over the last few decades, 23 percent of all deliveries today in Brazil are from young people between the ages of 16 and 19, Melesse said. “We must ask ourselves what this means for educational and employment opportunities for youth, and educate our youth on how to prevent unwanted pregnancies.”

The speakers noted that women who have access to family planning have fewer children, and the ones they do have are healthier and better educated. Long-term, scientists have reported, investments in reproductive health are reflected in lower carbon emissions and a reduced likelihood of civil unrest, as smaller families help lift communities out of poverty and reduce pressure on food security.

The UN estimates that an additional $3.6 billion to extend family planning in the poorest nations would save lives -- and cut the costs associated with maternal and infant death by $5.1 billion. Although traditionally family planning services have been funded by donor countries, now the largest increases in money for these services come from developing nations, which have learned that this investment is cost-effective and can provide an immediate dividend in economic development and peace and stability.

From the audience in Rio, Doris Mpoumou, an international advocacy officer at the International Planned Parenthood Federation Western Hemisphere Region, spoke of the tremendous impact international agreements can have on the day-to-day lives of women the world over.

“It's not just about the words, it's about the impact these words can have when they are implemented through national and domestic policies,” Mpoumou said. “We aren't asking for the moon. We're calling on governments to reaffirm this already agreed upon language. It would make a difference in women's lives.”