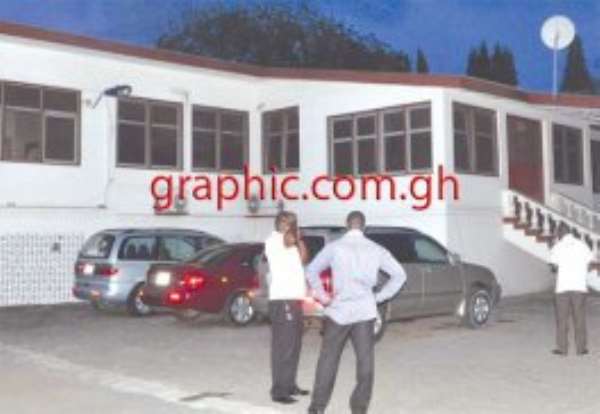 A government bungalow A government report has revealed that public officers at the Lands Commission, the Ministry of Works and Housing and the Town and Country Planning Department designed various illegal schemes to allocate government bungalows and parcels of land to politicians, government officials and their friends, without Cabinet approval and direction.

According to the report, the first phase of the Cabinet-approved allocation of government bungalows for redevelopment took place between 2000 and 2003.

However, at the time of operating the redevelopment programme, other schemes targeting government bungalow plots were also being operated outside the Cabinet-approved scheme.

“The illegal schemes were operated by public officers at the Lands Commission, the Ministry of Works and Housing and the Town and Country Planning Department,” it said.

Giving a background to the redevelopment scheme which was initiated in 1998 by the Rawlings administration and continued by the Kufuor administration, the report, excerpts of which are available to graphic.com.gh said the government targeted the redevelopment of plots of land with government bungalows in the prime areas of Ridge, Cantonments, Kanda, the Switchback Road and the Airport Residential Area.

Most of the bungalows were put up in the 1940s and 1950s and were in deplorable states.

To guide the execution of the redevelopment project, it said, the Cabinet, in 2000, discussed and approved a fair and transparent competitive bidding process.

The first phase of the redevelopment of government bungalows approved by the Cabinet took place between 2000 and 2003.

Under that phase, the Cabinet approved the allocation of 91.54 acres to 67 allottees who won their bids under competitive bidding rules and residential development guidelines.

However, the report of the Lands Commission, dated December 2, 2009, stated that 81 plots were allocated, with 60 of them fully developed, nine already prepared for development, while 12 plots were undeveloped with the existing bungalows on them.

As of June 2009, 83 new replacement government residential properties and 169 residential units had been constructed to add to the existing government housing stock.

According to the government report, “at the time of the redevelopment policy framework from 2002 to 2009, various schemes were designed by public officers at the Lands Commission, the Ministry of Works and Housing and the Town and Country Planning Department and initiated without Executive/Cabinet approval and direction to allocate government bungalows and parcels of the land on which they are situate”.

Expatiating on the allocation and sale of government bungalows and plots, it said from February 2002 to December 2007, officials at the Lands Commission, in conjunction with the Town and Country Planning Department, initiated and executed, without Executive approval, an in-filling scheme by which they carved out undeveloped portions of existing large portions of existing large plots on which were government bungalows.

The scheme, it said, generated 93 residential plots of public land at Cantonments, Ridge and the Airport Residential Area and same were allocated to private individuals at “paltry sums”.

The report further stated that from October 2004 to January 2007, a scheme of protocol allocation of government bungalows and parcels of lands surrounding them was introduced by some officials at the Ministry of Works and Housing and the Lands Commission and an initial allocation was made to some government and financial institutions and embassies, 14 in all.

It said between October 2008 and January 2009, prior to the 2008 general election, 71 plots were hurriedly and arbitrarily allocated on protocol basis to politicians, government officials and their friends and relatives, adding that “the allocations were made in circumstances that would amount to conflict of interest”.

It said further that between January 2008 to February 2009, some officials at the Ministry of Works and Housing and the Lands Commission devised another illegal scheme by which they sub-divided plots on which government bungalows were situate into smaller plot sizes to meet the numerous applications submitted for consideration.

“These extra schemes were contrary to the policy for preserving public lands for future use and development,” it stressed.