AN INTELLIGENT TRAFFIC MANAGEMENT SYSTEM WILL BE SET-UP SOON-VEEP 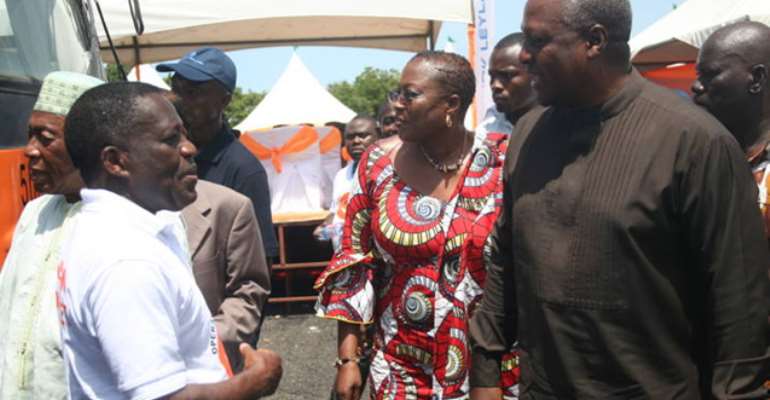 The Vice President of the Republic of Ghana H.E John Dramani Mahama has disclosed that government would used some part of the 3 billion Chinese loan to establish the urban Intelligent Traffic Management system to stem the monitoring affairs of traffic congestion in the streets of Accra.

He explained that a control tower would be built and managed by professionals who would monitor and regulate traffic lights with CCT cameras on top of the light to enhance free flow of vehicles in the city.

Stressing that the buses which were procured by the internally generated funds of the company would be deployed to all the Metropolitan, Municipal and District Assemblies (MMDAs) to support the existing fleet in their operational areas.

Vice President Mahama said the traffic congestion in Accra and other cities was unacceptable and that the establishment of traffic management system, coupled with the creation of fast lanes in cities, would tremendously ease the congestion.

He, however, cautioned that there would be cameras around all traffic lights in the city to track-down traffic offenders in the system and called on drivers to respect traffic regulations to enhance the establishment of the system. The Vice President John Dramani Mahama commended the Board of Directors and Management and staffs of MMT for sustaining the fortunes of the company over the years and called for more private-public collaborations to provide adequate growth and development throughout the country.

Mr. Maxwell Awuku, Managing Director of MMT said his outfit had started actualizing their goal of providing safe and affordable transport to all and sundry in MMDAs by procuring about 1000 vehicles into Ghana transport business for their operations.

He commend NDC Government for kind support and attention giving to the MMT since they take over from the previous government.

“Let me announced that the MMT had started operating at vantage areas of the country to transport workers from various lorry parks to their homes after close of work and called for effective cooperation that would sustain the service” he lamented.

Mrs. Dzifa Attivor, Deputy Minister for Transport said her outfit would continue to accord all transport companies the necessary support to provide quality service to Ghanaians all over the country and beyond.