“LINSANITY”: “EXCELLINCE” IS “LIN” US 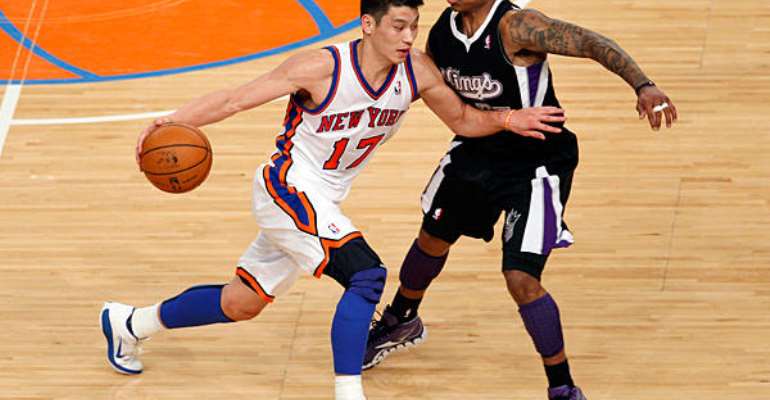 The diffusion of excitement across continents emanating from a man whose talent has enabled him to rise to phenomenal heights cannot escape my notice. Such a story deserves my attention and rightly so. Having taken keen interest in the last few days in a sport that I never followed, in a bid to track the exploits of the man of the moment, I am now moved to pen my thoughts specifically because of the response that Jeremy Lin gave to people who made derogatory remarks about him on air.

It was Aristotle, the Greek philosopher who once concluded: “Excellence is an art won by training and habituation. We do not act rightly because we have virtue or excellence, but we rather have those because we have acted rightly. We are what we repeatedly do. Excellence, then, is not an act but a habit.” Having been taken in by the global hype of the rise of a superstar of a sort, I wondered what kind of a superstar this one was. In my time, I have seen some increasingly repugnant stars who cannot help but to demonstrate flagrant audacity, obnoxious effrontery and palpable uncouthness simply because of their talent.

In general, excellence is seen as a state of possessing good qualities in an eminent degree, an exalted merit or superiority in virtue. It is a valuable quality by which any one excels or is eminent. To me, Jeremy has demonstrated this “Excellince.”

For readers who are not sure of who I am talking about or have not heard of Jeremy Lin and what the buzz is all about, it is worth providing some background. This is a 23-year old basketball player who is the first American-born player of Chinese or Taiwanese descent in the National Basketball Association (NBA). Both basketball fans and non-fans alike were enraptured by his spearheading of the New York Knicks to seven straight wins. Well, I can hear someone asking, so what is extraordinary about that? The story takes on an amazing feel when one considers the issues leading up to his meteoric rise to fame from being a relatively unknown benchwarmer to global superstar within two weeks.

As it turns out, Lin wasn't offered a sports scholarship and ended up attending Harvard [the last Harvard player in the league was Ed Smith in 1954]. Upon graduating, he was dumped by both the Golden State Warriors and Houston Rockets before being picked up by the New York Knicks in December. He did not even have a place to stay in New York and had to make do with his brother's sofa. With the New York Knicks, he found himself a benchwarmer for a team who were stumbling, until his opportunity came to shine when two starters were missing. The rest is history. Lin has since amassed the most points (136) of any NBA player in his first five starts since the NBA and ABA merged in 1976.

As can be expected, such notable performances, his heritage and the stories surrounding his impressive ascent make this story one that resonates with sports fans and non-fans alike. Who is not moved by the story of the underdog? Accordingly, the Jeremy Lin sensation has ripped through the NBA and beyond like a hurricane. Reports suggest that his ascendance has led to a wave of “Lin-spired” food and drinks that have flooded New York City menus, with bars around Madison Square Garden, selling “Lin-burgers” and “Lings” and several bars have concocted “Lintinis,” while the Shake Shack chain is offering a “Jeremy Lin-Mint,” a chocolate and mint cookie milkshake.

While such a hoopla and this new found status could so easily knock the average man off his perch, Lin has remained humble and low key, which is rather unusual for most basketball players.

In a sign of the strength of the man which I believe is the highlight of this hype, he chose to respond graciously to the use of an inflammatory headline capturing an idiom that contains a word that can also be used as a slur against Chinese people. One would have expected a very different response from what Lin gave. After leading the New York Knicks to a 104-97 win over Dallas Mavericks (the defending champions) on Sunday, he stated: “I don't think it was on purpose or whatever, but (at) the same time they have apologized. And so from my end I don't care anymore.” Lin also added: “Have to learn to forgive, and I don't even think that was intentional. Or hopefully not.”

What I find so fascinating about this story is that even the New York Knicks themselves did not appear to know the pearl in their pack considering they did not really play him for nearly two months, not to talk about those who could not spot such a talent before this buzz.

Secondly, the humility displayed and the willingness to so easily forgive. Given that talent abound with all its attendant issues, it is quite salutary to discover a real meeting of mind and heart. The ability to forgive does not come very easily and it is always heart warming to see one exhibiting such an attribute.

So what lessons can we learn from this? In reflecting on the above, I concur with Earl Nightingale's succinct conclusion: “Excellence always sells.” This should prove a good motivator for all of us.

In sustaining that thought, I am in acquiescence with Ted W. Engstrom that, “Excellence is a process that should occupy all our days.” With a constant desire to attain such, we would come to a point where we would see excellence not as a skill but an attitude, as agreed by the American writer, Ralph Marston.

What is true is that excellence can be attained by all. The way to such a path is what the Spanish philosopher, Jose Ortega y Gasset, believes should involve a “man or woman who asks of himself more than others do.” This then admonishes us to push the boundaries further with the belief that we have the ability to excel at anything we set out to achieve.

The American Educator, Booker T. Washington, finds that, “Excellence is to do a common thing in an uncommon way.” From this, one can agree that if we continue to do common things in common ways, then we can at best remain mediocre. However, the path to excellence may not be an easy one and may not possess the label of instantaneity. I therefore find the need to agree with Pat Riley, the American coach that, “Excellence is the gradual result of always striving to do better.”

In a nutshell, I am of the view that we all have a “Lin” within us; a rare ability or talent which may be laying latent waiting for an opportunity to shine. While it is hard to see a star shining in broad day light, when the night season comes, stars don't struggle to shine. The human disposition is such that it has the ability to exceed known imaginations. You would be surprised to know what exactly you can do or the limits you can push yourself to given the right circumstances and right attitude.

I therefore conclude with the belief that you are the next Lin. There is excellence in you waiting to emerge and the only barrier could be yourself.

Dr. Frank Robert Silverson is the author of several online articles covering different subjects. He is an author with a knack for tackling issues that polarise opinion. He aspires to bring an objective insight to such topics. Dr. Silverson has written three books about to be released titled; Don't Lose It!, The Golden Seven, and Contemporary Thought and Insight.