In the conflicts with several 'I's 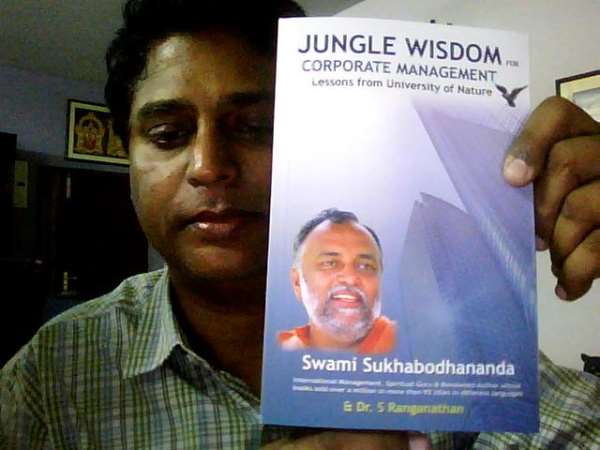 How do human beings react or respond when they see their own image? Either they love to see it and admire like 'Narcissus' or may dislike seeing their own face or image. Why such extreme behaviour man disposes?

Corporate man has to learn an important message from the above. Animals seldom give too much of attention to their appearance. Hence, even if they get a chance to see their reflection, either they show a little curiosity or simply ignore it. They never search their identity or try to relate it with anything.

But what would be the behaviour of a corporate man when he sees his reflection or image. They unknowingly or consciously relate it with some subjective element. Is the image looks good, need some make up, why it looks dull and tired, is it looks better than the images of others, how people would look at it and comment etc? The reason being, he always searches his identity. There are several 'I's reside in him. When, he searches one 'I', the other 'I' clashes and hence the search goes on and on. The corporate man neither knows to integrate different 'I' in him or know which 'I' to search, when and how.

Why people in corporate when they look at their image, immediately ask to the self whether it looks nice? It should look nice to whom, to self or to others. Even when they see their face (image) regularly, they compare, relate and speculate. They get lost in the world of confusion and confabulation.

Is appearance or image not at all important? Certainly it is an important even for animals. Only when the male animal displays its splendor and beauty, it will be accepted by the female during courtship. Hence being 'beautiful' or nice to others is an important need for animals also.

The question is how much importance one should attach to the above. Why, one creates different identities to his or her appearance.

Keep one appearance or identity, let that be very strong and distinguishable, let that be your identity and your hallmark that is what animals convey to corporate man. Do not allow several 'I's to settle in you as they may start multiply with time and cause population explosion of several 'I's.