Re: Woyome Has Been Arrested To Save Mills's Neck 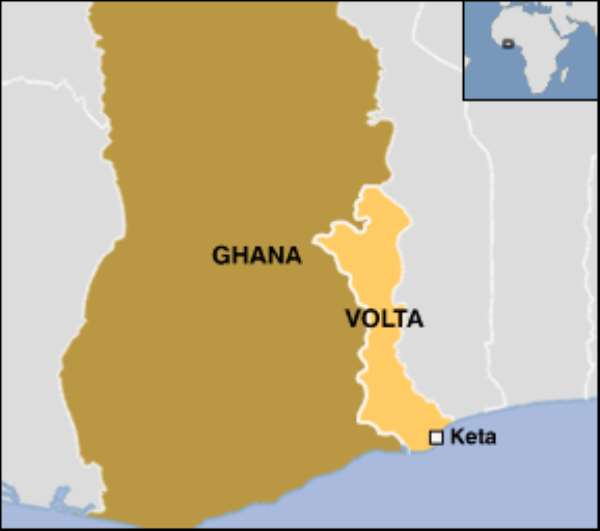 I am totally dumfounded now. Does it mean that once you raised money for the president during his campaign, you are above the laws of country? Anyway, that has been the case for years allowing unscrupulous individuals to hijack the presidency for their selfish corrupt deals. I elaborated on this issue in my serialized articles: “The Tragedies of African Democracies: why the best doesn't mean good,” and what the Volta Youth Action Group has done is to confirm the assertion. But if their weighing scale is that there are other accomplices or others who have committed more heinous crimes against the state but walking free men, then we need to look into that, too. What this press statement has done is to accept that there have been crimes when even the case hasn't been processed for court yet. The press statement goes on to impute that there are others they are aware of who have also committed similar crimes against the state but are walking free. Is the statement referring to the Fantiman (i hate to impute ethnic labels but i have no other handle to address this but to resort to the press statement) who is a beneficiary from the booty just like the State Attorney who allegedly received bribes from the culprit? Or is the statement referring to the alleged Fanti Caucasus within the NDC whose members are alleged to have received monies from NPP members to protect them from prosecution? I wish the press statement had gone a bit further to identify them by their names than to insinuate; that would have been helpful towards unraveling the puzzles.

A few deductions to make from the press statement:
I. Does the statement not suggest there have been a crime?

II. Does it not also suggest there are others who have committed more heinous crimes against the state, but are walking free men?

III. Would the president be so parochial that he would want to protect alleged criminals from his ethnic group?

IV. Does it have to take the president or the presidency to initiate the arrest of Woyome?

V. Does that not show the institutional weaknesses of the system, especially the police and the judiciary?

VI. There is now an open declaration of the president being sick, per that statement?

VII. Are there other aspects of the president's health that might have been impeding his delivery all this time that we need to inquire about?

VIII. Why drag the name of the whole region, the Volta Region for that matter, into this brouhaha?

IX. Are we as a people so dumb that it will have to take the “all-powerful” Volta Youth Action Group to tell us about the good works or otherwise of Professor John Evans Atta Mills and how we should vote?

X. Is Professor John Evans Atta-Mills realizing a little too late that he has surrounded himself with nation wreckers who have not been truthful to him from the word go?

Let me plead with the Volta Youth Action Group that if indeed they are aware of others who have committed more heinous crimes against the state and are being shielded by the president, they have every right under the constitutional provisions of Ghana to head to the police or the courts to make that known. Their voices would make a great difference in the whole equation especially at this point in time when the authority, integrity, and effectiveness of the president is being challenged openly both from within his own party and from the opposition NPP. They should, however, desist from using the name of the whole region to propagate their parochial agenda. There are many descent Voltarians who will prefer not to be branded as supporting this call for the support of an alleged criminal.

Let the law takes its cause!