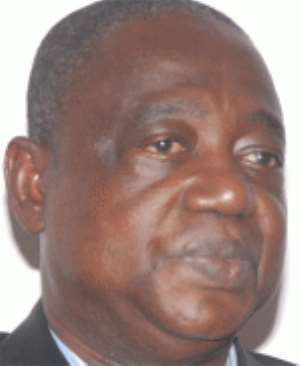 The Chiefs and People of the Kumbungu Traditional area in the Tolon-Kumbungu District of the Northern Region have expressed their gratitude to the President, Professor John Evans Atta Mills, for creating a new District for the area.

In a Speech read on behalf of the Chiefs and People of the area at a thanksgiving durbar at Kumbungu, Nwo-Na Yussif Abdallah said the journey of attaining a district status has been a long and arduous one, indicating their quest for a separate district started immediately after independence when local councils were being created in the country.

The durbar was attended by the Paramount Chief of the Kumbungu Traditional area, Kumbung-Na Yiri II Iddirisu Abu,his sub-Chiefs, the Minister for Foreign Affairs and Regional Integration, Alhaji Mohammed Mumuni, and a cross section of the general public.

He said having failed to get a separate district in the first and second Republics, they resorted to looking for the siting of the headquarters of the proposed Tolon-Kumbungu District Assembly which also did not materialise.

“After the 31st December,1981 revolution which brought the Provisional National Defense Council (PNDC) to power, whose policy was based on probity, accountability, the rule of law and social justice, we thought the time had come for us to get our political and administrative independence only to be disappointed”.

He recounted in the middle of 1982 where an official circular announcing the proposal for the creation of new district Assemblies in the country including one to be known as the Tolon-Kumbungu District Assembly with its headquarters at Tolon.

He said they were aggrieved and dissatisfied by the decision to bring them under the proposed district and petitioned the government with the explanation that the siting of the headquarters of the Tolon-Kumbungu District during the first and second republics was a historical error which should not be allowed to continue.

Also on the 8th April, 1985, the chiefs and people of Kumbungu, Gbulun and other affected traditional areas petitioned government on the creation of the Tolon-Kumbungu District Assembly.

The PNDC government, acting on our petition, set up a committee to examine the petitions arising out of the demarcations of new districts in the Northern region, he said.

He said in 1988, a reconstituted committee, after been mandated to examine the petition and make appropriate recommendations after visiting Tolon and Kumbungu respectively and examining the Population centrality Accessibility and Availability of infrastructure variables, recommended that the headquarters should be sited at Kumbungu which was again ignored.

Now-Na Abdallah said the people of Kumbungu did not relent after these failed attempts and on 24th June 1993, after the return to constitutional rule, they submitted a follow up application to the Ministry of Local Government and Rural Development for a separate district.

“He said in 2003 when the New Patriotic Party (NPP) government decided to create new districts, a committee Chaired by former Deputy Minister for Local Government and Rural Development, Captain Retired Nkrabia Efa Dartey, after reading their application and hearing their defense, conceded they had a guinea case but the fact that Kumbungu was nearer Tamale there was no justification for the creation of a new district for them.

“In less than three years into the Professor Atta Mills led National Democratic Congress (NDC) administration, government has created a new district for the chiefs and people of Kumbungu and its surrounding towns and communities. The Kumbungu Traditional area recognises your commitment to the development of the area, your concern and interest in promoting the wellbeing of the people of the area”.

The Chiefs and People pledged to work hard to ensure Kumbungu becomes one of the best Districts in the country which they intend to achieve through tax mobilisation and payment, ensuring their children goes to school, keeping the district environmentally clean and educating the people on government policies and programmes.