IS NIGERIA A SICK NATION? 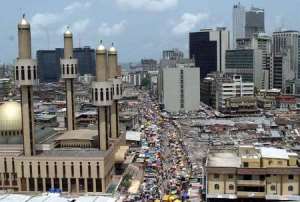 Let me begin with these posers - Does Nigeria need any American intelligence report or Muammar Gaddafi's prognosis, no matter how silly they sound, to know that our country is slightly, but dangerously moving to the precipice. The problem with Nigerians is that we have a rather paternalistic view of our country's ability to remain as an indivisible entity, despite the reality on the ground. We often take too much for granted. In the last twenty five years of its rowdy existence as a nation, Nigeria has known no peace. The list of crisis we have witnessed in the recent past is endless. Our history within that period is replete with tribal sentiment, hatred, intolerance and bloodbath.

I deem it necessary to make it clear at this early juncture that I am not by any measure a defeatist or pessimist who doubts Nigeria's capability to forge ahead against all odds. Even with this rather positive thought in my mind; I still find it difficult to convince myself that the current crop of leadership in the country has the aptitude to turn around the fortunes of this great nation for the benefit of the entire citizenry. As Nigerians, we have every cause to worry because the country which we all claim we love very dearly is falling apart like pack of cards. We are endowed with leaders at the helm of affairs that are, by every estimation, insensitive to the yearning and aspiration of the people who voted them into power. We have greedy, self-centred and highly insensitive men as leaders. This small coterie of powerful but egoistic men has been living fat on our docility. They live in opulence while the rest of us are daily being faced with excruciating economic conditions. Their administrative ineptitude has turned most of us, especially in the villages and towns, ordinary hewers of wood and drawers of water.

As keen observers of political events in the nation, you will agree with me that the just concluded national election has compounded our problem by further splitting us apart. Nigeria is now separated along religious, ethnic and sectional divides.The post election violence that engulfed the nation and the cleavages it has created after the April 2011 presidential election further exposed the deep seated acrimony amongst the varied and diverse interest groups inhabiting the geographical entity called Nigeria-North/South; Core North/Middle Belt; Rich/Poor; Educated/Illiterate; Skilled/Unskilled; male/Female; Natural Resources rich/ Resources Poor; corrupt/helpless. The list seems endless.

While Nigeria plays the African big ''brother nation'' in both AU and the UN and its leaders pride themselves on as heads of the ''giant of Africa''; the last thing they would like to hear is the bitter trust about their undoing. Ambassador John Campbell is being blamed by the leadership because he was sincere enough to be critical of the country in his book; Nigeria: Dancing on the Brink. In the book, he reaffirmed the prediction earlier made by an intelligence study group which stated that Nigeria will disintegrate by 2015, authoritatively citing a litany of structural dysfunctions such as 'a weak government and rigged elections; a ruling elite of generals and plutocrats who view the state mainly as a dispensary of petro-profit; endemic corruption; bloody sectarian violence between Christians and increasingly radical Muslims; the curse of oil wealth, which encourages Nigeria to neglect industrial development and fuel insurgencies in impoverished oil rich regions.''

In defence of Ambassador Campbell's bitter but sincere prognosis of Nigeria's plethora of problems, Adamu Adamu had asked in his Friday column of Daily Trust of May 20, 2011 ''when was Nigeria not dancing on the brink?''. The truth is that there was no time, in its 50 year turbulent history when Nigeria had a regime that could be called peaceful.

Nigeria was built on a very shaky and fragile foundation that did not take into cognizance of our diversity. The problem with Nigeria has to do with lack of common bond among the diverse multitude of different cultures and people of distinct historical background that the colonialists brought together as ''one people'' for administrative convenience. Certain factors and considerations that are worthy of note when forming a nation such as common religion, language or culture, among other factors, were deliberately left out by the British Colonialists, during the amalgamation of the Southern and Northern protectorates in 1914. Perhaps that is why when late Yar'adua was the president of Nigeria my colleagues in the office were fond of addressing him as my brother, because he was a Hausa-fulani and a northerner like me. The danger with this selective identification is its unwholesome potential to create more cleavages along ethnic and sectional lines in the system. So long as we would disconnect the affinity among us and see ourselves only from the narrow views of the ethnic group we belong, Nigeria's long struggle to achieve unity in diversity will be hard to attain.

Hence, to be sceptical of such views expressed by Ambassador Campbell by Nigeria's government is in my view hypocritical. A responsible government will look at Campbell's and such other critique dispassionately. Government should not therefore expect opinions of independent and expert analysis of its stewardship to be sugar coated. This attitude of levelling any view that opposes the government as a mere campaign of calumny to destabilize the nation is a weak defence line and counterproductive.

Unless we want to be a bad political experiment on the planet, government should act decisively to tackle the plethora of problems facing Nigeria. To deny that Nigeria is sick is the greatest disservice to the nation. What the Nigeria ''2015 doomsday'' prophets say about our country should serve as a food for thought to our new crop of leaders who are busy getting prepared to take the mantle of leadership for the next four years. Procrastination is a thief of time. The time to act is now.