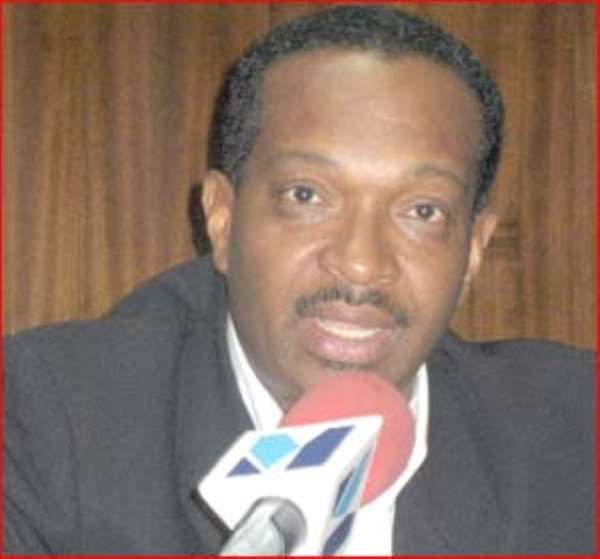 He noted that the outages were due to problems in the power supply system, explaining that “the equipment were obsolete and loaded.”

“In addition, a number of critical power transformers across the network are operating close to their rated operating limits.

The three lines serving Accra from the Volta sub-station in Tema are also near their operating limit.

“Consequently, an outage on any of these lines will leave the remaining two incapable of transferring the required amount of electricity to serve Accra during peak periods,” Mr. Awotwe stated at a joint press conference organized by his outfit in collaboration with the Ghana Grid Company Limited (GRIDco) and Electricity Company of Ghana (ECG) in Accra yesterday.

Presently, unscheduled power cuts have become a common feature. Some of the city localities experience prolonged power cuts on a daily basis.

Businesses including hairdressing salons and restaurants are frustrated by the constant power cuts, which force them to close or work in the dark.

Mr. Awotwe said, “There was under investment in the electricity sector and the current tariff regime makes it difficult for the three utility companies to meet their monthly bills.

We spent more than our revenues. We are therefore dialoging with the government to avoid financial distress.”

The Chief Executive of GRIDco, Charles Darku, on his part, disclosed that a new infrastructure was needed to meet the high demand of electricity in the country, which is growing at an annual rate of seven percent.

He said his outfit urgently needs over $1 billion to enable it to undertake expansion projects and also to address other problems, noting, “Out of the aforementioned figure, GRIDco was able to mobilized $300 million.

We need additional $700 million to meet our financial needs.” “The company inherited a tariff of 0.9/kwh per unit from VRA, which has not been changed since 1997.

It is therefore appropriate that the tariffs be reviewed so that we could catch up with inflation and other economic indicators,” Mr Darku reiterated.

The ECG on the other hand said it would need $180 million annually as an investment requirement to contain the growth in the electricity sector.

The company has two million customers but it is currently making a loss of 25 percent, representing GH¢6 million in monetary value.

12 percent of the losses came from technical operations while the remaining 13 percent was due to commercial loss (electricity theft).

To address the problem, the Managing Director of ECG, Cephas Gakpo said his outfit had engaged consultants to inspect the meters of 10,000 customers to check accuracy and integrity.

He further stated that personnel from the Loss Control Unit of the company would occasionally pay surprise visits to ECG customers to check their meters.

He urged the public to report persons who have connected electricity illegally for a handsome reward.

With regards to the rural electrification project, Mr Gakpo said about 55,000 new rural communities would be connected to the national grid.

He was pessimistic about the country's electricity sector, saying that the sector would experience crises if immediate steps are not taken to address the problems. Unconfirmed reports say VRA, GRIDco and ECG are asking for tariffs increases of 150 percent, 173 percent and 109 percent respectively.