Why Afari Gyan must go 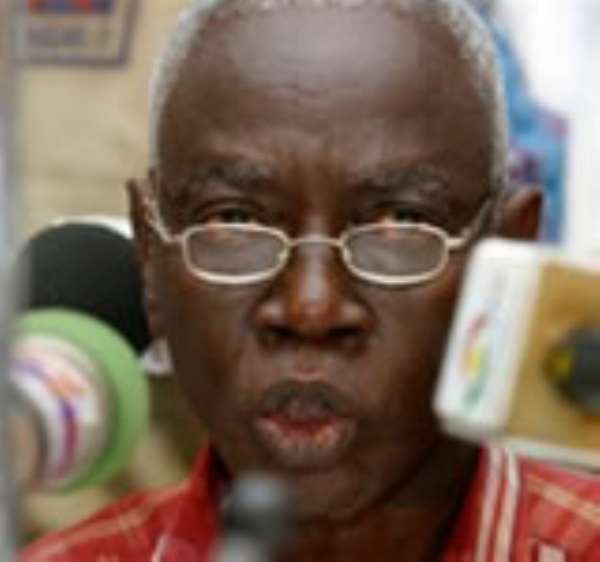 By all standards Dr. Afari Gyan is a stalwart of Ghana politics and one of the most respected electoral commissioners in Africa. The UCLA grad with impeccable credentials is a nonpartisan that has successfully supervised four elections in Ghana (1992, 1996, 2000 and 2004). However his performance in the 2008 elections was a huge disappointment and almost put Ghana on the brink of a civil war.

There was no question 2008 was a year to be proud to be a Ghanaian; Ghana was the center of the world and all eyes were zoomed in on our nation to validate our newly-acquired credential as Africa's most successful and stable democracy. And by the end of the successful election run-off, our neighbors (particularly our Nigerian brothers and sisters) and the entire universe were applauding Ghana for a largely trouble-free election - a no small feat given electoral calamities we have witnessed in Angola, Nigeria, Kenya and Zimbabwe in the last three years.

However, the largely untold story is how closely Ghana came to the brink of a political and civil war. In fact it is fair to speculate that had the NPP won the run-off we would had read different headlines, and they wouldn't have been pretty.

After two terms of an incumbent party, there is a naturally a strong desire of the opposition to win back power. And the NDC was really ready and hungry for victory. Having trailed only narrowly in the first round, they rightly felt that they were close to victory. But the NDC felt even bolder, more feisty, and confident after sweeping seven regions in the first round. In fact the NDC believed they won the overall election, despite the narrow loss in the first round, except that the razor - thin margin of defeat (about 1%) largely resulted from machinations in the Ashanti Region. Ironically, the NPP made similar charges against the NDC in the Volta Region.

Those largely unsubstantiated allegations escalated in the runoff election. There were numerous allegations and counter accusations. The mystery remains why the electoral commissioner was so slow in certifying and announcing the election results. Did he fully understand the dangers and implication of such delays - particularly in such a hotly contested election with a razor-thin margin? Ghanaians had the displeasure of waiting anxiously for days for the electoral commissioner who looked like a frightened school kid to announce the results. Obviously, the wild threats and accusations from both sides had gotten to him.

Dr. Afari Gyan erred in not creating a very transparent and timely counting process. The system should have been made transparent enough to allow the presence of journalists every step of the way.

Moreover, Ghana is a relatively small country with about 10 million voters so counting ballots even manually should not be such a monumental task. With poor monitoring and inefficient observers, certifying the results became such a long-winded complicated process.

But Dr. Gyan tarried to communicate. The dead silence from the electoral commissioner was torturing for voters, and heightened tensions as well as encouraged unfounded rumors of vote-rigging. As the rumor mill flourished and the air became fraught with allegations and counter allegations of vote rigging, tensions escalated to a boiling point and skirmishes of violence ensued. Tension continued to build up to a point where the loser wasn't going to accept the result. It's tempting to conclude that Ghanaians were lucky the incumbent lost. Naturally an eight-year incumbent is more likely to accept a controversial result than an 8-year wilderness wanderer. Ghana was clearly on the brink and we came this close to exploding.

Amid this all this commotion and confusion, the stone silence of the electoral commissioner was deafening and outrageous. At a minimum, Dr. Gyan should have given the voters regular updates on why the delay and tried to calm nerves. But while the nation boiled with rage, the eminent commissioner played scared and deaf to screams and pandemonium, and he was largely invisible.

The electoral commissioner clearly showed that he had lost his common touch with reality. Perhaps it is because he is getting old and has been on the same job for too long. It is time to thank him of a good job well done and find his replacement. Replacing such a larger-than-life figure will be a Herculean task, but the country cannot risk another election cycle under his current ineptitude.

Government drinking from an empty calabash, debt forgiveness...
13 minutes ago