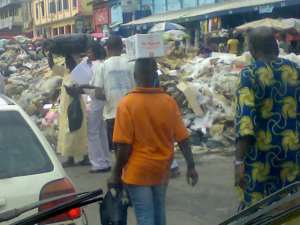 Although slavery was abolished more than a hundred and forty years ago and all countries in Africa are now politically free, there is a new form of slavery in Africa today which is cruel, harsh and severe like the one which took place about five centuries ago. This new slavery is like unquenchable fire ravaging in a dense but dry forest consuming everything on its path. This new slavery which is consuming Africans and decimating them is poverty.

From Cape Town in South Africa in the south to Tunis in Tunisia in the north the story of poverty is the same. In all these countries there is lack of financial resources and economic opportunities. There is lack of food and potable drinking water; there is lack of health, housing and accommodation facilities; there is the poverty of landlessness and employment. Access to education, health and other basic infrastructures is limited to just a few. In Ethiopia, Zimbabwe, Somalia, Niger, Mali, Burkina Faso, Chad, Malawi, Mauritania, Sudan and Eritrea people lack basic food and water and are at the mercy of UN food aid. In Sierra Leone, DR Congo, Nigeria, Liberia, Gambia, Guinea, Guinea Bissau and Equatorial Guinea the people lack basic health services and 8 out of ten of the population have not seen a dentist before. People are landless; they have no access to education, employment, housing and accommodation, they live in harsh and unforgiving political environment; they face threat of viruses and diseases such as HIV/AIDS, ebola and malaria.

Africa today is the worst place for a child to be born or grow up due to poverty and lack of opportunities. There are many cities, towns and villages where children go to school without food or eat once a day, something unimaginable in Western societies. Due to poverty most children under five are malnourished and underweight. The children are not properly clothed or sheltered. They do not receive much attention from their parents. Due to the pervasive and extreme nature of poverty, children prematurely become adults at the age of ten sometimes even less. They take on the responsibility of adults; scavenge for food and work to bring home income to support the family. As a result absenteeism in schools are high as many students swap their education for income generating activities such as fishing, farming and hawking, an act that continue to fuel and perpetuate the poverty cycle. They suffer many abuses silently in the hands of those who employ them and many are maladjusted. In the villages and in the rural areas kids walk bare footed to school and even to church or mosque. In most rural areas students have to study with lantern because there is no electricity. In the rural areas children have no class rooms and have to study under trees. Today in Sierra Leone as in many places in Africa a child is more likely to die at birth or die before reaching the age of five.

Like their children, the existence of poverty and lack of economic opportunities always make parents worry about what they and their family will eat as the evening approaches. Most parents struggle to feed their children and many have to credit food in order to feed their families. Parents are frustrated when they cannot cloth their kids or pay their fees and more agitated when they cannot pay their rents and face ejection. There is nothing so humiliating and insulting than not been able to feed, cloth and provide accommodation for ones family, act which is exacerbated by the culture in Africa.

Life in an African city is a great struggle and a constant battle for both young and old. There are no safety nets like unemployment benefits, council accommodation for homeless people etc. Many workers have no savings, and those without jobs are at the mercy of their distance families, friends and love ones. Slaved to poverty and helpless, these men and women have very few options: commit suicide in their own countries, run away from their children or battle the seas to reach Europe. Many in Europe will now understand why men and women battle dangerous seas for days often without food and water to reach Spain, Malta or Italy to seek employment, something they have been denied by their slave masters in Africa. This also explains why Africans will offer their services for any type of work so far as they are paid. The disturbances that took place in Egypt, Liberia, Sierra Leone, and Ivory Coast in 2008 over food shortages and price increases are just the tip of the iceberg.

There are many things that those in the West take for granted such as undisrupted and constant supply of electricity, water, availability of jobs and affordable food, clothing and council flats. In Africa items such as cars, fridges, flat screen TV, laptops, camcorders, cameras and most electronic gadgets is a luxury. When one does not know where the evening meal is going to come from can he think about buying a TV set? That is how bad the situation is in Africa.

It is not only individuals who are poor but communities, villages, towns and cities as well. In some communities there are no schools and children have to walk several kilometres a every school day in order to attend the nearest school which may be 5 or 10 kilometres away. In some communities you can only travel once a week as the only vehicle in the village leaves and comes once a week. There is no tap water. A town or village is lucky if there is a borehole. In most communities humans and animals share the same unprotected water source. Wells and streams are polluted and because the people have no alternatives they are forced to drink it. As a result water borne diseases are rampant, and deaths from such diseases are daily occurrence.

In some communities there are no hospitals, clinics, health centres or pharmacy and patients have to travel several kilometres to nearby towns before they can receive treatment or medical help. In these communities people always pray that nothing catastrophic happens in the night as that will mean automatic death. In these communities pregnant mothers are always at risk of death as there are no ambulances, and roads are poor and vehicles are scarce. This explains why child mortality is high. In the towns and villages there are no electricity and that means no economic activity that requires electricity can survive in that environment. Farmers have no place to sell their produce as there is no market infrastructure. They therefore rely on the 'generosity' of market women from the cities who troop the villages to buy the products at whatever price they want.

In cities where public services (utilities and amenities) are relatively available, there are always shortages of essential medicines, equipments, beds, vehicles and specialised professionals in the hospitals. It is common to find patients sleeping on bed mats on the floor of hospitals while nurses and doctors go about their normal duties. In the big cities it is common to hear news that patients have absconded from the hospitals before they are officially discharged because they are poor and cannot pay their bills. As a result patients are now detained after getting well till they pay their bills. Constant disruption of water and electricity supply is a headache for hospital officials, factories and households. It is common to find waste bins filled to the brim and tipping.

Almost all the open gutters are choked and anytime it rains flood begins to threaten the people. In these cities very few houses have their own toilet facilities as a result majority of the people rely on public toilets which are themselves very few and untidy. Some of these toilets stink so much so that one has to take a bath or shower immediately after use. Due to pressure on these few toilets they are always in poor shape. In Accra lack of toilet facilities especially along the coast have forced people to use the seashore as a place of convenience. A visit to Dutch Hotel in Nungua in the morning, afternoon or evening reveals a large army of men, women and children easing themselves not far from where this beautiful hotel is situated. In Nima, Ashaiman, Nungua and James Town all suburbs of Accra, it is common to find human excreta wrapped in polythene bags and thrown into gutters, bushes and onto the street. In the cities there is the problem of managing waste, sanitation and sewerage. All these impact negatively on the health of the people and explain why life expectancy is very low.

Shortage of accommodation means that people have to pay five times what their counterparts in the villages and towns are paying. People in the big cities always pray that rain does not fall in the evening or in the night as that will mean homeless people and hustlers will have to forfeit their sleep. In Accra, Lagos, Kano, Kampala, Nairobi and other major cities across the continent people live in the woods, sleep in metal containers, kiosks and makeshift structures and slum dwelling is very common.

High unemployment in the cities fuelled by rural-urban migration has forced people onto the street. In Accra you can find hawkers of all kinds taking advantage of the ever present traffic jam to sell bread, chewing gum, ice water, apple and those who have nothing to sell engage in crime, and other social vices. A walk through the major streets of Accra, Lagos, Kumasi, Lome, Conakry, Freetown, Abidjan, Nairobi, and Kampala, Arusha, Monrovia and major cities in South Africa reveal how poverty has forced millions of people to beg for food and money. The problem is very disturbing when one looks at the disabled community. Roughly more than half of the beggars in Accra for instance are people who are disabled.

The slave masters determine who should own which business and who should have a share in that business. You cannot get a certificate to operate a business unless you grease the palm of a politician. You cannot get a contract unless you know a politician in the ruling government. You are treated differently if you know the regional minister, the governor or the district chief executive (DCE). As far as one knows a cabinet minister he can do whatever he likes and nobody dares question him. It is always the poor and the have nots who get prosecuted and jailed while the politicians and their cronies who commit atrocious crimes against the state live in their mansions to enjoy their booty. If Mr. Bernard L. Madoff had come from Africa he would have been a freed man by now as his political friends will make sure he does not go to jail.

Contractors do substandard works, collect hundreds of millions of dollars, give politicians their share and that is all. So a road whose live span is twenty years has to be resurfaced after just two years. Like the slavery of old, the politicians, their families, the businessmen and the well connected are not hurt by the storm of poverty in the continent but their slaves who make up the majority of the population do. These corrupt politicians and their associates are holding the people captive with their ill-conceived economic policies and programmes thereby giving them no chance to develop. The politicians in Africa call themselves saviour of the people and have names and titles like Junior Jesus, Servants of the Poor, Friend of the Poor, but they are all lies. None of them cares for the poor but their own stomach.

The people are poor because the slave masters have decided they should remain so, as monies meant for their development have been stolen and are sitting in Banks in Switzerland, Luxemburg, Jersey Island, and Britain. 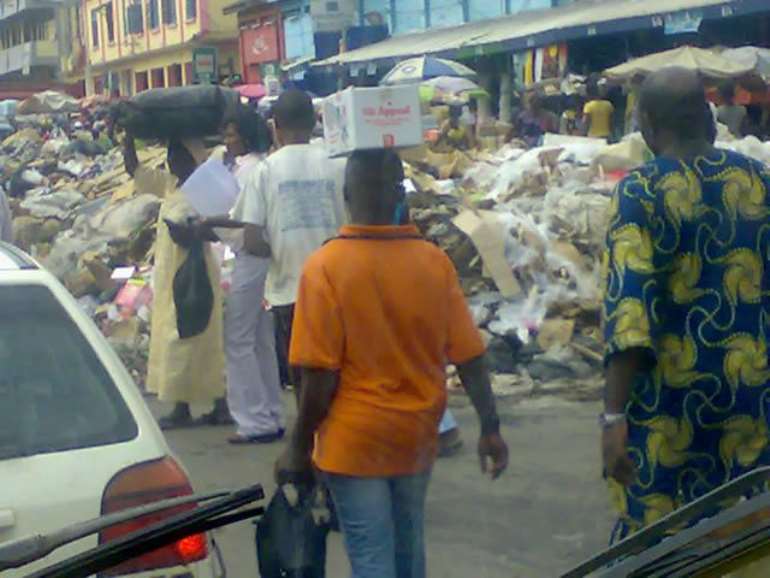 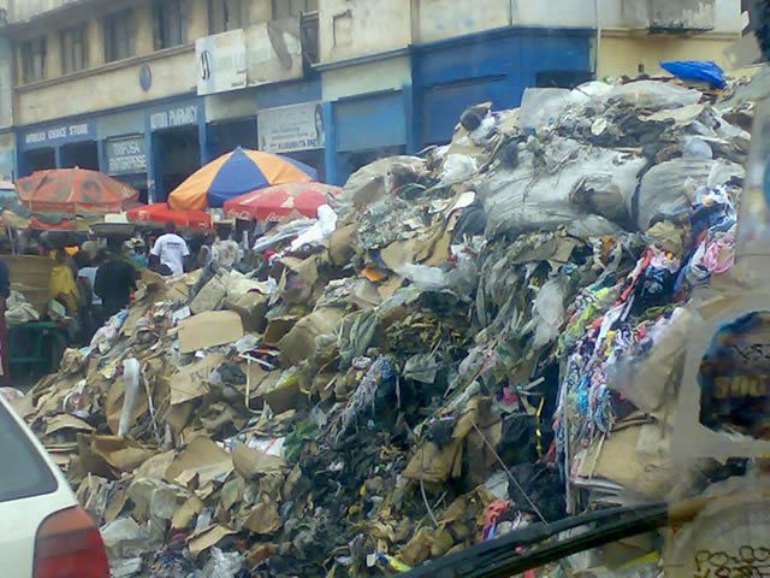 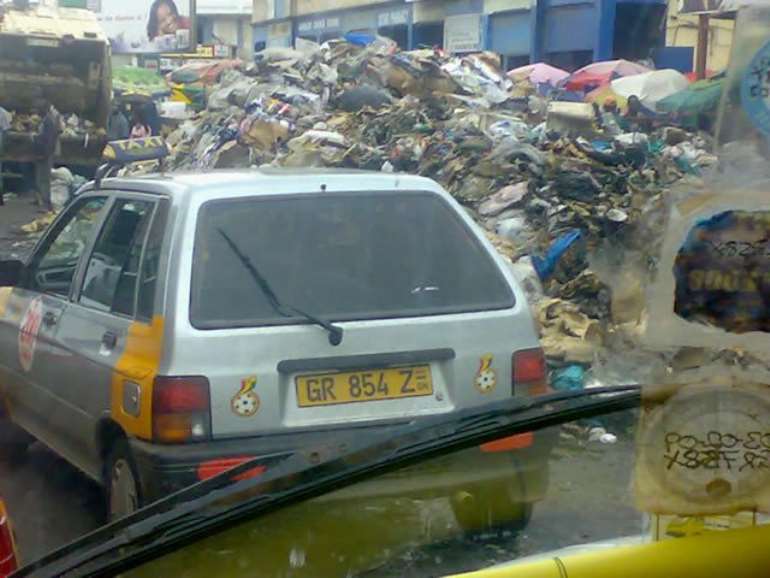 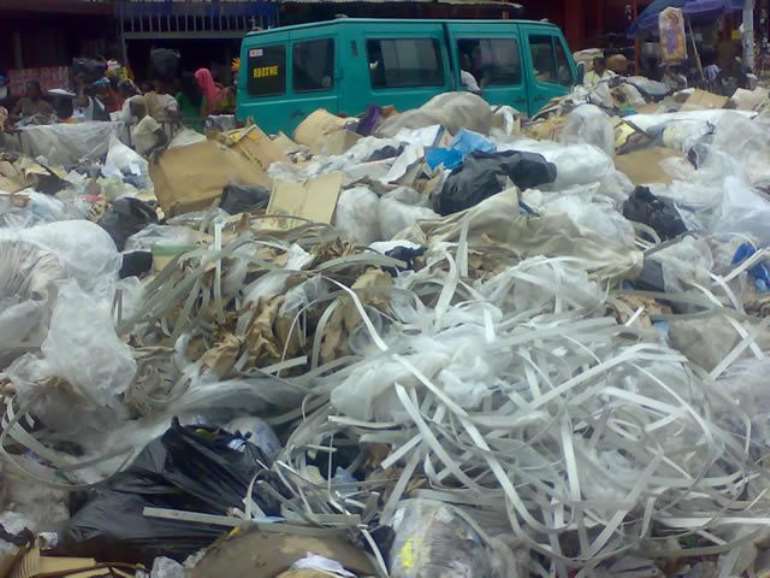 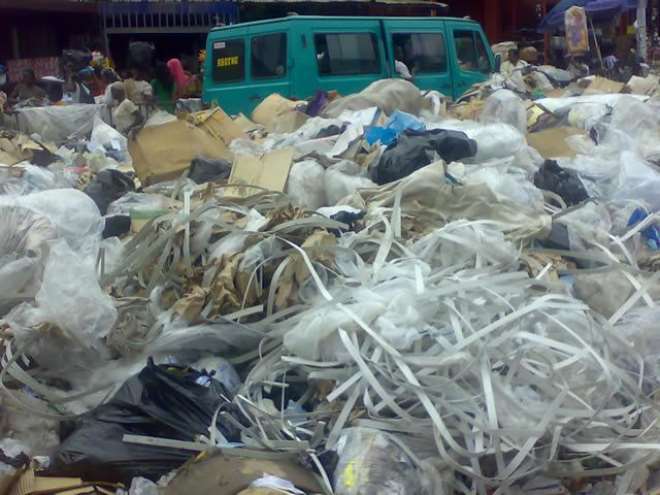 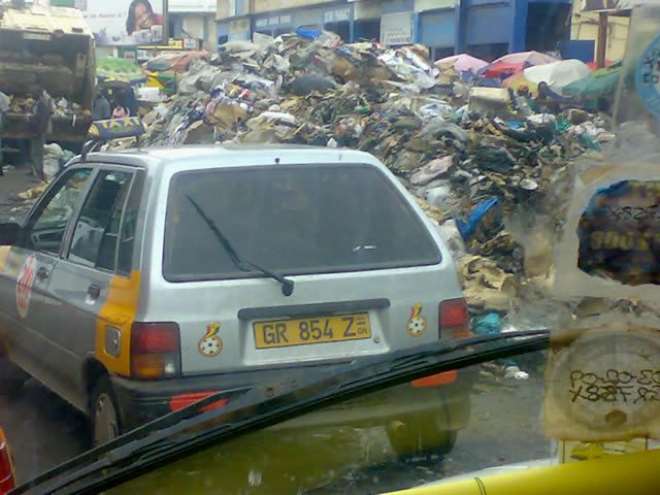 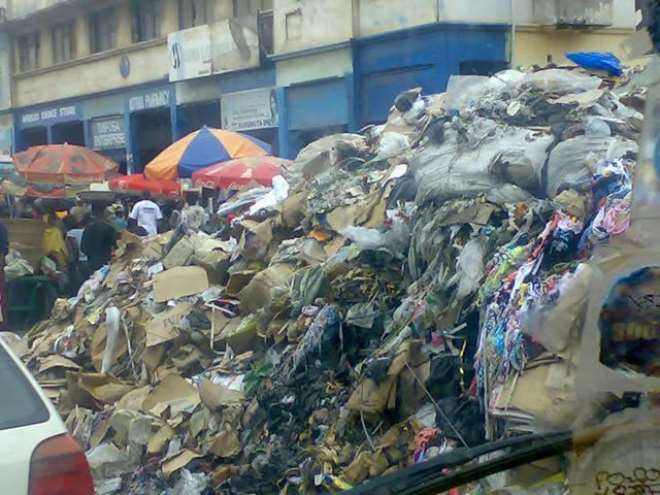 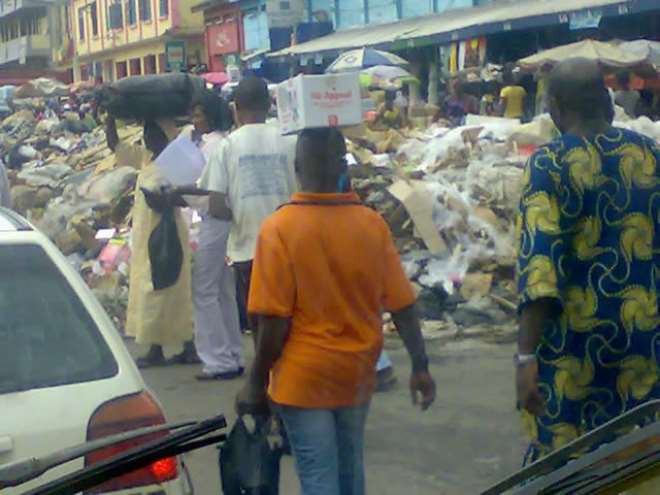