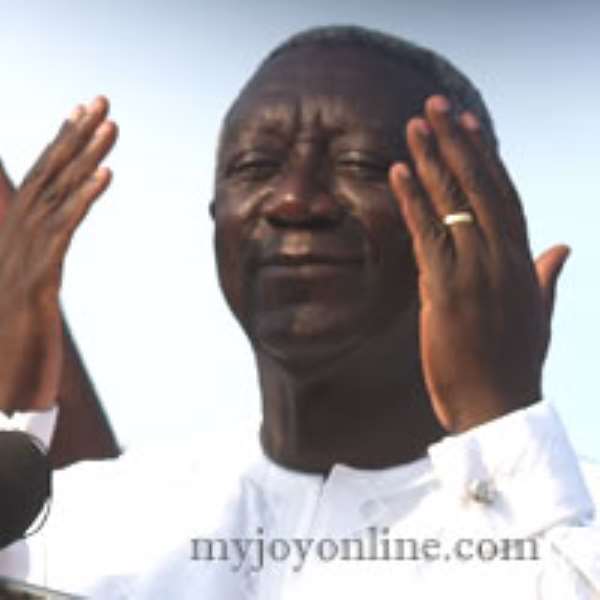 One Oxford Dictionary definition of scoundrel is “an unprincipled (sic) or villainous rogue”.

Who does this definition apply to?
a) The former President b) The Chinery-Hesse Committee c) Our 'Honourable Parliamentarians' d) All of the above e) None of the above

Clue: The only patently wrong answer is (e)
Personally, 'knave(ry)' not “scoundrel” was my gut choice as the appropriate word to describe the horror that is the Presidential End-of-Service benefits. I abandoned that choice not only because it was gender-specific but also because it did not quite convey my distaste.

The contrast with the package for an outgoing American President is odious. I can understand the point of the comparison: to show that even America with a GDP over 30x that of ours has a more prosaic package. But that contrast is fatally flawed for the simple reason that were we to reduce the package to that received by an out-going American President, we will still be over-reaching and foolish. We have nothing in common with America. It is as well the committee did not look to America. They must have looked to some other Banana Republic, with an impoverished population starved of public services and the basics of life, but saddled with a greedy, grasping and self-serving political elite.

The trouble is: Kufuor and his time-serving acolytes have not done anything that is out of character. This final act to guarantee himself such habiliments of the office until he departs this earth is par for the course. We indulged him his presidential jets and jet-setting lifestyle; dibi ma midi bi government contract granting policy; a hotel (albeit under the aegis of his son); a surfeit of blink in the form of national awards; his palace - increasingly his tastes got more extravagant under our watch, and a rowdy but pliant press corps. A press corps defined by their vacuity, their haste to be government apologists and be seen, and heard, above the din of mediocrity.

And the press corps have been at it again, deploying what I call the 'Blackmail argument' to justify this blatant constitutional thievery. This argument posits in essence that our Presidents need an incentive not to stay in office beyond the constitutionally prescribed term. Thus, providing them with creature comforts such as they are used to in office will encourage them to vacate the office. This is a pathetic piece of casuistry. It is blackmail –a crime – and the proponents of this argument should be arrested and charged with accessory to crime. In effect what they are saying is that we should pay our outgoing presidents so that they wont threaten us with an unlawful act – staying beyond the constitutionally mandated term. Not unlike paying an armed robber to desist from robbing you! In a pure democracy, the groundswell and the sheer unanimity at the horror of the Presidential ESB should suffice to exorcise the package. But ours is a Republican government: The core principle of this form of government is representation. The People do not decide issues, they decide who should decide.

Another argument, and apparently one subscribed to by the President himself, according to the Daily Guide, a quasi-executive mouthpiece, is that the package was designed to be one that “befits a president” and “brings dignity to the Presidency”. P-L-E-A-S-E. No.10 Downing Street was too small for the Blair family, so Prime Minister Blair and his family decamped at No. 11 and Gordon Brown, then Chancellor of the Exchequer, occupied No. 10. Not dignified? One of the most revered leaders in world history, Mahatma Gandhi, wove his own clothes, walked barefooted and lived in a hamlet. Not dignified?

Finally, Mr Austin Gamey and Mr. Vice President please do not misjudge the public mood. We are not insulted because of the economic situation now- implying that in the near future, when the economy is better it will be appropriate to do so. We are justifiably outraged because, our healthcare system is a joke; our educational system is at best, a third world benchmark; our social security and retirement scheme provides no comfort for the aged nor hope for the young; unemployment is endemic; our public services are rife with corruption and graft ...and to add insult to injury, our executive is in bed with our parliamentarians to screw us?! When you are able to right these, then we will think of an ESB befitting a President.