In the face of Western Sanctions, Should Zimbabwe Grow Local Productive Capital? 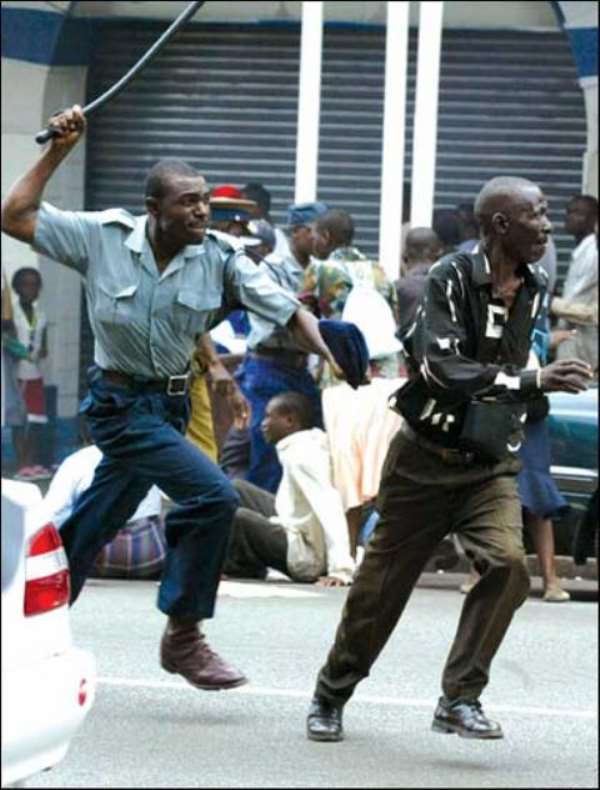 This was the thinking of the World Bank, IMF, and the old growth models of Harrod-Domar and Robert Solow. The mantra was get prices rights, accumulate capital, etc. The World Bank and other development agencies now recognize that trying to divorce the accumulation of capital inputs from institutional and political-economy considerations is a very flawed approach to development. From where cometh the local productive capital? Would you invest in a country with a vampire and predatory state, weak property rights and weak enforcement of contracts, where you do not have a reasonable expectation of a decent return on your capital? The former Soviet Union accumulated lots of capital in the 1950s and grew at a fast rate, but eventually that growth waned because of a weak institutional environment.

Western countries use double standards and have their own parochial interests to protect. However, there is no point in crying over split milk. They will not change their ways. Let's deal with that reality. Our problem in Africa is we cannot commit to free and fair elections. Kenya can't do it, Nigeria can't do it, Togo can't do it, and Ghana can't do it (the official results of the 2004 elections have still not been gazetted). The best servant is your self. In Botswana, the BDP (the late Seretse Khama's party) has won every election since independence in 1966. Botswana's current president, Ian Khama is the son of Botswana's first president, Seretse Khama. Botswana has had four presidents since independence: Seretse Khama, Quett Masire, Festus Mogae, and Ian Khama. Quett Masire is the only president who does not belong to the Bamangwato tribe. Masire comes from the Bangwaketse tribe. However, Botswana's elections have always been seen as free and fair. There haven't been allegations of foul play.

It appears that once a society has agreed on a system of political transition that is conducted in a free and fair manner, the outcome, even if dominated by one group, may be politically sustainable. But even more importantly, the BDP has governed in a very inclusive manner. They have shared the wealth of the nations through investments (across the country).

Using the revenue from diamond exports, the BDP has invested in public goods: roads to virtually all parts of the country, health care, schools, education, housing, electricity generation and distribution, etc. The revenue from diamonds was not used to line the pockets of politicians but was instead used to create the modern infrastructure required for economic progress. That is why Botswana is one of the few stars of Africa.Sereste Khama set the tone by not engaging in the politics of tribalism and division. One of the most crucial decisions of Seretse Khama's presidency was the passing in 1967 of the Mines and Minerals Act that vested sub-soil mineral rights in the national government. Prior to this, the tribes held these rights. Given that the main diamond mines were under the lands of the Bamangwato, whose paramount chief wasSeretse Khama, this was ample demonstration of the fact that Seretse Khama put the interest of the nation ahead of tribal, ethnic, or parochial interests.I am not arguing that democracy is panacea for development. Indeed, Fukuyama (2008,p. 27-28) argues that "Neither South Korea during the 1960s or 70s, nor China from the period 1978-present, had a strong rule of law; property rights were partial and insecure, and there was a weak legal infrastructure in both countries. They, did, however possess strong developmental states that maintained political order and pursued pro-developmental rather than predatory policies.

Their growth rates were not worse than territories like Hong Kong or Singapore that inherited modern rule-of-law systems from the British." He continues ">roperty rights are more important to growth than individual human rights (e.g., freedom of speech, association, religion) or political rights. We know of many fast-growing regimes that offer full, partial, or quasi-property rights without protecting other types of individual rights (China, Malaysia, Singapore, United Arab Emirates)."I do not disagree with Fukuyama (2008) nor do I wish to claim that there are general rules for every country. If de jure or de facto autocracies like China or Singapore have been able to sustain high levels of growth, then democratization or strengthening their democracy may not be necessary insofar as their citizens have an instrumental value for democracy as opposed to an intrinsic value for democracy.

However, there are autocracies and pseudo-democracies whose politico-economic history is sufficiently bad to warrant democratization or the need to strengthen their existing democracies. In other words, policy reform must be guided by the politico-economic track record and history of the country. And most of Africa's politico-economic track record has been so bad. Indeed, Fukuyama (2008, p. 29) recognizes this point when he argues that "n countries ruled by competent development states, greater political participation, particularly if introducedsuddenly, may lead to increased demands for redistribution and rent-seeking, both of which may be detrimental to growth. On the other hand, in countries with some combination of predatory states, low capacity, and high levels of corruption, democratic accountability may be the only route available for institutional change and long-term growth." In Mugabe's case, how did we go from free and fair elections to re-colonization, puppets of the west, etc? No one is saying that Robert Mugabe must be removed at all cost. But in a country with millions of people one person or a group thereof cannot lay exclusive claim to good ideas, intelligence, or the right to govern in perpetuity especially after 28 years of being in power. Let Zimbabwe have free and fair elections. If Robert Mugabe wins, that's fine. You can't eat your cake and have it. You cannot be a predatory and vampire state, terrorize your citizens, share the wealth of the country with your cronies and expect local productive capital to fall from the sky. Capital and politics are inextricably linked.

Dr. J.Atsu Amegashie, is Associate Professor of Economics at Guelph University and a columnist of www.Africanliberty.org.